× STREAMCHILDREN OF THE HOLOCAUST: Watch our preview and discussion of AZPM's upcoming project, Children of the Holocaust.
February 9, 2022

Infrastructure act funds are on the way to Arizona

The first rounds of funds will go to mine and well cleanup and public transit. by Megan Myscofski Tweet 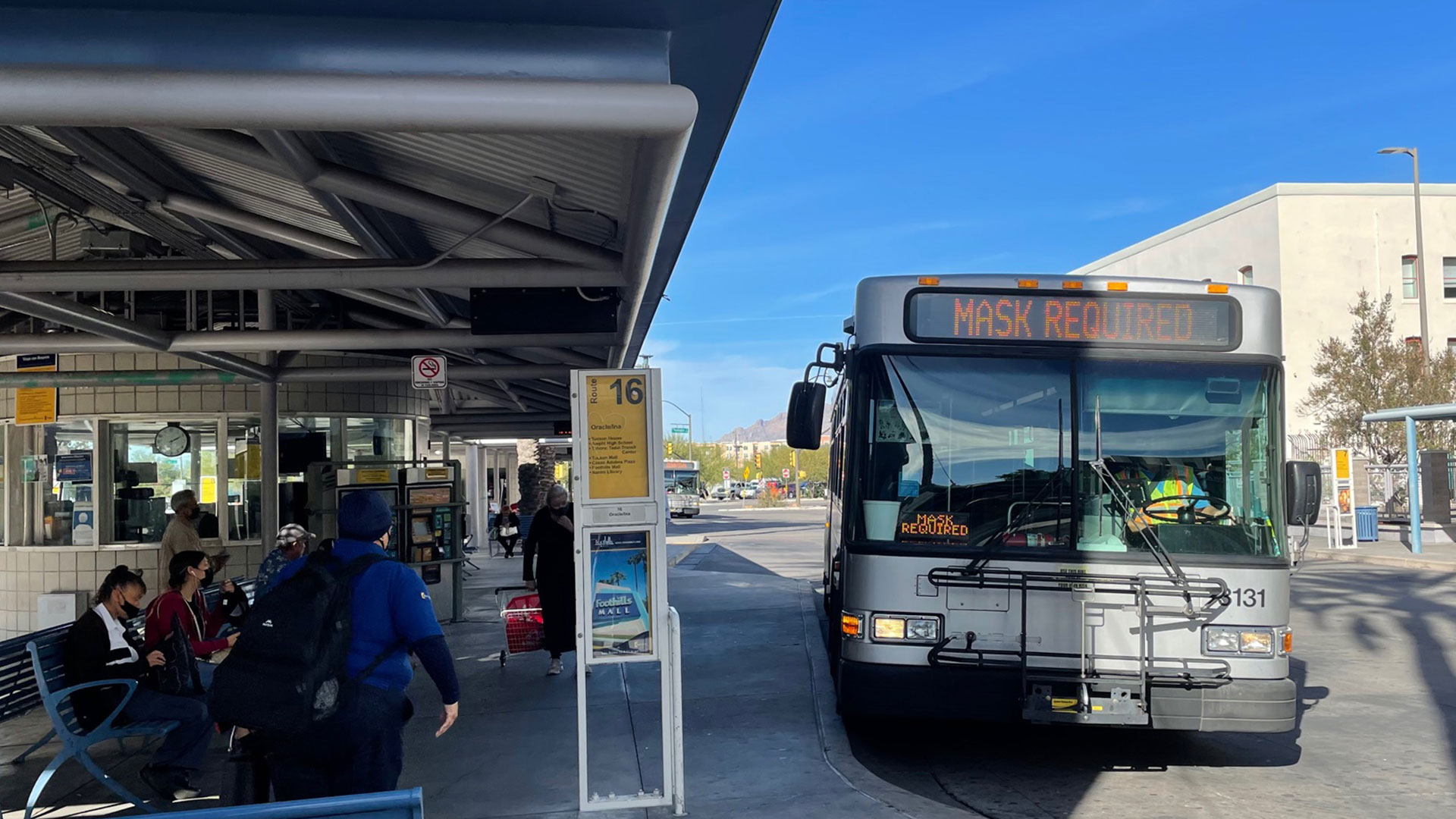 Passengers wait to board a bus at the Ronstadt Transit Center in downtown Tucson. Rides have been free since March 2020.
Tony Paniagua/AZPM

Funds to improve public transit and clean up orphaned mines are on their way to Arizona. They are the first projects the federal government has announced through the Infrastructure Investment and Jobs Act.

Arizona is set to receive nearly $50 million for public transit, which will start to arrive this year. U.S. Rep. Raúl Grijalva said the funds will create more reliable transit and union jobs.

"To a great degree, the state administration has a great discretion on how they use that money, and where they emphasize it," he said.

"People have walked away from mines after they extracted all they needed and left it to somebody else to clean up that mess, and those are leaching. Those are still there. Those are a public hazard danger," Grijalva said.

Many of the state’s orphaned wells and mines are on public and tribal lands. Grijalva says that should make it easier for the state to access the sites.

Arizona puts $40 million towards rural transitional housing for the unhoused The Buzz: Looking back on 2022 Pima County cuts new deal with World View
By posting comments, you agree to our
AZPM encourages comments, but comments that contain profanity, unrelated information, threats, libel, defamatory statements, obscenities, pornography or that violate the law are not allowed. Comments that promote commercial products or services are not allowed. Comments in violation of this policy will be removed. Continued posting of comments that violate this policy will result in the commenter being banned from the site.