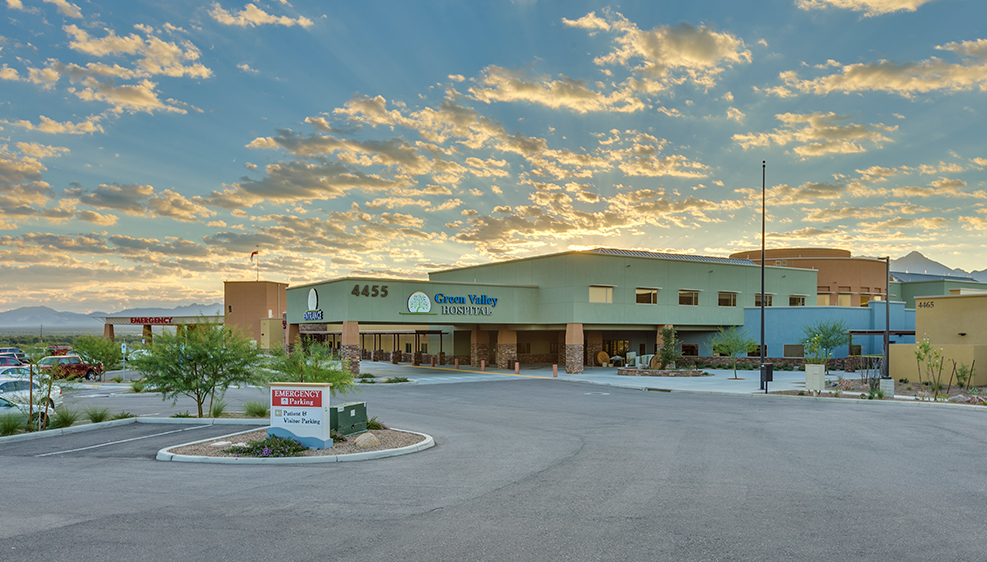 Santa Cruz Valley Regional Hospital notified employees this week it could go out of business within 60 days. It's the second time in 2 years the facility has been at risk of closing. Competition from a new 18-bed hospital in Sahuarita has also hurt.

The editor of the Green Valley News, Dan Shearer, says the 49-bed hospital struggled under the same challenges that have left many parts of the country without local care centers.

He says a proposed sale to Tucson Medical Center collapsed last week, and the facility is looking for a new owner or partner. Hospital officials predict someone will come to the rescue, especially since it was built specifically as a hospital in 2015 and would be difficult to repurpose for any other use.

Local officials talk about new federal stimulus package Pandemic threatens hospital in Green Valley as patient visits decrease Green Valley Hospital Files for Chapter 11 Bankruptcy
By posting comments, you agree to our
AZPM encourages comments, but comments that contain profanity, unrelated information, threats, libel, defamatory statements, obscenities, pornography or that violate the law are not allowed. Comments that promote commercial products or services are not allowed. Comments in violation of this policy will be removed. Continued posting of comments that violate this policy will result in the commenter being banned from the site.