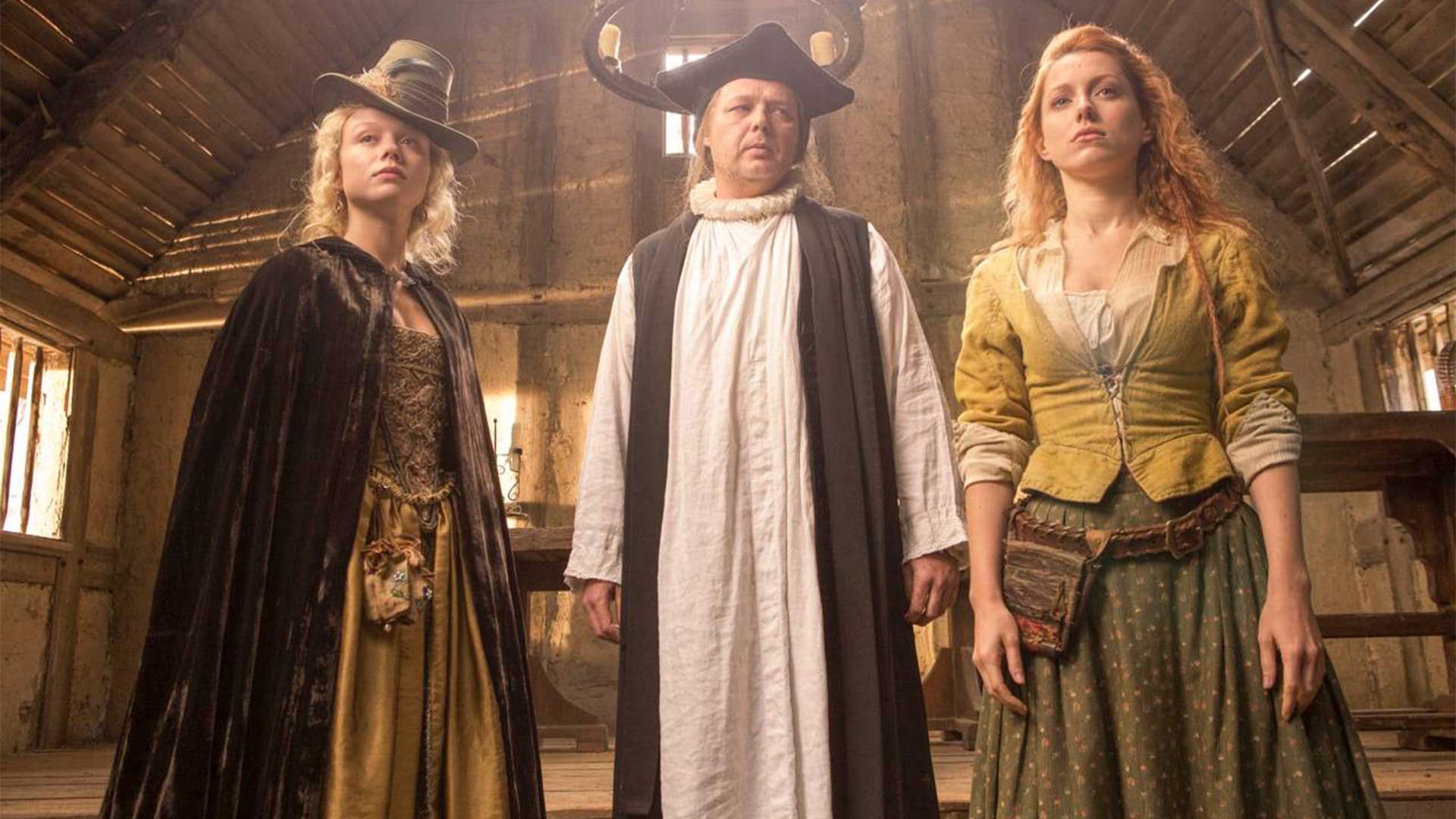 JAMESTOWN, the epic eight-part drama, will premiere on the PBS MASTERPIECE Amazon channel and on PBS Passport beginning March 23, 2018
PBS

From the producers of Downton Abbey, the first season of the epic eight-part drama JAMESTOWN will premiere on the PBS MASTERPIECE Amazon channel and on PBS Passport beginning March 23, 2018.

This new dramatic series follows the lives of three courageous, dynamic women who decide to leave their dark pasts behind in England and make the journey of a lifetime across the ocean for a new life in 17th Century America.

Written by Bill Gallagher (Lark Rise to Candleford, The Paradise), a new episode of the series will be available each Friday on PBS MASTERPIECE Amazon channel by subscription. JAMESTOWN will also be accessible to stream immediately via PBS Passport, a member benefit for PBS station donors that offers extended access to a rich library of public television programming (more information about AZPM PASSPORT is available here).

Taking viewers back to 1619 Jamestown, Virginia, Alice, Verity and Jocelyn are among the first women to arrive in the English colony. Duty bound to marry the three men who have paid for their passage to the New World, they have little idea of what the future holds or the disruption their arrival is about to bring. Twisting storylines follow the new arrivals as they make an immediate impact and are thrust into a new world of love, desire, power and survival. While love triangles, bitter rivalries and fierce competition cause conflict for the residents, ultimately they are bound together by their resolute will to survive and thrive in their new lives.

The series is distributed worldwide by NBCUniversal International Distribution.

PBS Distribution offers consumers and educators over 4,000 hours of the highest quality factual, scripted and children’s programming, including films from producer Ken Burns, hit dramas from MASTERPIECE, entertaining and educational children’s series and award-winning documentaries from NOVA, FRONTLINE, AMERICAN MASTERS, NATURE, AMERICAN EXPERIENCE and many independent producers. For over 20 years, the company has extended the reach of programming beyond broadcast while generating revenue for the public television system, stations, and producers.

About Carnival Films
Carnival Films is a division of NBCUniversal International Studios and one of the UK’s leading drama specialists. The company is responsible for the global television phenomenon Downton Abbey and current primetime series such as The Last Kingdom for Netflix and Jamestown and Stan Lee’s Lucky Man for Sky 1. Other shows produced over Carnival’s history include Poirot, Hotel Babylon, Whitechapel, and Dracula as well as award-winning mini-series such as Traffic, Any Human Heart, The Lost Honour of Christopher Jefferies and The Hollow Crown anthology. Carnival has received a host of national and international awards including Primetime Emmys, Golden Globes, and BAFTAs and has been recognized as the UK’s best production company at both the Bulldog Awards and Broadcast Awards.

Arizona Public Media Announces Management Changes and Promotions Letter from the CEO Longtime PBS NewsHour Anchor and Co-Founder Jim Lehrer Has Passed Away at 85
By posting comments, you agree to our
AZPM encourages comments, but comments that contain profanity, unrelated information, threats, libel, defamatory statements, obscenities, pornography or that violate the law are not allowed. Comments that promote commercial products or services are not allowed. Comments in violation of this policy will be removed. Continued posting of comments that violate this policy will result in the commenter being banned from the site.