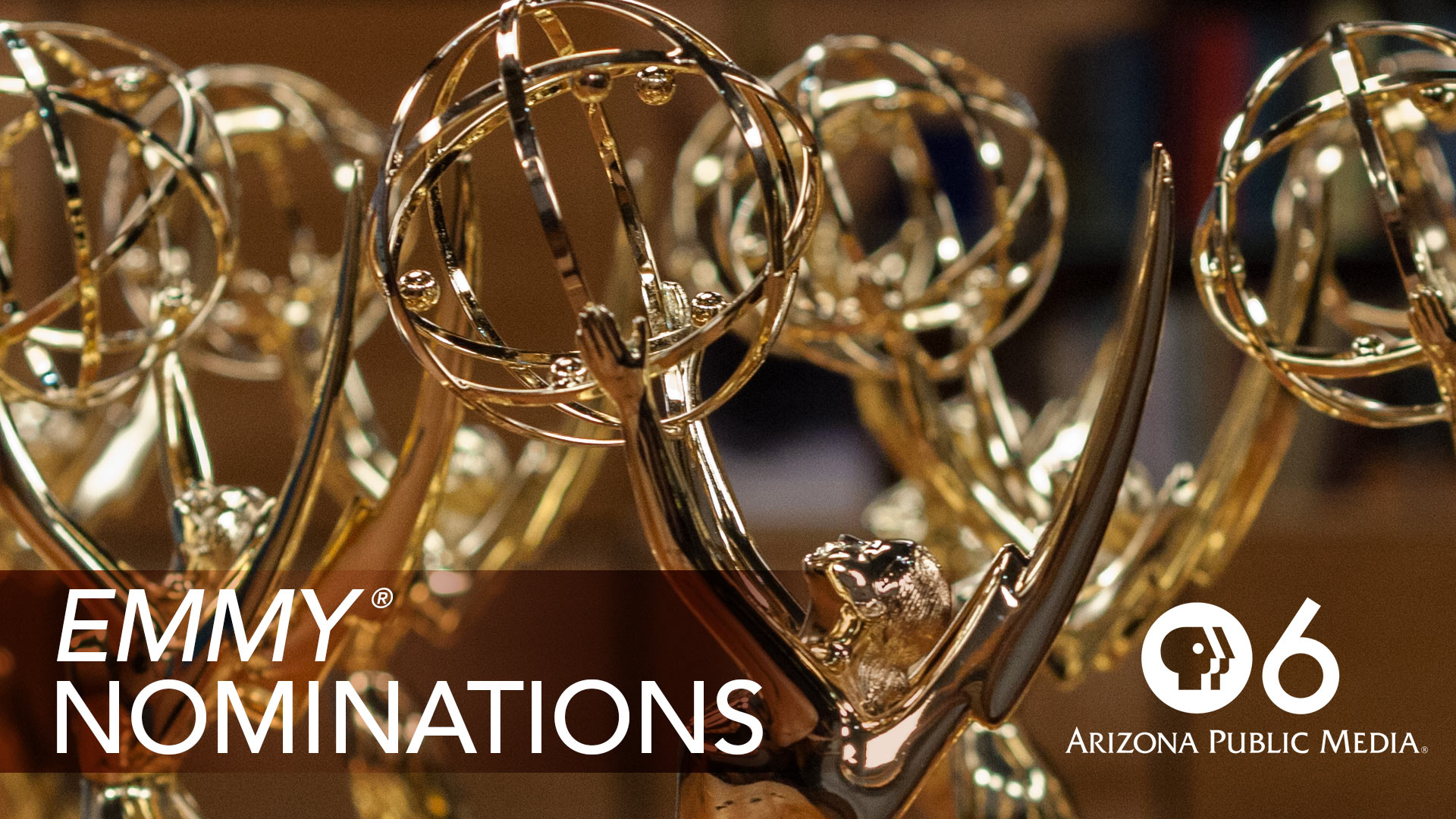 AZPM is proud to be recognized by The Rocky Mountain Southwest Chapter of the National Academy of Television Arts with 32 individual Emmy® nominations for 17 projects across 12 categories in 2019.
AZPM

AZPM received 34 individual Emmy nominations for 17 projects across 14 categories, more than any station or entity in Tucson and the most for a public media organization in the region, which includes Arizona, New Mexico, Utah, Wyoming, and El Centro, California. The Emmy judges clearly recognize the work of the talented team here at AZPM. I am pleased that the work and dedication of our colleagues to their craft has again been acknowledged with these nominations.

I am especially delighted to report that our colleague Gisela Telis has been nominated for the Journalistic Enterprise award in recognition of the body of work she has produced on mental health issues over the past year. This is a first for AZPM!

AZPM has been nominated again for the Overall Excellence Award. This award recognizes our collective efforts in television production, station operations, and service to the community. Every staff member, volunteer, student and contributor shares in this recognition.

Please join me in congratulating the nominees. I am privileged to work alongside them at AZPM and wish them the best of the luck at the 41st Annual Rocky Mountain Emmy Awards ceremony, which will take place on September 22nd.

With the media landscape seemingly always in flux, it is important that we not only adapt to our audience’s listening habits but also to take into account where and how they get their news.

Morning Edition listeners may have noticed some changes in the program’s format recently. These changes are designed to deliver a live and “in-the-moment” experience for our listeners, with the show being hosted on-location for big stories, drilling down on key issues with newsmakers, and spending time in the immersive features that set public radio apart and that listeners tell us they value deeply.

During Morning Edition, the national NPR Newscasts will return to the “bottom” of the hour (on the half hour), rather than two slightly shorter Newscasts airing at the :19 and :42 minute marks. Also, the programming segments that immediately follow the NPR Newscasts have been lengthened slightly, allowing more time to cover the most important stories of the day.

Each new half-hour program will focus on a single theme. Studio interviews will delve into what you need to know to better understand a complex topic ranging from local politics to the environment, arts & culture, and innovation & discoveries made at the University of Arizona.

The Buzz will air on Fridays on NPR 89.1 FM starting September 14th. A podcast version will also be available on iTunes.

We value our audience and your feedback. To let us know what you think about this or any of our programs, send us an email or connect on social media.

Thank you for making NPR 89.1 your source of news and information, and for your support of Arizona Public Media.

Letter from the CEO American Portrait explores what it really means to be an American today
By posting comments, you agree to our
AZPM encourages comments, but comments that contain profanity, unrelated information, threats, libel, defamatory statements, obscenities, pornography or that violate the law are not allowed. Comments that promote commercial products or services are not allowed. Comments in violation of this policy will be removed. Continued posting of comments that violate this policy will result in the commenter being banned from the site.