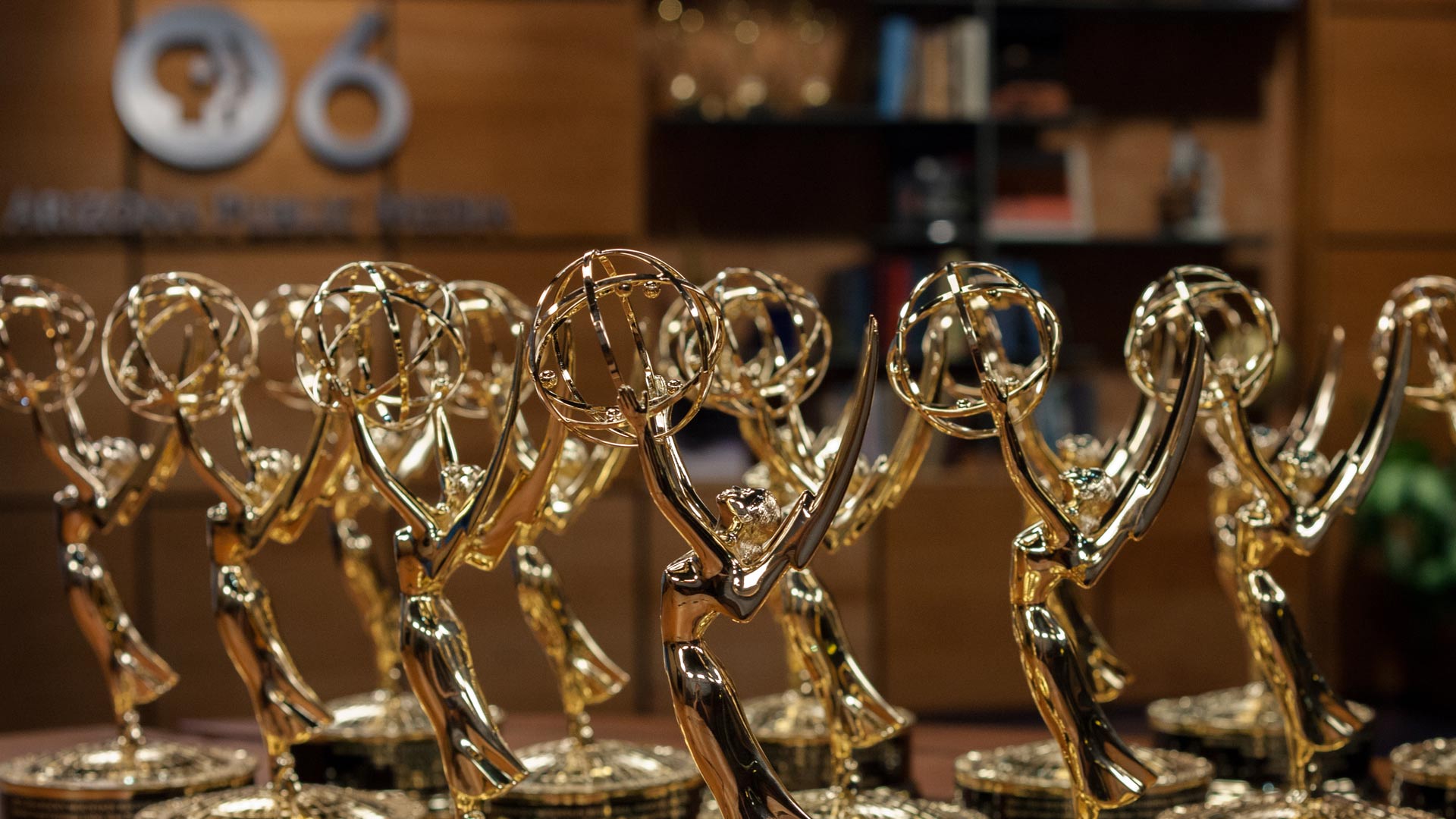 AZPM is proud to be recognized by the Rocky Mountain Southwest Chapter of the National Academy of Television Arts and Sciences.
AZPM Staff

“It takes a village to land an Emmy,” said Jack Gibson, AZPM Chief Executive Officer. “I am grateful to everyone who has supported the winners and nominees in the continued production of the stellar content that enriches our community.”

In fewer than seven years, Tucsonan Sean Parker went from novice to internationally celebrated photographer and cinematographer. He now has an online audience of more than 600,000 followers. His fascination with photography has taken him all over the globe, from Iceland to Australia, working with some of the most recognizable media companies and brands in the world.

Arizona 360 travels to El Paso, Texas where the Trump campaign hosted a rally for border security. Along the way, Lorraine Rivera visits community members, business owners and law enforcement in Southeastern Arizona, New Mexico and Texas to see how they interpret rhetoric from Washington, D.C. about a crisis at the southern border, and what solutions they believe would improve border security.

27-year-old Tucson-based nurse and distance runner Sarah Sellers trains every day, but unlike many runners who dominate the big races, she wasn’t a professional runner until recently. She had only run one marathon when she entered the best-known race in the country…and placed second in the Boston Marathon earlier this year.

More than 650,000 Americans are released from prison every year. They face an uphill climb when transitioning to civilian life, including barriers to employment and housing that leave many unmoored, unsupported, and unable to move forward. Danny Howe made that climb himself after serving time in prison—and now he’s helping other formerly incarcerated people rebuild their lives too.

In the last five years, AZPM staff members have won 57 individual Emmy awards, including the prestigious Governor’s Award for the 2016 original documentary Passing On, and the Overall Excellence Award in 2015.

Arizona Public Media (AZPM) is an editorially independent, nonprofit public service of the University of Arizona (UA) and provides three television program services (PBS 6, PBS 6 Plus, and PBS Kids), four radio services (NPR 89.1, Classical 90.5, Jazz 89.1 HD2 and the BBC World Service) and a variety of online program offerings at azpm.org. AZPM is funded through the generous support of annual and sustaining members, the business community through program underwriting, fee-for-service production activities, the Corporation for Public Broadcasting, and direct and in-kind support from UA.

Arizona Public Media® and AZPM® are registered trademarks of the Arizona Board of Regents, which holds the FCC broadcast licenses for all AZPM stations, for the benefit of the University of Arizona. More information about AZPM, including program schedules and Video-on-Demand offerings, can be found online at azpm.org.

Letter from the CEO Letter from the CEO Arizona Public Media and Arizona PBS Announce At-Home Learning Partnership to Provide Educational Content to Teachers, Students Affected by Coronavirus (COVID-19) Crisis
By posting comments, you agree to our
AZPM encourages comments, but comments that contain profanity, unrelated information, threats, libel, defamatory statements, obscenities, pornography or that violate the law are not allowed. Comments that promote commercial products or services are not allowed. Comments in violation of this policy will be removed. Continued posting of comments that violate this policy will result in the commenter being banned from the site.