Authorities say the lab had the capacity to produce hundreds of thousands of pills of the powerful and deadly opiate. by Murphy Woodhouse, Fronteras Desk TWEET SHARE 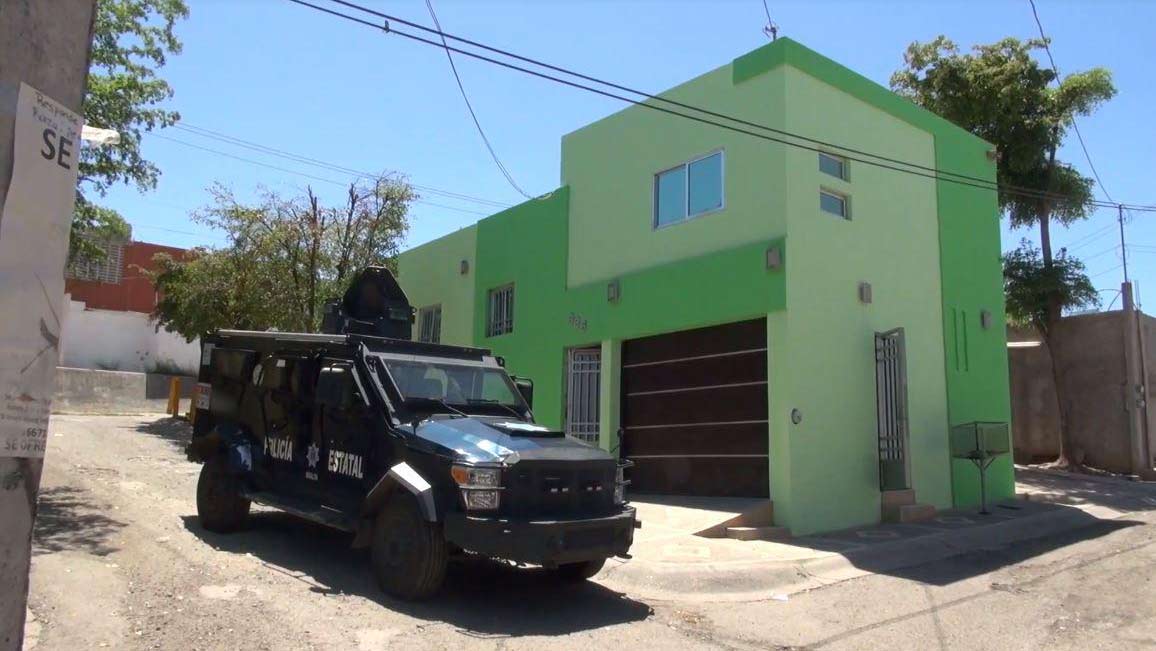 Sinaloan state police and soldiers found what is believed to be a fentanyl laboratory in this house.
Sinaloa Secretary of Public Security

After being shot at by suspects early Wednesday morning, state police and army units discovered a fentanyl laboratory in the northwestern Mexican state of Sinaloa. It’s just south of Sonora, which borders Arizona.

“It’s the first lab found in the state of Sinaloa with these characteristics,” said Sinaloa’s Public Security Secretary Cristóbal Castañeda Camarillo at a recent press conference. It was found in the capital Culiacán.

Authorities say the lab had the capacity to produce hundreds of thousands of pills of the powerful and deadly opiate, according to a release. No authorities were injured in the gunfire.

Seizing fentanyl at Arizona’s border A firsthand look at how the Pima County Sheriff's Department seizes drugs off the streets Hermosillo among hardest hit Mexican capitals economically during pandemic
By posting comments, you agree to our
AZPM encourages comments, but comments that contain profanity, unrelated information, threats, libel, defamatory statements, obscenities, pornography or that violate the law are not allowed. Comments that promote commercial products or services are not allowed. Comments in violation of this policy will be removed. Continued posting of comments that violate this policy will result in the commenter being banned from the site.