How teens brought a skate park to their Native American reservation

The village of Tewa, Ariz., recently ramped up its skating scene. by NPR/Shelby Hawkins Tweet 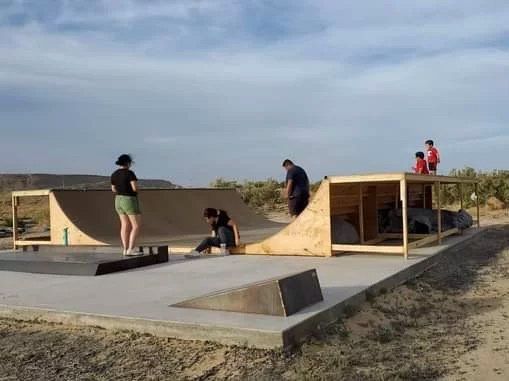 The skate park was a community effort.
Deidra Honyumptewa

Kids living on the Hopi reservation get to drop in on a new halfpipe in the town's first ever skate park thanks to a team of five teens known as Skate264.

"There wasn't really any place to skate down here. Most of the surrounding area is just dirt and rocks," said Quintin Nahsonhoya, one of the skate collective's co-leads.

The group's main goal was to create a safe space to skate. Before the park, Quintin said he and his friends would skate on gravel paths and highway 264, which is the main interstate that runs through the Hopi reservation.

"We saw a whole bunch of skaters that were just skating on those little makeshift parks at the basketball courts or on the road or at hospitals or schools — anywhere that has concrete, pretty much," Quintin said. "So we thought it would be a good idea to bring a skatepark out to Hopi just because we didn't want anyone getting hurt or in trouble getting into places they shouldn't be, trying to skate."

Skate264 started two years ago when 17-year-old Quintin was taking a trip through Navajo country and noticed a stark difference between there and his home town.

"There's some tribes around Phoenix too who've gotten some pretty good parks," he said. "Whenever I would go to that part of the country, I would see their skate parks and then I would come back to my reservation and there'd be nothing here. I thought that was kind of unfair."

The Hopi community was immediately on board and rallied behind the teens. 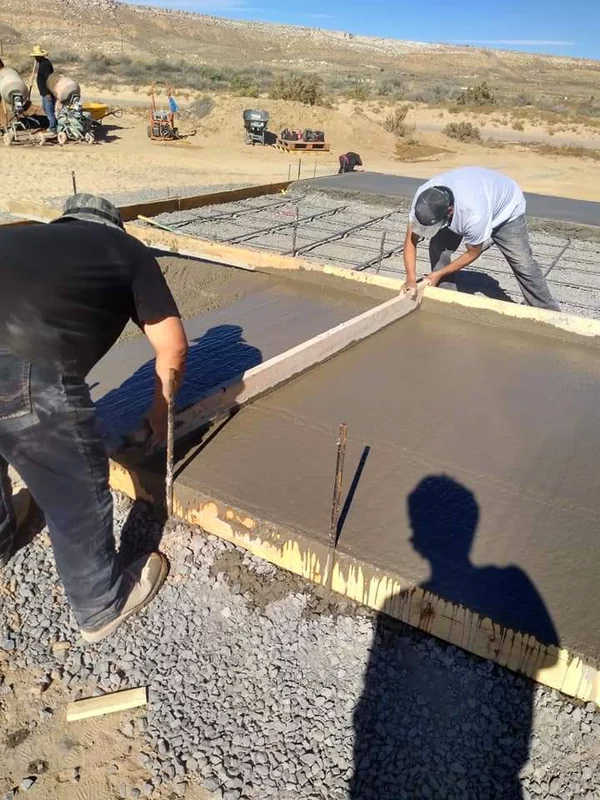 Two years later, and with the help of fundraisers, sponsorships and merchandise sales, they were finally able to build the park – complete with a ledge, kicker ramps and a manual pad.

Tewa wants to continue expanding the park, according to Deidra Honyumptewa, chair of the village's board of directors. The skate park currently sits next to a softball field, but they plan to add lights and a basketball court. Quintin said he's happy to have been able to spread positive change, and help change the negative stereotypes about skaters.

"Skateboarders aren't like how they're perceived in movies, as punks or like people who just want to get into trouble," he said. "It's just a hobby that we have... and the community understood that."

Episode 349: Exploring the University of Arizona campus arboretum NASA's Webb telescope has discovered its first exoplanet My wife and I quit our jobs to sail the Caribbean
By posting comments, you agree to our
AZPM encourages comments, but comments that contain profanity, unrelated information, threats, libel, defamatory statements, obscenities, pornography or that violate the law are not allowed. Comments that promote commercial products or services are not allowed. Comments in violation of this policy will be removed. Continued posting of comments that violate this policy will result in the commenter being banned from the site.