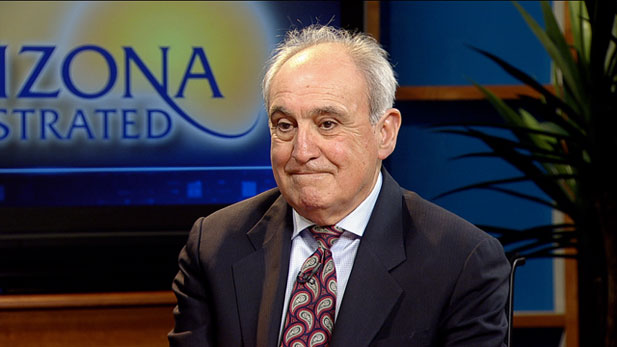 Pima Community College has been placed on probation by the organization that accredits it. The move comes over questions about Pima's leadership, finances, personnel policies and other issues, the Higher Learning Commission said.

In a "public disclosure notice" dated April 6, the commission said Pima is on probation for up to two years with an "opportunity to remedy the concerns that led to the probation." It remains accredited.

"The commission's board of trustees took this action because of concerns related to integrity, financial management, personnel policies and procedures, shared governance, board oversight of the institution and systemic and integrated planning," the commission's statement said.

Pima notified its campus communities - faculty, staff and students - via an email Wednesday from Interim Chancellor Zelema Harris, in which she outlined how the college will respond. It included ongoing reviews, filing of a monitoring report by Aug. 1 and a site visit in 2014.

"We can use this opportunity to improve services to our students and the community," Harris said in the email. "Toward that end, I will begin working with key constituencies to create a strategic plan that will allow PCC to address areas in need of improvement."

Harris pointed out in her email that Pima remains accredited, that student credits still transfer to other institutions and that the commission's probation does not involve academics or student services.

The issues that led to probation are related to Pima's former chancellor, Roy Flores, who resigned last year after taking a medical leave. That came following the filing of complaints against him by several female employees about sexual harassment and other issues.

Additionally, Pima was cited for financial issues, including the awarding of no-bid contracts under Flores' tenure, and for evidence that the Board of Governors was unresponsive to the sexual harassment allegations and other issues.

The commission's initial warning report, sent in March, said there were "serious concerns" over a wide range of allegations, including lack of college response to complaints against Flores.

Shortly after issuance of the initial report, Suzanne Miles resigned as interim chancellor, saying she had determined that her continuation as head of the college could be seen as an obstacle. Miles was in an executive position under the Flores administration.

Harris was appointed to replace her as interim chancellor a few days later.

Pima had been searching for a permanent chancellor earlier this year and identified three finalists. One of them declined to continue the process and a second withdrew later when it was disclosed there were financial irregularities at a college she led in California last decade.

At that stage, Pima suspended its search and fired the consulting firm that had brought the candidates forward. The status of the search, which had targeted July 1 for hiring a chancellor, is up in the air.

PCC Chancellor's Mission: 'Put Wheels Back on Bus' What Probation Means for PCC PCC Interim Chancellor Resigns
By posting comments, you agree to our
AZPM encourages comments, but comments that contain profanity, unrelated information, threats, libel, defamatory statements, obscenities, pornography or that violate the law are not allowed. Comments that promote commercial products or services are not allowed. Comments in violation of this policy will be removed. Continued posting of comments that violate this policy will result in the commenter being banned from the site.