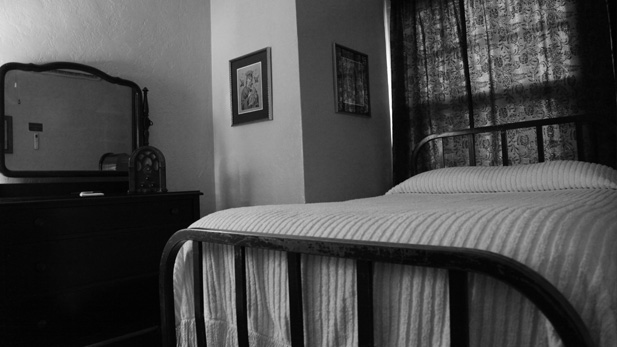 A woman reportedly came to an untimely demise in Room 242 inside the Hotel Congress.
Laura Palmisano

As Halloween approached Mark McLemore, the host of Arizona Spotlight, asked me if I knew a librarian in Tucson who collected ghosts stories. He thought I was the person who told him about this story collector.

I told him I didn’t know the person he was searching for but offered to help find them.

While searching the Internet for this librarian, I came across a collection of articles on the Pima County Public Library’s website called the Librarian Files. 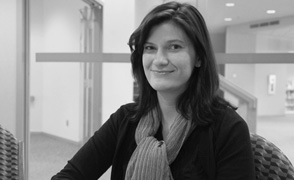 The article that caught my attention is called "Ghosts in Tucson."

It’s a list of about 30 locations across Pima County, where ghosts have allegedly been sighted.

I got in touch with Sara Hayden, the librarian who oversees the files, in hopes of learning more about the ghost list.

“The librarian files are...an electronic resource available through our library website, but what they began as a long time ago was actually a collection of paper files," Hayden said. "They are made up of things that our staff members found in the course of answering our community's questions. The idea is sort of like...your grandma’s recipe box but with more news articles."

Hayden said she doesn’t know who originally created the "Ghosts in Tucson" entry.

“This is a list that I inherited, (which) had been put in the Librarian Files some time ago," she said. "It’s a list of places that we’ve heard in the Pima County area where people have reported hauntings or ghost sightings."

Hayden said the library is in the process of editing the Librarian Files to make sure the information in the collection is verifiable. She said the Ghosts in Tucson file needs editing and she can't vouch for the information on the list.

I decided to checkout one of the locations on the list for myself. 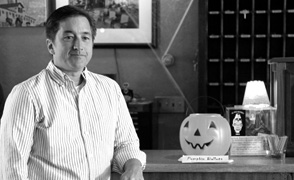 David Slutes, the entertainment director for the Hotel Congress, took me on a tour of some of the haunted rooms in the almost century-old hotel in downtown Tucson.

Slutes said the hotel's Room 242 is the last room he usually rents. He said that a woman allegedly committed suicide in the room and her spirit now haunts it.

"In fact, our maids have, without even telling us, put a lot of religious (artifacts) in the room just to dim the bad spirits in that room," Slutes said,

He also told me about another ghost, who supposedly haunts the hotel, named Venice.

"I knew Venice," Slutes said. "And about a year-and-half after he passed away, the maids are coming to me (saying) Venice is bothering (them) again. He never got along with the maids."

He said Venice would never bus his breakfast plate. 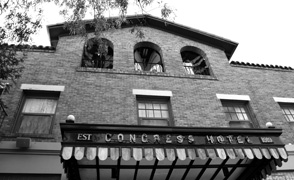 Some of the other locations on the list include Colossal Cave Mountain Park, where the ghost of Frank Schmidt supposedly haunts the cave; the Pioneer Hotel where the screams of people who were killed in a fire are reportedly heard, and even the UA's Modern Languages building, which is where the AZPM station is located. The apparition of a woman in a white dress allegedly haunts the building, but I haven’t seen her.

Hayden said the "Ghosts in Tucson" file might not be around for much longer, if the library can’t confirm the information on the list.

"If we are able to find an authoritative and verifiable source it is more likely that information will remain in the file otherwise we would have to remove it because we are pretty dedicated to presenting our community with good information that we can point to a source for," she said.

Local Junk Shop May Be Home to Friendly Ghosts Finding perspective on race and privilege: "Master Harold"... and the Boys "The 89-90 Trip" reaches its destination.
By posting comments, you agree to our
AZPM encourages comments, but comments that contain profanity, unrelated information, threats, libel, defamatory statements, obscenities, pornography or that violate the law are not allowed. Comments that promote commercial products or services are not allowed. Comments in violation of this policy will be removed. Continued posting of comments that violate this policy will result in the commenter being banned from the site.