The national conversation surrounding LGBTQ rights is usually focused on marriage equality and while that remains important for the lesbian, gay, bisexual, transgender and queer community, some say the issue of workplace equality is also crucial.

There are no federal laws that prohibit discrimination based on sexual orientation or gender identity. And, most sates, including Arizona, do not have laws that protect LGBTQ people in the workplace.

The city of Tucson adopted a non-discrimination ordinance in 1999 that prohibits discrimination in the workplace based on sexual orientation or gender identity, “but ordinance or not, discrimination is still happening,” said Abigail Jensen, a transgender public defender in Pima County.

Transgender people have a tougher time finding employment, she said. 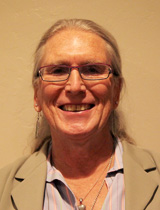 “That moment of disclosure of being trans is the most touchy moment that there is for trans people, so when someone like me is applying for a job there is always that question of, ‘do I tell them or do I not?’" Jensen said.

With electronic records and online databases available, Jensen said it is almost impossible to conceal the fact that a person was a different gender in the past.

“If the employer knows that they’re trans, they don’t even get an interview, so it’s a very difficult decision and there are myriad stories of trans people and mostly trans women who are highly qualified, filled out job applications and the employer calls them back and says, ‘this looks great, come in for an interview,'" Jensen said. “But as soon as they walk in the door and because of their bodies, the employer realizes that they are in fact transgender and all of the sudden the job’s filled, or there’s some other excuse as to why the won’t be hired.”

Some Arizona businesses, such as PetSmart, have written internal policies to prohibit discrimination against LGBTQ people. PetSmart is one of dozens of companies in the state that have signed The Unity Pledge, an effort to encourage workplace equality.

“I think PetSmart is unique because it is a large corporation that is taking a public stance on this,” said Andy Izquierdo, vice president of corporate affairs for PetSmart.

It is important for companies to understand the need to talk about gay, lesbian and transgender issues when they talk about diversity in the workplace, he said.

“I tell my students, 'do your research, ask questions,'” he said. “They have to assess if they are going to be in a safe comfortable (environment).”

Sometimes a graduate may find a good job but in a company that does not give equal respect to LGBTQ people, he said, so he recommends that the student finds a job elsewhere.

“Some people say, ‘oh anybody can be out’ and hopefully that is the case, but in too many other cases it is not,” Russell said. “We see evidence of discrimination in the workplace, even if it is subtle and unintentional.”

Transgender Woman Held in Male Immigrant Detention Center Fathers Day in a Two-Dad Family LGBT Global Persecution Leads to Asylum Seekers in Southern AZ
By posting comments, you agree to our
AZPM encourages comments, but comments that contain profanity, unrelated information, threats, libel, defamatory statements, obscenities, pornography or that violate the law are not allowed. Comments that promote commercial products or services are not allowed. Comments in violation of this policy will be removed. Continued posting of comments that violate this policy will result in the commenter being banned from the site.