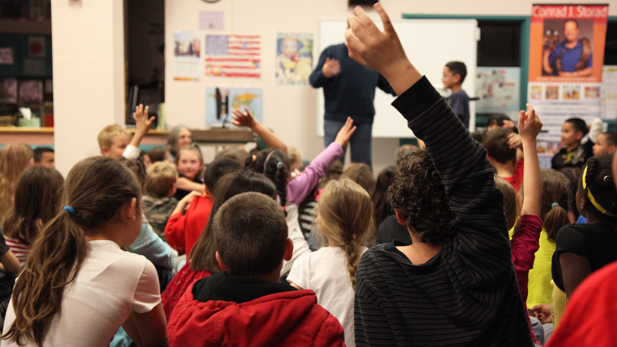 Douglas took the win with nearly 58 percent of the votes. Huppenthal, who was seeking a second term as schools chief, had about 42 percent.

Huppenthal argued controversy over blog posts he authored under a pseudonym, which many referred to as offensive and racist, did not affect his race.

"The opposition to Common Core on the campaign trail was 100 percent...swamped all other issues," he said.

In the Democratic race, Arizona State University Professor David Garcia won with a support of 53 percent. Opposer Sharon Thomas had about 46 percent of votes.

"We knew the Republicans election was going to be close, we are prepared to go either way," Garcia said Tuesday night.

Throughout the race, Common Core Standards were at the center of debate. Douglas was the only candidate in both parties who opposed the standards.

"The Common Core Standards have not been tested anywhere in a small scale to prove they do anything that is claimed," she said in a televised forum last month.

During the campaign, Garcia said he wants to change how the state measures academic success, adding that suing standardized testing as the biggest measuring tool is not working.

Douglas and Garcia will face off in the November general election.

Schools Superintendent Race Focuses on Common Core Public School Funding Key Issue in Election Most School Board Elections in Pima County Canceled
By posting comments, you agree to our
AZPM encourages comments, but comments that contain profanity, unrelated information, threats, libel, defamatory statements, obscenities, pornography or that violate the law are not allowed. Comments that promote commercial products or services are not allowed. Comments in violation of this policy will be removed. Continued posting of comments that violate this policy will result in the commenter being banned from the site.