UA Health Network Takeover Will Be Complete in January

The University of Arizona Health Network will become part of Banner Health at the end of January. 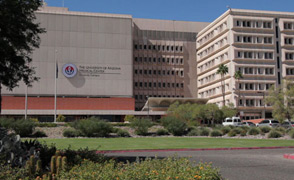 Under terms of the takeover, Phoenix-based Banner will establish an endowment, pay off the health network’s long-term debt and commit funding over the next five years to expand and renovate the University of Arizona Medical Center’s facilities.

The deal is valued at around $1 billion.

“We’re very excited about the contribution this will make to investments in Tucson," Hart said in an interview Monday, "to our two medical schools and their ability to rise in the ranks of American medical schools, and we believe Banner and the U of A will be great partners going forward.”

University of Arizona: Budgeting, Funding, Other Difficult Decisions First UAMC Heart Transplant Recipient of 2014 Leaves Hospital Board of Regents OKs Negotiations for UAMC Takeover
By posting comments, you agree to our
AZPM encourages comments, but comments that contain profanity, unrelated information, threats, libel, defamatory statements, obscenities, pornography or that violate the law are not allowed. Comments that promote commercial products or services are not allowed. Comments in violation of this policy will be removed. Continued posting of comments that violate this policy will result in the commenter being banned from the site.