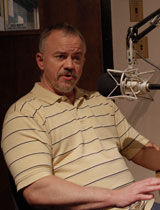 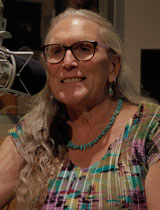 What began as a grassroots movement in 1998 has turned into an official non-profit organization that is helping people in the community of "trans identities" including transsexual, transgender and gender fluid identifications.

SAGA is an all-volunteer organization that provides support groups, education and services.

For example, government identifications can be difficult to deal with for people who were born of the male or female sex but who identify with or are transitioning to the other gender.

"Trying to live life presenting as a woman but having a driver's license that has 'M' on it and a guy's name is really stressful and can lead to harassment and violence," Abby Jensen said, an attorney and volunteer with SAGA.

Michael Woodward is also a volunteer with the non-profit organization.

Woodward says the group's goal is to increase awareness and understanding within all members of the southern Arizona community, regardless of sexual orientation, gender identity or other demographics.

"We're just folks, we're people. There's so many misunderstandings about what our motives are and all that. You know, I'm just trying to figure out my life just like everybody else," Woodward said.

SAGA is holding an event to celebrate the group's new life as an independent organization.

How Women See Men's Roles Shapes Family Expectations, Study Suggests Trump Tweets Transgender Ban; Group Says Challenge in the Works Interview with Transgender Woman in Immigrant Detention
By posting comments, you agree to our
AZPM encourages comments, but comments that contain profanity, unrelated information, threats, libel, defamatory statements, obscenities, pornography or that violate the law are not allowed. Comments that promote commercial products or services are not allowed. Comments in violation of this policy will be removed. Continued posting of comments that violate this policy will result in the commenter being banned from the site.