Several Tucson police officers are under investigation for possible involvement in a prostitution ring that police broke up in January, Police Chief Roberto Villaseñor confirmed Monday. 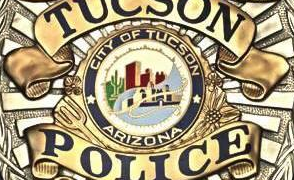 Charges have not been filed against the suspected owners or any suspected customers of a massage parlor named "By Spanish.".

Villaseñor said as the department investigated the case in January, the possible involvement of police officers was discovered. He declined to say how many officers, but confirmed that several have been suspended with pay pending outcome of the investigation.

Police received their first tip regarding By Spanish in 2011, a Police Department press release said. It recounted a four-year chronology of complaints of illegal activity followed by investigations that were "unable to establish sufficient information," and "unable to corroborate the activity."

In August 2013, the press release said, officers began "connecting the dots" in the case, and in September 2014, "a formal investigation was launched by the special investigations division."

At his news conference Monday, Villaseñor said a lack of resources may have slowed the department's investigation.

Navajo council votes to send big checks to tribal members "Big" Jim Griffith dies at 86 The Dave Stryker Quartet kicks off the 2022 Tucson Jazz Festival.
By posting comments, you agree to our
AZPM encourages comments, but comments that contain profanity, unrelated information, threats, libel, defamatory statements, obscenities, pornography or that violate the law are not allowed. Comments that promote commercial products or services are not allowed. Comments in violation of this policy will be removed. Continued posting of comments that violate this policy will result in the commenter being banned from the site.