Wildfire Added to List of Threats to Condor Population 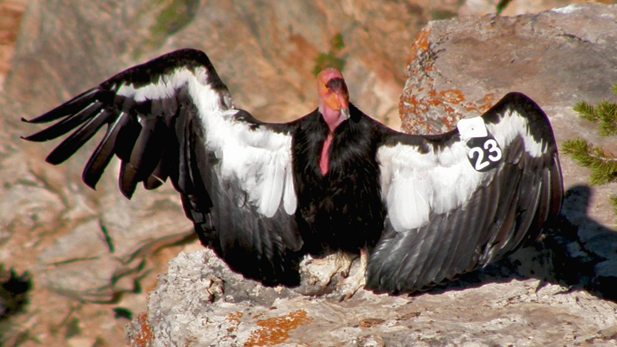 A new study shows only about half of wild California condors live long enough to raise a chick. The researchers found one of the threats faced by the endangered birds is wildfire.

The researchers tracked more than 200 condors in California for two decades. The main cause of death was lead poisoning from bullet fragments, but another common killer came as a surprise.

“We suspect that the fire poses the greatest risk to condors when it burns through roosting and nesting areas at night,” said Terra Kelly, a scientist at the University of California-Davis now based in Flagstaff. She was the lead author of the study.

Condors fly only in the day, and they tend to roost in groups. That’s why Kelly said a fast-burning wildfire can be catastrophic to the small population. Fire might not be as much of a threat in Arizona. 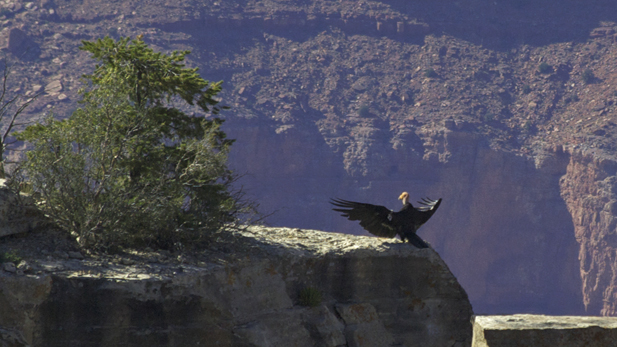 “We might have a bit of an advantage here in the fact that condors are utilizing cliff faces, with little to no vegetation on those cliff faces,” said Chris Parish, who leads the condor recovery project at The Peregrine Fund. “So will it be as much of a problem here? I’m not sure. But it’s to be noted as one of the potential threats.”

Reintroduction efforts began in the 1990s after the condor’s near-extinction. Now there are about 75 wild condors in northern Arizona and southern Utah.

The study appeared in the November issue of Biological Conservation.

Endangered condor may have hatched in Zion National Park Endangered Condors to be Released in Northern Arizona Study: Wildfire May Double Erosion in Western Watersheds
By posting comments, you agree to our
AZPM encourages comments, but comments that contain profanity, unrelated information, threats, libel, defamatory statements, obscenities, pornography or that violate the law are not allowed. Comments that promote commercial products or services are not allowed. Comments in violation of this policy will be removed. Continued posting of comments that violate this policy will result in the commenter being banned from the site.