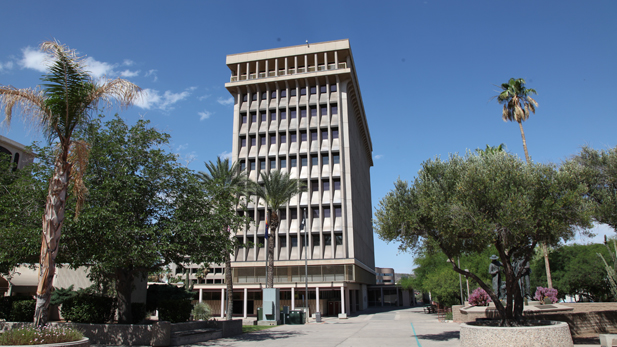 Tucson's hybrid system of ward-only voting in primary elections and city-wide voting in general elections was struck down Tuesday by the U.S. 9th Circuit Court of Appeals.

The 2-1 decision came one week after the City Council election, in which four Democrats who are named as defendants in the case won re-election.

" ... the practical effect of the Tucson system is to give some of a representative’s constituents—those in his home ward—a vote of disproportionate weight," a summary of the ruling said. "That is the very result the Supreme Court’s one person, one vote jurisprudence is meant to foreclose."

The summary, which is not a part of the court's opinion, said every voter "must have an equal opportunity to participate in each election cycle" in which candidates are selected.

The city had argued that ward-only primaries were part of a reasonable restriction on voter residency.

"Tucson generally votes Democratic," Kozinski wrote. "This means that the Democratic nominee from each ward will likely win the general election regardless of whether the ward from which he was nominated is principally Republican or Democratic. Indeed, the city’s current mayor and all six council members are Democrats."

He said all City Council members represent the entire city and not only their wards, and thus the election system must be consistent from primary to general balloting.

"We cannot endorse an election system that encourages at-large representatives to prioritize kissing babies and currying favor in their home wards over the interests of their constituents who happen to live in other parts of the city," the ruling said.

Tucson has had the system of ward-only primary voting and city-wide general voting since 1929. Earlier this year, the City Council considered but rejected putting on the ballot a proposal to change the system to ward-only voting in both primary and general elections.

Republicans under the umbrella of a nonprofit group called Public Integrity Alliance Inc. in April sued the city, its clerk and the seven Democratic members of the City Council, saying the system discriminated against Republicans.

A U.S. District judge ruled in the city's favor, and the case was appealed to the circuit court.

Bruce Ash, Republican national committeeman for Arizona and one of the plaintiffs in the case, said he was pleased with the ruling but was waiting to hear more about its implications.

The ward vote breakdown for last week's election was not yet available, but if it follows the past patterns mentioned by Ash, it would show that in a ward-only election, Republicans might have won.

In a written statement, Tucson Mayor Jonathan Rothschild said, "ultimately, we may need to put these options on the ballot and see which one voters prefer."

Rothschild said the city council could take up the ruling at its next meeting.

Republicans' Challenge to Tucson Election Dismissed Tucson Mayor, Council Members Swearing In Monday Republican Candidates Ask Judge to Overturn Election
By posting comments, you agree to our
AZPM encourages comments, but comments that contain profanity, unrelated information, threats, libel, defamatory statements, obscenities, pornography or that violate the law are not allowed. Comments that promote commercial products or services are not allowed. Comments in violation of this policy will be removed. Continued posting of comments that violate this policy will result in the commenter being banned from the site.