Lawton, Burkholder sue, claiming they won in their wards and should take seats. Tweet 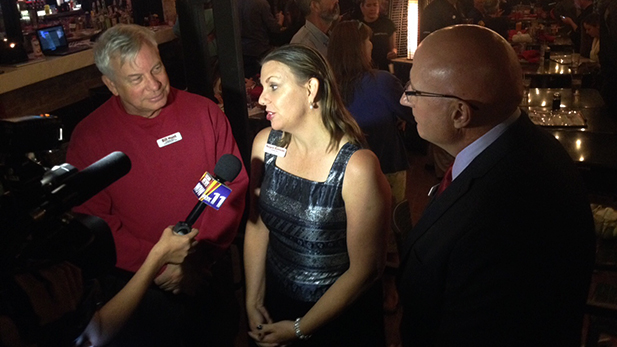 Kelly Lawton in northeast side Ward 2 and Margaret Burkholder in southeast side Ward 4 sued the city of Tucson, the mayor, six council members and the Pima County Board of Supervisors, which this week certified the election results.

The Republicans claim in the Pima County Superior Court lawsuit that because the primary election in August was limited to voters in their wards only that the general election should have been the same. Because it was not, the suit says, the election of Democrats Paul Cunningham in Ward 2 and Shirley Scott in Ward 4 is invalid.

The lawsuit cites a Tuesday ruling by the 9th U.S. Circuit Court of Appeals declaring unconstitutional Tucson's "hybrid" election system. Primary elections for City Council members are limited to voting within their wards while general election voting is city-wide.

That violates the one-person, one-vote protection of the 14th Amendment, wrongly favoring Democrats, the court ruled in a 2-1 decision.

“Tucson’s hybrid system of ward-only primaries and a city-wide general election violate the individual rights guaranteed by the 14th Amendment and must be corrected,” Lawton was quoted as saying in a press release from a Republican-affiliated group called Tucson Wins.

“The issue at hand is not a partisan issue, but a constitutional issue," Burkholder was quoted as saying in the same press release. "One person, one vote is clearly identified by the 14th Amendment and is completely lost in Tucson’s process.”

The appeals court ruling came one week after the election and on the same day the Board of Supervisors certified Cunningham and Scott as winners in the two races.

The Republicans' lawsuit says that because Lawton had 11,513 votes to 10,179 for Cunningham among Ward 2 voters, and Burkholder had 9,143 votes to 6,533 for Scott among Ward 4 voters, the Republicans should be declared the winners.

If they are not, the lawsuit says, a special election should be called in Wards 2 and 4.

In the city-wide balloting, Cunningham had 12,000 more votes than Lawton, and Scott had 9,200 more than Burkholder.

In a third council race, in west side Ward 1, Democratic incumbent Regina Romero defeated Republican Bill Hunt in both the city-wide race and within the ward. In the mayoral race, Democratic incumbent Jonathan Rothschild was re-elected with 93 percent of the vote after facing no opposition on the ballot.

The lawsuit does not mention the Ward 1 and mayoral races, nor does it mention four ballot propositions. Voting in all was city-wide.

Republicans had sued in April challenging the hybrid system. A U.S. District judge ruled in favor of the city, and the Republicans appealed, leading to Tuesday's ruling favoring them.

The City Council was scheduled to discuss the election system at its meeting next Tuesday, including what to do about the court ruling.

Republicans' Challenge to Tucson Election Dismissed Republican Candidates Ask Judge to Overturn Election Tucson Council Will Appeal Strikedown of 'Hybrid' Voting
By posting comments, you agree to our
AZPM encourages comments, but comments that contain profanity, unrelated information, threats, libel, defamatory statements, obscenities, pornography or that violate the law are not allowed. Comments that promote commercial products or services are not allowed. Comments in violation of this policy will be removed. Continued posting of comments that violate this policy will result in the commenter being banned from the site.