× STREAMCHILDREN OF THE HOLOCAUST: Watch our preview and discussion of AZPM's upcoming project, Children of the Holocaust.
/ Modified feb 10, 2016 4:43 p.m.

U.S. Customs and Border Protection is under renewed pressure to equip its field agents with body cameras. In President Barack Obama’s budget, released this week, a line item includes $5 million for the body-worn cameras. 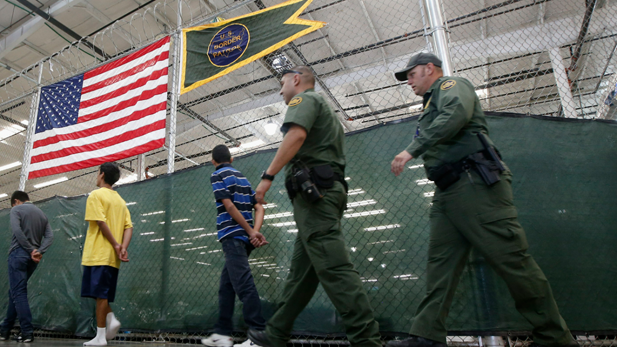 The Southern Border Communities Coalition reports that since 2010, 42 people have died as a result of encounters with Border Patrol agents. The group is made up of more than 60 community-based organizations around the U.S. that monitor human right violations by agents.

In November, the agency decided against the body cameras. It cited, in part, that agents work in rough terrain where the cameras would not be effective and that the cost was a concern.

Ricardo Favala of the Southern Borders Community Coalition said now that money has been appropriated for the cameras, the Border Patrol needs to put them into use.

“Due to the various cases that we have seen, where agents have not been held accountable, we feel that body-worn cameras would signify a step towards bringing about transparency in some of these cases that have been disputed,” Favala said.

Favala said many law enforcement departments in the country use the cameras and Border Patrol agents should not be the exception.

Customs and Border Protection officials could not be reached for comment.

Border Rights Group: Apprehension Methods Contribute to Migrant Deaths Lawmakers, Sheriffs Weigh $30M Border Security Plan AZ WEEK: Patrolling the Border; What Will It Take to Be Secure?
By posting comments, you agree to our
AZPM encourages comments, but comments that contain profanity, unrelated information, threats, libel, defamatory statements, obscenities, pornography or that violate the law are not allowed. Comments that promote commercial products or services are not allowed. Comments in violation of this policy will be removed. Continued posting of comments that violate this policy will result in the commenter being banned from the site.