Best-selling author speaks about her novels and the process of adapting them for television. by Julianne Stanford Tweet 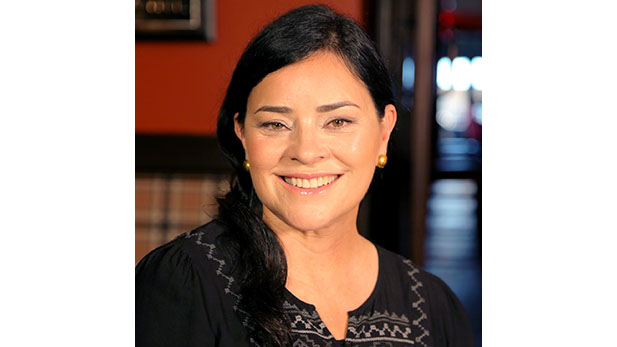 Over 26 million copies of her books have been sold, in 26 countries across the globe, in 23 different languages.

The Outlander series is so popular because there is something for everyone within the pages, Gabaldon said.

"What they are is an adventure story, primarily with a strong moral center and a lot of what you might call a philosophical question hovering around the outside," she said.

There are many different elements in just the first novel of the series alone - a love story, time travel, bloody battles and a plot to overthrow a king - all of which make it difficult to categorize the story into just one genre.

"They honestly don't have a genre, they're just very good stories, but they include elements of any genre you can think of, with the possible exception of poetry or westerns." she said. "I've seen the book sold as literature, fiction, historical fiction, science fiction, fantasy, romance, mystery, gay and lesbian fiction, military history, history and horror, and all with evident success."

However, the love story in the first novel almost doomed her work to a lifetime of being put on a shelf in the romance section, Gabaldon said.

Here's what Gabaldon had to say about her struggle with Barnes & Noble Booksellers on getting her series moved to the fiction section after Voyager, the third novel, was released and made its way onto the New York Times bestsellers list.

Gabaldon: Well Barnes & Noble, the perfect monoliths that they are, essentially said if you call the first thing you write a romance then as far as we’re concerned anything you write for the rest of your life is romance and they kept sticking them on the romance shelf no matter what they looked like.

Stanford: And so how did you prompt Barnes and Nobles to move your novels?

Gabaldon: It took me eight years of wrestling with Barnes & Noble before I worked my way up to Steve Riggio who was the CEO, and I wrote to him and said, "Mr. Riggio, I’m assuming you know my name because it shows up at the top of the New York Times best-seller list every time a book of mine comes out, and I assume further you’re familiar with my books since they take up so much real estate in your store. I’m assuming you don’t know that Hasting’s, which is a smaller chain, sells 40 percent more of my titles than you do, and I do assume that you’d like to know why this is. Well, I’ll tell you Steve, they’re not putting them in the 'effing romance section!"

Diana Gabaldon will speak at ticketed events during Tucson Festival of Books on Saturday, March 12, at 1 p.m. in the Student Union North Ballroom, and on Sunday, March 13, at 1 p.m. in the Integrated Learning Center, Room 120. Her novels will be available for purchase and signing after these events, and at a tent on the mall on Sunday afternoon.

Children's Book Author Todd Parr Coming to Tucson Shakespeare's Works Influenced by Science "The Reason for Flowers"
By posting comments, you agree to our
AZPM encourages comments, but comments that contain profanity, unrelated information, threats, libel, defamatory statements, obscenities, pornography or that violate the law are not allowed. Comments that promote commercial products or services are not allowed. Comments in violation of this policy will be removed. Continued posting of comments that violate this policy will result in the commenter being banned from the site.