Author: Right to Vote Still One of the Most Contested

Ari Berman will discuss 'Give Us the Ballot' at Tucson Festival of Books. by Tony Perkins Tweet

Political historians call the Voting Rights Act the crowning achievement of the American civil rights movement. Yet, as author Ari Berman explains, it has had to fight for its place as the law of the land four times. Berman said the act upset the racial balance of political power in the deep South.

“Many, many people were elected to office," he said. "People like John Lewis, Andrew Young, Barbara Jordan and President Barack Obama. So that shift in power threatened the old orthodoxy.” 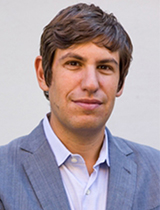 (PHOTO: Courtesy: Ports Bishop)
Berman will be among the authors attending the Tucson Festival of Books.

In his book Give Us The Ballot: The Modern Struggle for Voting Rights in America, Berman compiles a detailed history of the battle for minority Americans to ensure their voices are heard on Election Day.

He also writes about the issue from the perspective of veteran civil rights workers, some now in their 70s, who experienced danger and discrimination in the Jim Crow South to secure voting rights for millions of Americans.

“I think it’s really important to tell stories of people and what they have gone through," he said. "Because that’s what the Voting Rights Act was about. It was about making the voice of million of new people heard in the political process."

"It was about bringing people in who have been shut out for such a long time and giving them the power to shape their own destiny.”

President Obama addressed the issue during the 50th anniversary of the civil rights march in Selma, Ala., last year.

“Only 10 years have passed since the Congress reauthorized the Voting Right Act," Berman said. "I don’t believe things have changed so dramatically since then to make a law that was overwhelmingly reauthorized suddenly become obsolete.”

Opponents of the law consider it unnecessary. They cite the changed civil rights landscape as enough of a reason to adjust it, or jettison it altogether as unconstitutional. Yet civil rights advocates say states passing measures such as voter ID laws could keep prospective voters from casting ballots this year. They argue that shows the need for the Voting Rights Act.

This year will be the first presidential election year without the full protections of the Voting Rights Act in place. Berman predicts the impact will be felt in the battleground states for the presidential race, but the effect on other races could be more significant. He realizes it’s a time to celebrate 50 years of progress in civil rights, but adds, "what happened after 1965 has been less well understood, and I want people to know that this most fundamental right, the right to vote, still remains the most contested.”

Berman will discuss "Give Us the Ballot" at the Tucson Festival of Books. He will talk about the battle for voting rights at 11:30 Saturday morning in Koffler room 218 on the University of Arizona campus. He will also appear as a panelist on the Direction of Democracy in the Gallagher Theater at 4 p.m. Sunday.

Diane Rehm: New Voting Rights Laws Key Part of Voting Rights Act Ruled Unconstitutional International exhibition focuses on children's pandemic self-portraits
By posting comments, you agree to our
AZPM encourages comments, but comments that contain profanity, unrelated information, threats, libel, defamatory statements, obscenities, pornography or that violate the law are not allowed. Comments that promote commercial products or services are not allowed. Comments in violation of this policy will be removed. Continued posting of comments that violate this policy will result in the commenter being banned from the site.