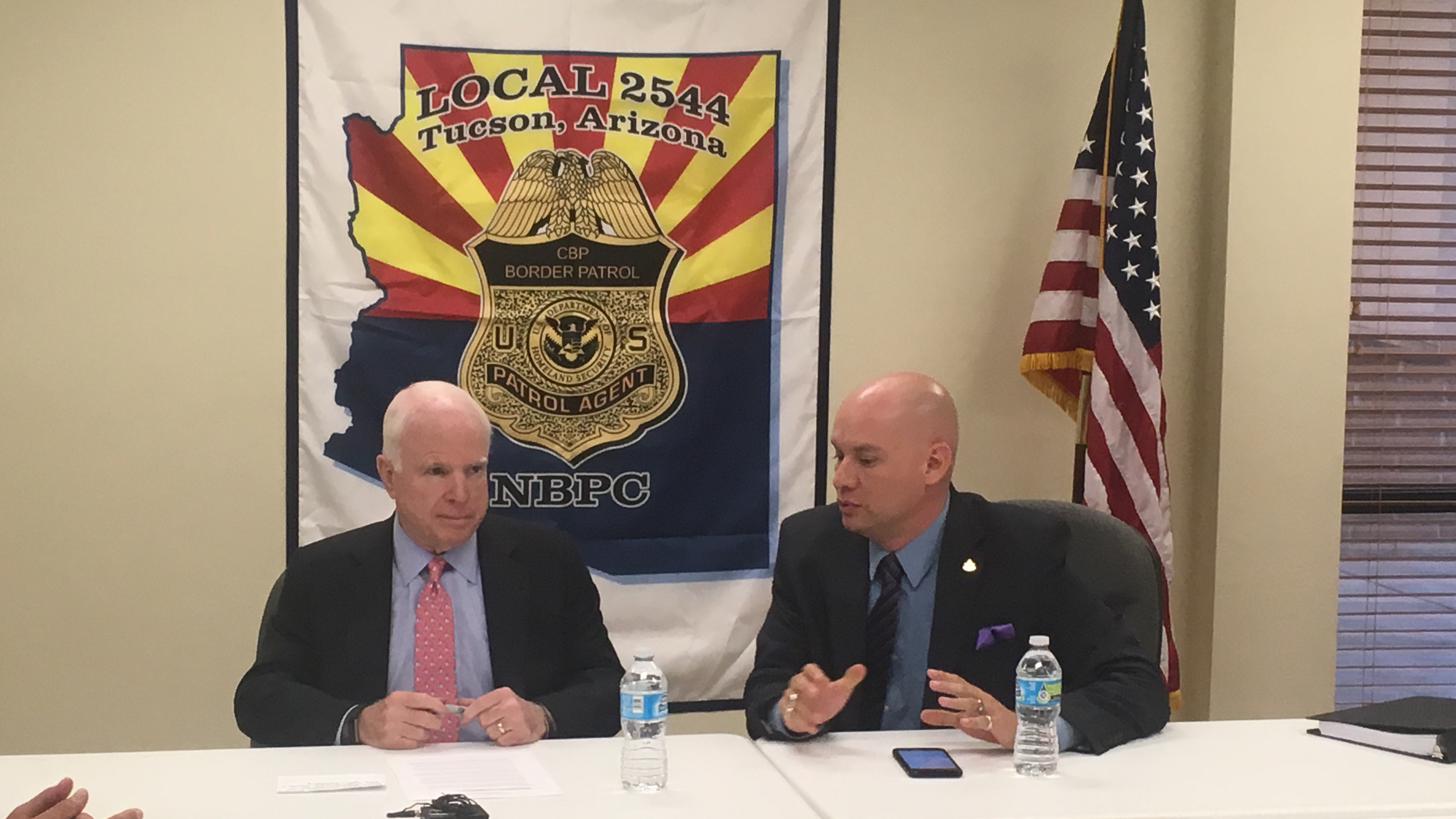 McCain is no stranger to border politics. He was a member of the “Gang of Eight,” a bi-partisan group of senators who wrote a comprehensive immigration reform bill in 2013. It was not passed.

“Hopefully at some point we can have immigration reform that people can support that has border security as a key element,” McCain said.

McCain is facing challengers in an August Republican primary and has a Democrat waiting for him if he makes it to the November general election.

Border Patrol Union Confident in Trump, Official Says 90% of Arizona Latinos Plan to Vote in November, Poll Says Episode 282: In Unusual Election Season, Outcomes Remain Uncertain
By posting comments, you agree to our
AZPM encourages comments, but comments that contain profanity, unrelated information, threats, libel, defamatory statements, obscenities, pornography or that violate the law are not allowed. Comments that promote commercial products or services are not allowed. Comments in violation of this policy will be removed. Continued posting of comments that violate this policy will result in the commenter being banned from the site.