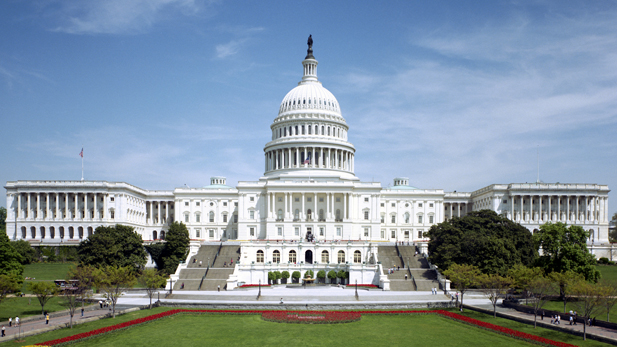 Architect of the Capitol

Arizona U.S. Sen. John McCain will face what he and others already have called the most difficult race of his three-decade-long political career, starting with the August primary election.

McCain is seeking a sixth term in the Senate. To win it, he must fend off three primary election challengers before even getting to the general election ballot. In the primary, McCain faces Alex Meluskey, Clair Van Steenwyk and Kelli Ward.

Whoever wins the Republican primary will face Democratic U.S. Rep. Ann Kirkpatrick, who is giving up her seat in Congress to run for the Senate. She is unopposed in the primary.

McCain, a former Navy pilot who was shot down over North Vietnam and imprisoned there for nearly five years, served two terms in the U.S. House from Arizona before winning his first term in the Senate in 1986. He now chairs the Senate Armed Services Committee.

In the 1st Congressional District, seven Republicans and three Democrats are seeking their parties' nominations for the seat Kirkpatrick is vacating. The district runs from northern Pima County, up the eastern half of the state to the Utah line, including all or parts of 11 of Arizona's 15 counties.

Republican Martha McSally, a retired Air Force pilot, is seeking her second term from Arizona's 2nd Congressional District and will face Democrat Matt Heinz, a physician, or Victoria Steele, a former state representative. The district covers the eastern half of Pima County and all of Cochise County.

For complete election coverage for Arizona and beyond, visit the Your Vote 2016 Election Center.

Trump an Influence in State's Republican Senate Primary Congressional Candidate’s Place on Ballot Challenged Kirkpatrick in Nogales: 'A Wall Doesn't Make Sense'
By posting comments, you agree to our
AZPM encourages comments, but comments that contain profanity, unrelated information, threats, libel, defamatory statements, obscenities, pornography or that violate the law are not allowed. Comments that promote commercial products or services are not allowed. Comments in violation of this policy will be removed. Continued posting of comments that violate this policy will result in the commenter being banned from the site.