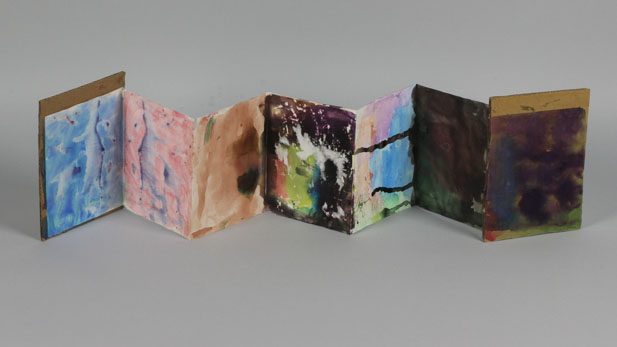 The Rainbow Book by Jule, artist in "Museum as Sanctuary: Perspectives of Resilience", a 2015 exhibition to celebrate Owl & Panther's 20th anniversary.
(c) Owl & Panther: A Project of The Hopi Foundation

"On the seventh day, only the owl and the panther were still awake. Because they did not succumb to sleep, they were given the power to see in the dark."

- from a Cherokee creation story

Featured on the June 24, 2016 edition of ARIZONA SPOTLIGHT with host Mark McLemore: 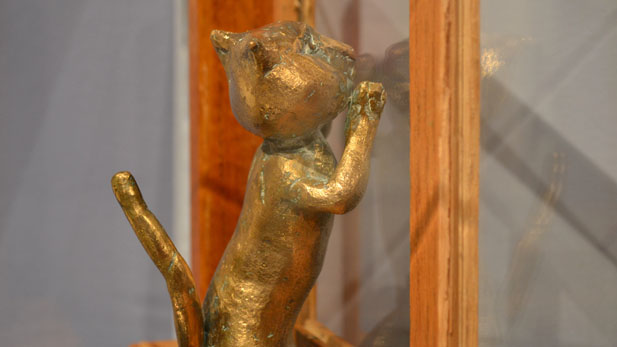 Leonardo Maturana, "There Are No Bronze Farewells", 2015 sculpture in cast metal, glass, wood
Courtesy of the artist 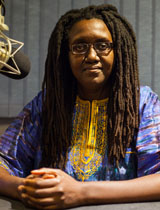 Then, Owl & Panther member Leonardo Maturana, a Tucsonan who came here as a refugee from Chile in 1976, shares his story of persecution and imprisonment. He tells Mark McLemore about the changing political and social conscious in Chile that is helping many victims come to terms with their experience... 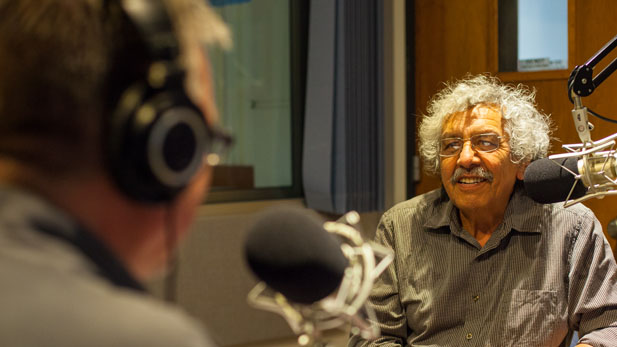 Sizzle & Sass with Jazz Singer Natalie Douglas The Swingin' Return of The Squirrel Nut Zippers Pascua Yaqui Youth Get Involved
By posting comments, you agree to our
AZPM encourages comments, but comments that contain profanity, unrelated information, threats, libel, defamatory statements, obscenities, pornography or that violate the law are not allowed. Comments that promote commercial products or services are not allowed. Comments in violation of this policy will be removed. Continued posting of comments that violate this policy will result in the commenter being banned from the site.