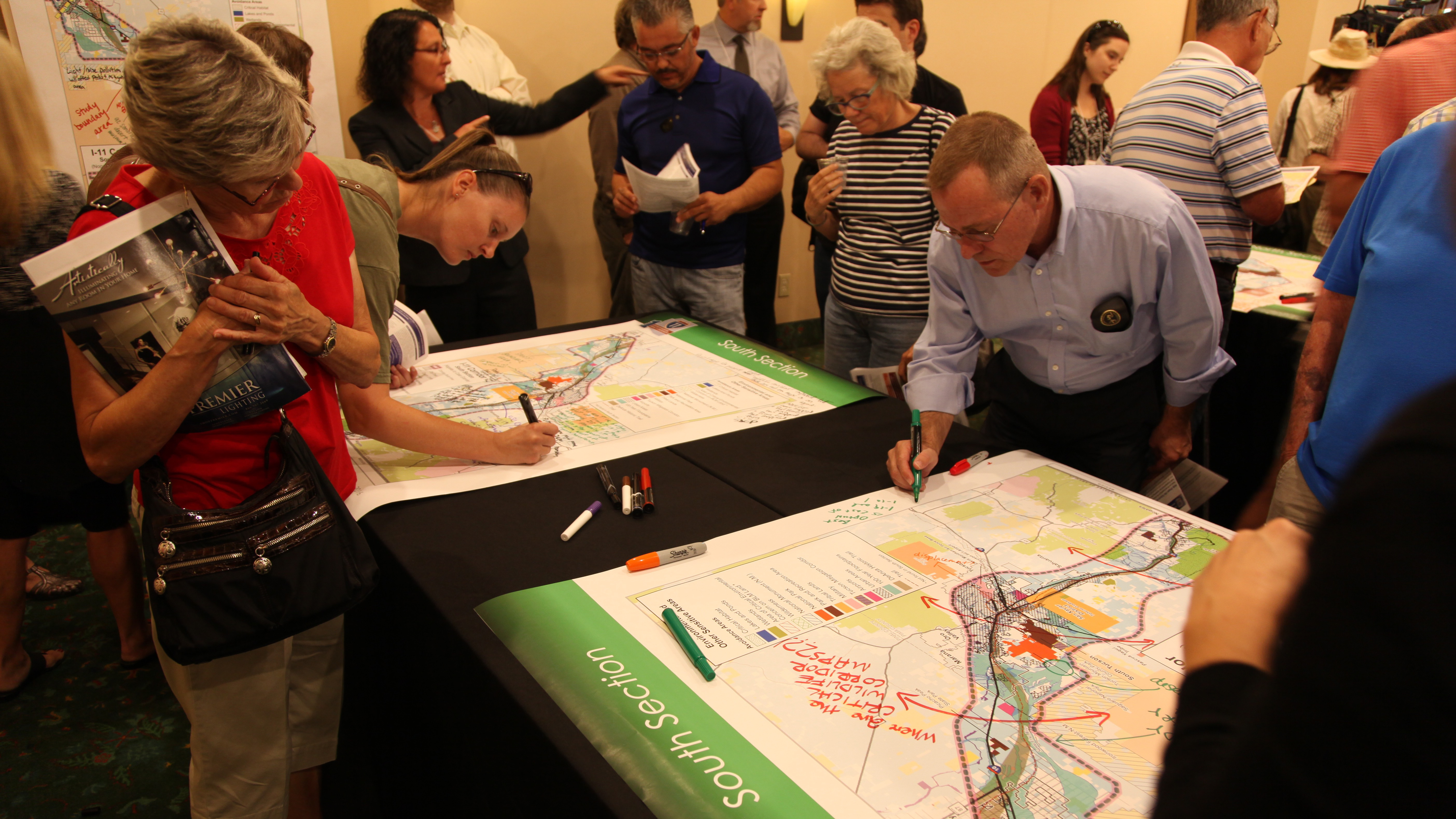 The Interstate 11 corridor is being hailed as a way to increase U.S. trade with Mexico, and the Arizona Department of Transportation is exploring possible routes for the corridor.

Some options have people worried as transportation officials begin a three-year study of the environmental effects of possible routes for Arizona’s leg of the highway that is envisioned to eventually extend from the Mexican border near Nogales to Canada.

The first step in the process came recently in Tucson, at an ADOT public meeting to gather comments.

“We look at all reasonable alternative, so right now it’s a blank sheet within that 280-mile corridor, five-to-twenty-five miles wide. Everything’s open," said Jay Van Echo, ADOT project manager for the I-11 corridor. "We’re looking to just identify those opportunities and constraints from the general public right now.”

With thousands of square miles being studied for the road’s southern stretch, Van Echo said the best way to understand what is valued is to listen to people who live in the area.

“I’ve been doing this for 40 years as a transportation planner and an engineer here in Southern Arizona, and I get the best information from the public,” he said.

At the meeting, large maps of the corridor running from Nogales to Casa Grande sat on easels and tables around the room. Markers lay beside them, so people could point out areas of concern.

Tucsonan Mike Bender said he was worried about what will happen with I-11 south of the city.

"I’m extremely concerned about the potential environmental impacts of the entire I-11 project," Bender said, "in particular those on the southern end.” 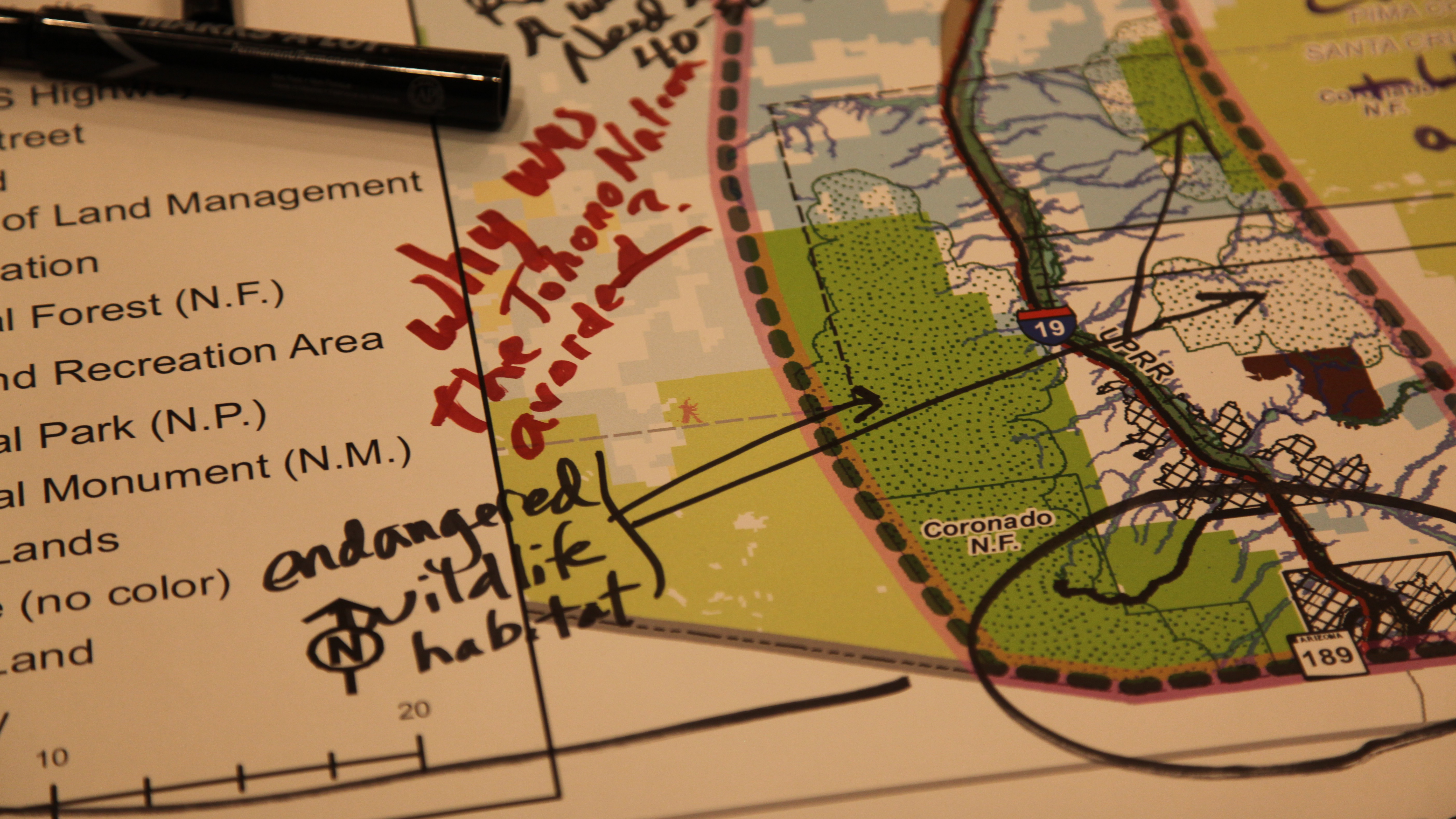 ADOT staff said the maps allow the public to point out areas that carry great importance to the community.
Zac Ziegler

That includes land in the Coronado National Forest and Tumacacori National Historic Park.

Conservation of wild lands seems to be on the minds of many people at the meeting.

“The point should be to leave the more distant places pristine,” said Lee Blackwell, who has his own vision for I-11: "Keeping it close to the existing corridor and not spreading things way out.”

Blackwell said that notion should extend the length of the corridor. When he wrote on the map, he remarked on the area west of Tucson.

“Near the Desert Museum, and the Tucson Mountain Park, and the Tohono O’Otham Nation, there’s a terrible pinch point there that I just can’t see a good way to go through.”

Blackwell was not alone. A group called the Avra Valley Coalition has acted as organized opposition for the idea of passing the route west of the Tucson Mountains..

In the past 20 years, the number of commercial trucks that cross into the U-S in Nogales each year has risen more than 50 percent. And Mexican tourist visits to Arizona are up even more, more than 20 times what they were in 1996.

Interstate 11 would be some years off.

The environmental study won’t be completed until 2019, and there will be other studies and steps that must be done before the start of construction.

Options could be a new route that bypasses the Tucson area, or further expansion, even double decking of Interstate 10 through town. 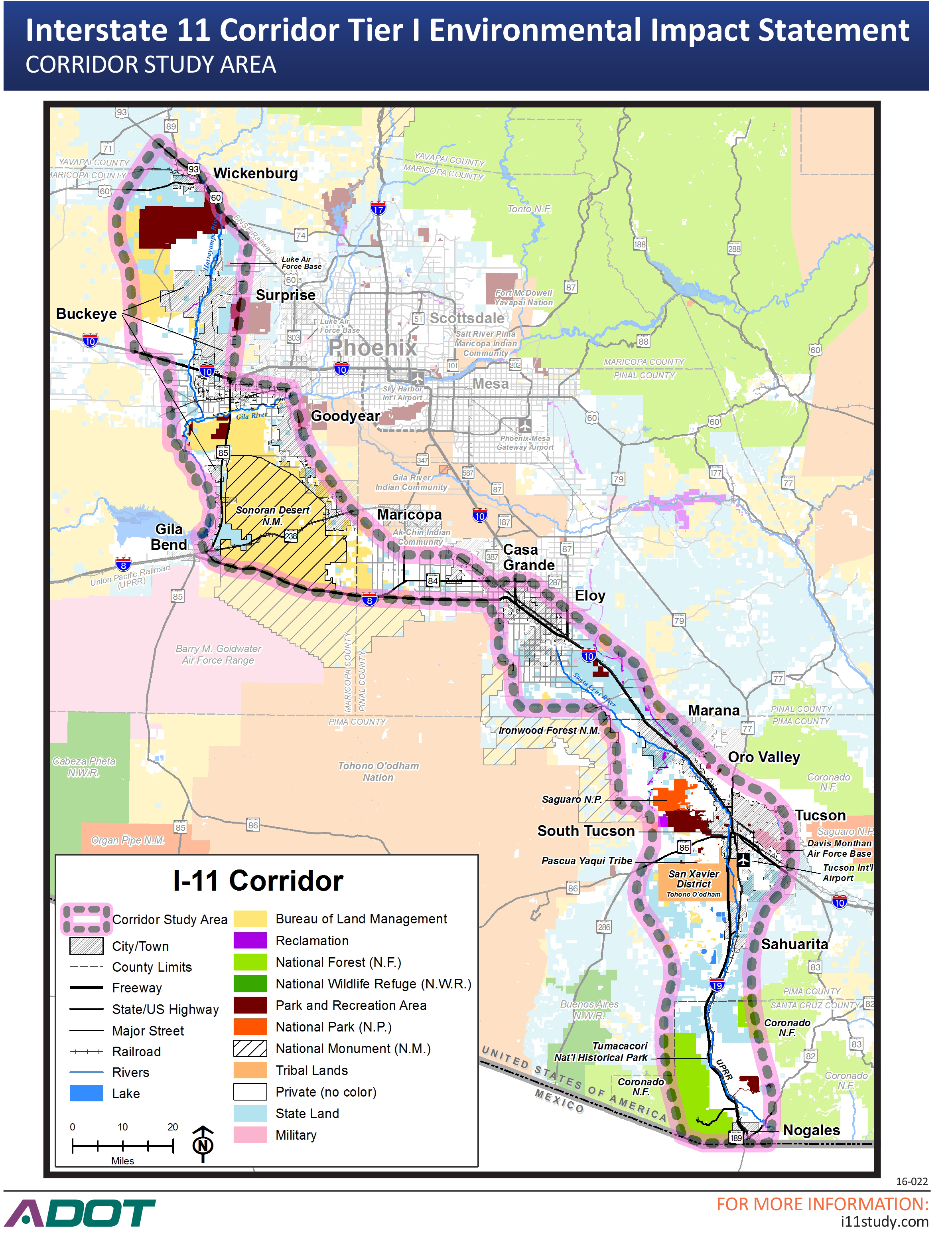 2 Routes Run Through Avra Valley in Report on Proposed Interstate Avra Valley I-11 Proposals Draw Opposition at Tucson Meetings Local Entrepreneurs Learn From Failures
By posting comments, you agree to our
AZPM encourages comments, but comments that contain profanity, unrelated information, threats, libel, defamatory statements, obscenities, pornography or that violate the law are not allowed. Comments that promote commercial products or services are not allowed. Comments in violation of this policy will be removed. Continued posting of comments that violate this policy will result in the commenter being banned from the site.