69 Dead in Border Desert This Year, on Pace of Trend

Sixty-nine people have been found dead so far this year in Southern Arizona's desert, likely victims of harsh weather conditions in efforts to cross into the United States illegally.

Twenty-four were found in June, which included one of the hottest stretches of weather in two decades and kept the region on a pace similar to the numbers over the last five years, officials at the Pima County Office of the Medial Examiner reported.

Arizona Week Friday explores the tragic phenomenon of deaths in the desert, through the eyes of a Border Patrol rescue unit working near Yuma, a group of volunteers putting out water and food and the gruesome task of trying to identify remains and notify families, often desperate for closure.

Among such family members is Luis Jimenez, a 23-year-old Phoenix "dreamer" with temporary deferred deportation status who had not seen his father in eight years. Jimenez said his father called him June 20 to say he was crossing the border and would see him in six days.

"He applied for a visa, but it was denied," Jimenez said. "I believe he just got desperate. It was not like him. By now he would have called somebody."

Jimenez has not seen or heard from his father, Jose Angel Jimenez Ortiz, 46, since that phone call. He has tried to call, but there is no answer.

Jimenez said he does not want to call authorities about his missing father, because "what he was doing, it is illegal."

Also on the program: 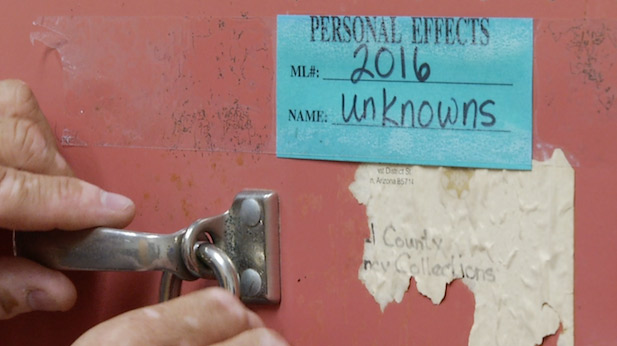 Record Desert Heat Puts Border Patrol Rescuers on High Alert New Surge of Central American Immigrants Crossing Border Border Deaths Up From Last Year, Pima County Figures Show
By posting comments, you agree to our
AZPM encourages comments, but comments that contain profanity, unrelated information, threats, libel, defamatory statements, obscenities, pornography or that violate the law are not allowed. Comments that promote commercial products or services are not allowed. Comments in violation of this policy will be removed. Continued posting of comments that violate this policy will result in the commenter being banned from the site.