Immigrants who fled danger are sent back to it, 'Barriers to Protection' report says. by Nancy Montoya TWEET SHARE 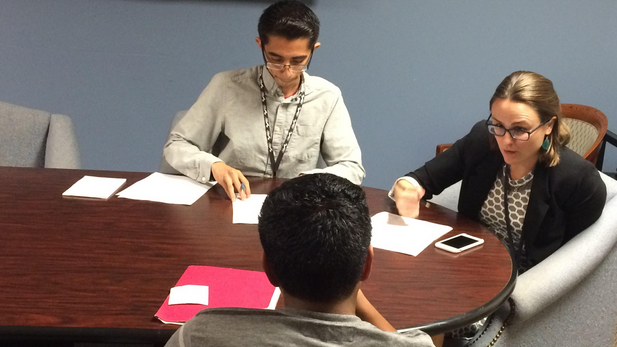 U.S. border and immigration enforcement agencies are mishandling many asylum cases, by keeping asylum seekers in detention and sending many back to the dangers they fled, a federal commission reported Wednesday.

The U.S. Commission on International Religious Freedom, established 20 years ago to give the president and Congress unbiased advice on religious and human rights violations around the world, reported that the U.S. Border Patrol and Immigration and Customs Enforcement are ignoring recommendations the commission made a decade ago.

“This new report reveals continued and new concerns about the treatment of asylum seekers and expedited removals," commissioner Elizabeth Cassidy said in a panel discussion for release of the report.

The report details how credible asylum seekers are held in detention when they should be free on bond, and often bond levels are too high. It also said many asylum cases are not adequately reviewed, leading to deportation of people whose lives are endangered in their home countries.

Joanna Williams, of the Southern Arizona human right’s group Kino Initiative, said in response to the report that asylum requests from Mexico almost always involve people being threatened by members of drug cartels. Williams cited one current case in which a couple running for their lives.

“They were kidnapped one day and put in a car by the cartel that controls that area ­and were told, 'You are either going to turn over your business or we will kill your entire family',” Williams said.

She said that is an example of the many asylum cases that are a matter of life or death and must be reviewed carefully.

Thousands of Children Seek Asylum, Many Without Lawyers Transgender Guatemalan Woman Granted Asylum Migrants plead for release as COVID-19 cases surge in ICE detention
By posting comments, you agree to our
AZPM encourages comments, but comments that contain profanity, unrelated information, threats, libel, defamatory statements, obscenities, pornography or that violate the law are not allowed. Comments that promote commercial products or services are not allowed. Comments in violation of this policy will be removed. Continued posting of comments that violate this policy will result in the commenter being banned from the site.