All Eyes South of the Border on US Presidential Debate

Locals, expats in Mexico following closely, though the country didn't get much attention in Monday's debate. TWEET SHARE 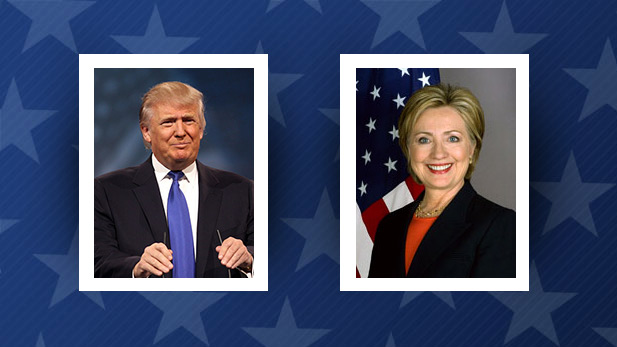 One of them was at an American-style barbecue joint. The customers were encouraged to toast every time the word Mexico was mentioned during the debate.

Maybe not a lot of toasts, since the country was scarcely mentioned, but there were plenty of people who showed up to watch the debate between Democrat Hillary Clinton and Republican Donald Trump.

It was a gathering open to the public, organized by Democrats Abroad. There were American expats, but also people from other countries — including England and Norway — and Mexican citizens.

César Flores, a Mexican lawyer, was one of them. And although he cannot vote, he was proudly wearing a Clinton T-shirt.

For him, the Democrat candidate won the first debate of a historic election.

Sharon Test also attended the event. She grew up in Prescott, Arizona, and has lived in Mexico since 1972. She married a Mexican citizen and adopted a Mexican child, who now is an adult and lives in North Carolina.

And who won the debate for this Arizonan expat?

“I don’t believe in winning or losing a debate,” she said.

However, Test said that her daughter has encouraged her to go to south Phoenix to get the Mexican-American vote and stop Donald Trump.

Across town, others felt differently. Republicans Abroad held their own event, but it was a private gathering.

For Test, what truly matters is that the American people vote, get informed and learn more about other places and cultures.

“The world is so interconnected now — and it wasn’t 50 years ago — that, if Americans don’t understand other countries, they are not gonna be able to live peacefully in the world,” Test said.

Verónica Reyes from Chicago has lived in Mexico City for almost three years. She was one of the organizers of the debate watch party and said that what is important, regardless of the political stands, is to keep Americans together in the democratic process, even when they have to live abroad.

And as an American expat in Mexico, she expects that the next president of the United States keeps in mind the relationship between both nations.

“It would be very important to keep our commercial exchange, to really focus on immigration reform and to keep the doors open, regardless of who wins: we are now a global community,” she said.

Are Presidential Candidates' Economic Plans Viable? Mexican Peso Rallies After US Presidential Debate Could Arizona's Latino Voters Tip the Scale in November?
By posting comments, you agree to our
AZPM encourages comments, but comments that contain profanity, unrelated information, threats, libel, defamatory statements, obscenities, pornography or that violate the law are not allowed. Comments that promote commercial products or services are not allowed. Comments in violation of this policy will be removed. Continued posting of comments that violate this policy will result in the commenter being banned from the site.