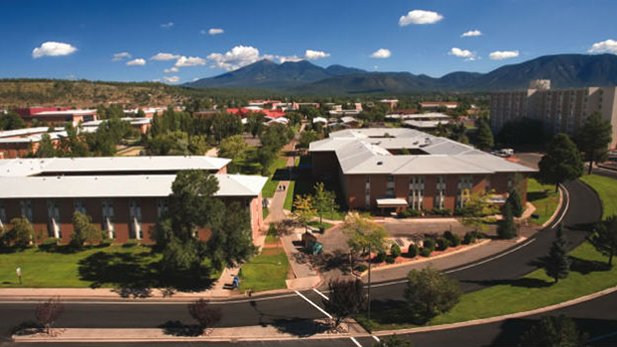 This week marks one year since four students were shot, one fatally, on Northern Arizona University’s Flagstaff campus. Now researchers are using the shooting as a case study to see if Twitter can reveal how communities respond to traumatic events.

The study was conducted by the University of California-Irvine. Lead author Nickolas Jones says Twitter provides a new way to collect psychological data.

“Trauma research is so difficult to do. Lots of events go unstudied,” Jones says. “Twitter gives us the opportunity to rapidly enter the community and assess the psychological impacts of a collective trauma.”

The paper appears in the journal of Psychological Methods this December.

Hospital Drill Simulates Aftermath of Mass Shooting ASU Radiation Test Could Help Triage Nuclear Attack Victims UA Collaborative Study Seeks Ways to Slow Cognitive Decline
By posting comments, you agree to our
AZPM encourages comments, but comments that contain profanity, unrelated information, threats, libel, defamatory statements, obscenities, pornography or that violate the law are not allowed. Comments that promote commercial products or services are not allowed. Comments in violation of this policy will be removed. Continued posting of comments that violate this policy will result in the commenter being banned from the site.