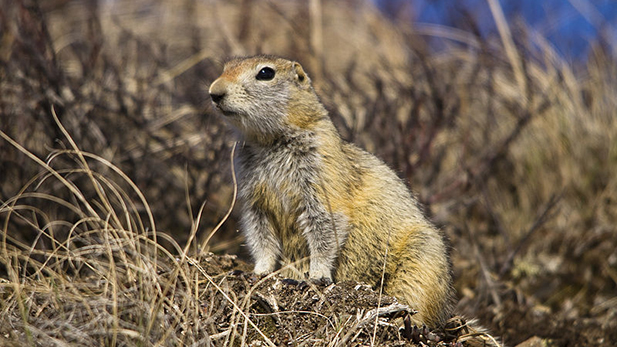 Biologist Cory Williams led the study. He put “accelerometers” on ground squirrels in Alaska. It’s the same technology found in a Fitbit or smartphone.

“This is really the first time we’ve been able to put something like an activity logger on an animal as small as a ground squirrel,” Williams says.

Previous research suggests squirrel behavior is driven by the fear of being eaten. But this study showed weather mattered more. Squirrels emerged above ground on sunny days to escape their freezing burrows.

While on the surface, female squirrels packed in a lot more activity than males. Williams says that’s because they have to store extra food so they can care for their young. Male squirrels had more leisure time to watch for predators or bask in the sun.

NAU Lab Develops Tool To ID Bats From Guano eButterfly Mapping the Intersection of Food, Energy and Water
By posting comments, you agree to our
AZPM encourages comments, but comments that contain profanity, unrelated information, threats, libel, defamatory statements, obscenities, pornography or that violate the law are not allowed. Comments that promote commercial products or services are not allowed. Comments in violation of this policy will be removed. Continued posting of comments that violate this policy will result in the commenter being banned from the site.