Traditionally a Republican stronghold, some surveys are putting Clinton in the lead. by Christopher Conover Tweet 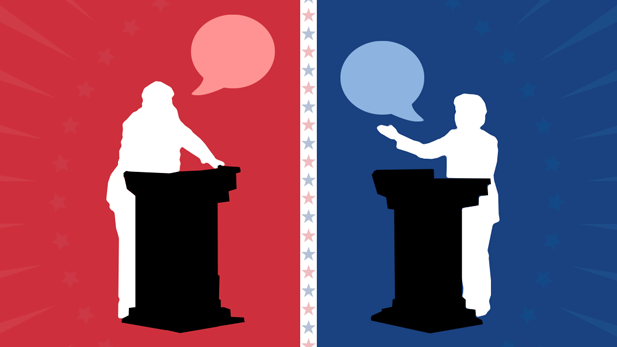 Pundits and prognosticators are putting Arizona in the “toss-up” column or see it leaning toward Democratic candidate Hillary Clinton. The latest polls have Arizona, traditionally Republican, favoring Clinton by about two points.

Clinton’s campaign announced this week it will spend $2 million to help other Democrats in Arizona. It is also bringing Chelsea Clinton, Michelle Obama and Bernie Sanders to the state.

One Poll Gives Trump the Lead in Arizona, But Not by Much Trump Makes 7th Arizona Visit; Clinton, Kaine Due This Week Big Ad Dollars Flow into Arizona Amid Shifting Expectations
By posting comments, you agree to our
AZPM encourages comments, but comments that contain profanity, unrelated information, threats, libel, defamatory statements, obscenities, pornography or that violate the law are not allowed. Comments that promote commercial products or services are not allowed. Comments in violation of this policy will be removed. Continued posting of comments that violate this policy will result in the commenter being banned from the site.