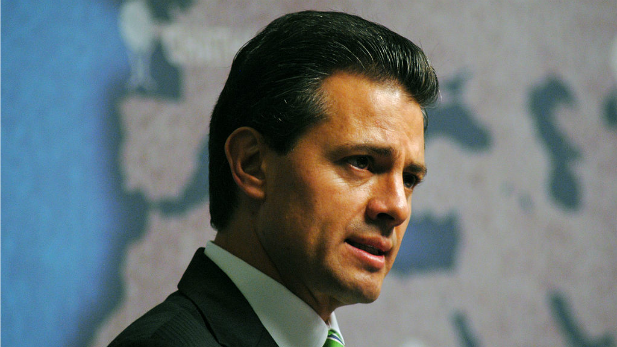 Peña Nieto said he called Trump to congratulate him on his victory. They agreed to meet, but did not talk about Trump’s plans to build a wall on the border, deport 11 million immigrants - many of whom are Mexican - or renegotiate the North American Free Trade Agreement.

Claudia Ruiz Massieu, secretary of foreign affairs of Mexico, said the Mexican government will take Trump’s promise of a new era of cooperation at its best.

Secretary of Economy Ildefonso Guajardo said he will discuss NAFTA with Trump’s team to clarify the importance of the agreement, but not to renegotiate it.

Flake Vows To Support Trade In Talks With Mexican Officials Border Groups Readying for Trump Administration Arizona Democrats Seeking Roadmap for the Future
By posting comments, you agree to our
AZPM encourages comments, but comments that contain profanity, unrelated information, threats, libel, defamatory statements, obscenities, pornography or that violate the law are not allowed. Comments that promote commercial products or services are not allowed. Comments in violation of this policy will be removed. Continued posting of comments that violate this policy will result in the commenter being banned from the site.