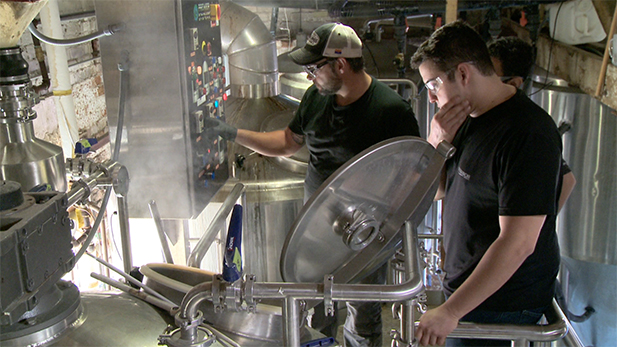 A brewery from Tucson and a brewery from Hermosillo, Sonora, are set to launch a collaboration beer with the hope that it can boost trade and relations in their industry across the U.S.-Mexican border. 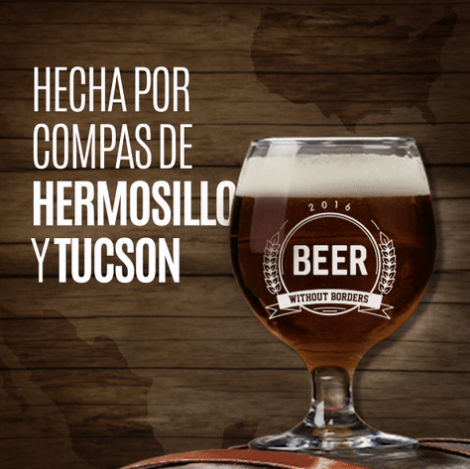 VIEW LARGER Screenshot from a promotional graphic for Beer Without Borders, 2016. Text reads, "Made by pals from Hermosillo and Tucson."

“We wanted to be a counterpoint to some of the more toxic sentiments that are going around right now,” said Borderlands Brewing's Mike Mallozzi.

The brown ale will be available starting Wednesday at both breweries.

“We all really love beer," said Buqui Bichi Brewing's Damian Erro. "We love what we do, and that’s the most important thing. There are no borders in beer.”

The brewers will save some of the beer so they can serve it at the annual meeting of the Arizona-Mexico Commission and its Mexican counterpart, the Comisión Sonora-Arizona, which takes place Dec. 1-2 in Hermosillo.

Tucson, Hermosillo Beer Makers Work Together to Brew Up Business Sen. Flake: A Border Tax Is Bad For Business After Trump is Inaugurated, Sonora to Host ‘Megaregion’ Business Summit
By posting comments, you agree to our
AZPM encourages comments, but comments that contain profanity, unrelated information, threats, libel, defamatory statements, obscenities, pornography or that violate the law are not allowed. Comments that promote commercial products or services are not allowed. Comments in violation of this policy will be removed. Continued posting of comments that violate this policy will result in the commenter being banned from the site.