Some ranchers voted for the president-elect based on promises about the border. by Michel Marizco TWEET SHARE 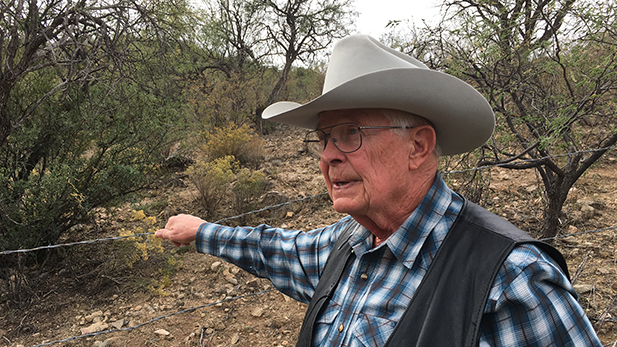 Few of President-elect Donald Trump’s campaign promises resonated as deeply as his promise to build a wall.

In 2015, he gave the first of many speeches outlining his immigration plans, the cornerstone of which was a wall with Mexico.

"We’re going to work on numerous things. The first is building a wall, which Mexico will pay for. Okay? We’re going to build it. I know how to do it. It’s going to be real wall, not a toy wall like we have right now," Trump said.

That was about the extent of Trump’s expressed plans at the time.

But last Sunday, he told the CBS television program “60 Minutes” that he was sticking by his pledge to build something - perhaps not a complete wall, but a barrier that might be just a fence in some places.

Some ranchers along Arizona’s border took Trump at his word, and they voted for him based on that promise.

Few ranchers have clamored as hard and as long for proper border security as Jim Chilton. The fifth-generation Arizona cattle rancher and his wife live in Arivaca.

"I think, well if Trump can build all these hotels around the world, and especially the Trump Tower in New York, anyone, essentially any good contractor, can build a wall," Chilton said. 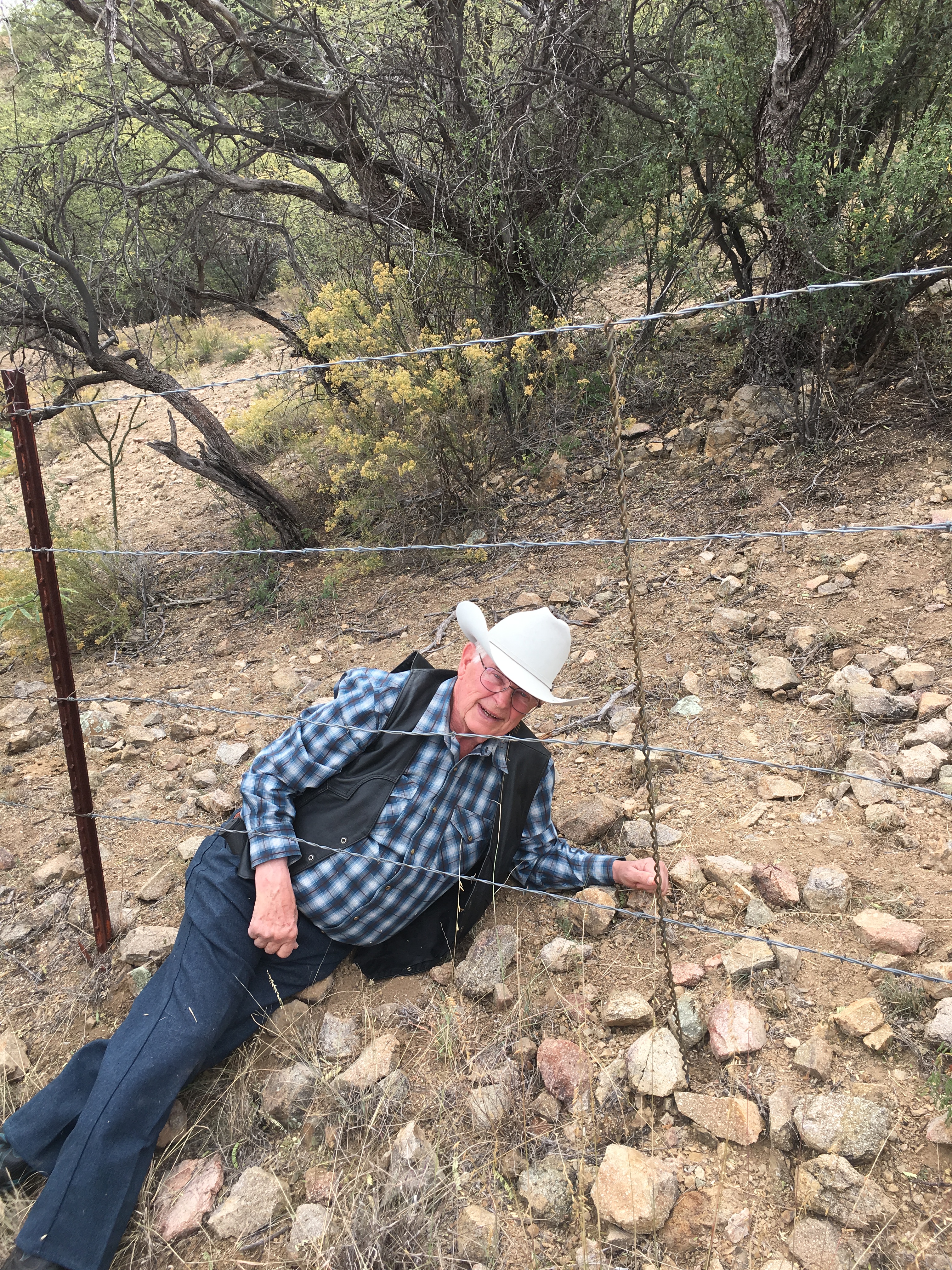 VIEW LARGER Rancher Jim Chilton demonstrates how easy it is to slip beneath the barbed-wire fence on his property separating Mexico and the U.S.
Michel Marizco, Fronteras Desk

It’s 20 miles down to the border from Chilton’s house. Twenty long, bouncing, slipping, sliding and jostling miles driving at about 10 miles an hour on a dirt road. The last five are a slog through brambles and mesquite thorns slapping the truck. But it’s as peaceful and idyllic as the gentle rolling hills to the south would suggest.

Chilton described a border rampant with drug trafficking. He attributed that to this particular stretch, where his ranch meets Mexico. The only physical boundary is about five miles of barbed wire fence.

It's clear someone already has. Some of the fence stakes are pulled up and the fence is balanced precariously, held up only by the tension of the remaining stakes.

In 2006, the U.S. passed what was known as the Secure Fence Act. It promised to add 700 miles of physical barrier to the border. Parts of Arizona’s border eventually sprouted bollard walls, solid steel vehicle barriers and steel screens.

But Chilton’s ranch is stuck with about 500 crooked feet of vehicle barrier, this old barbed wire fence and no road for agents to drive on.

"The drug packers come up and throw their bales of marijuana or their marijuana or their meth or their heroin, do exactly what I’m doing, climb under the fence and then they have about 20 miles of road going into the United States where there’s no Border Patrol," Chilton said. 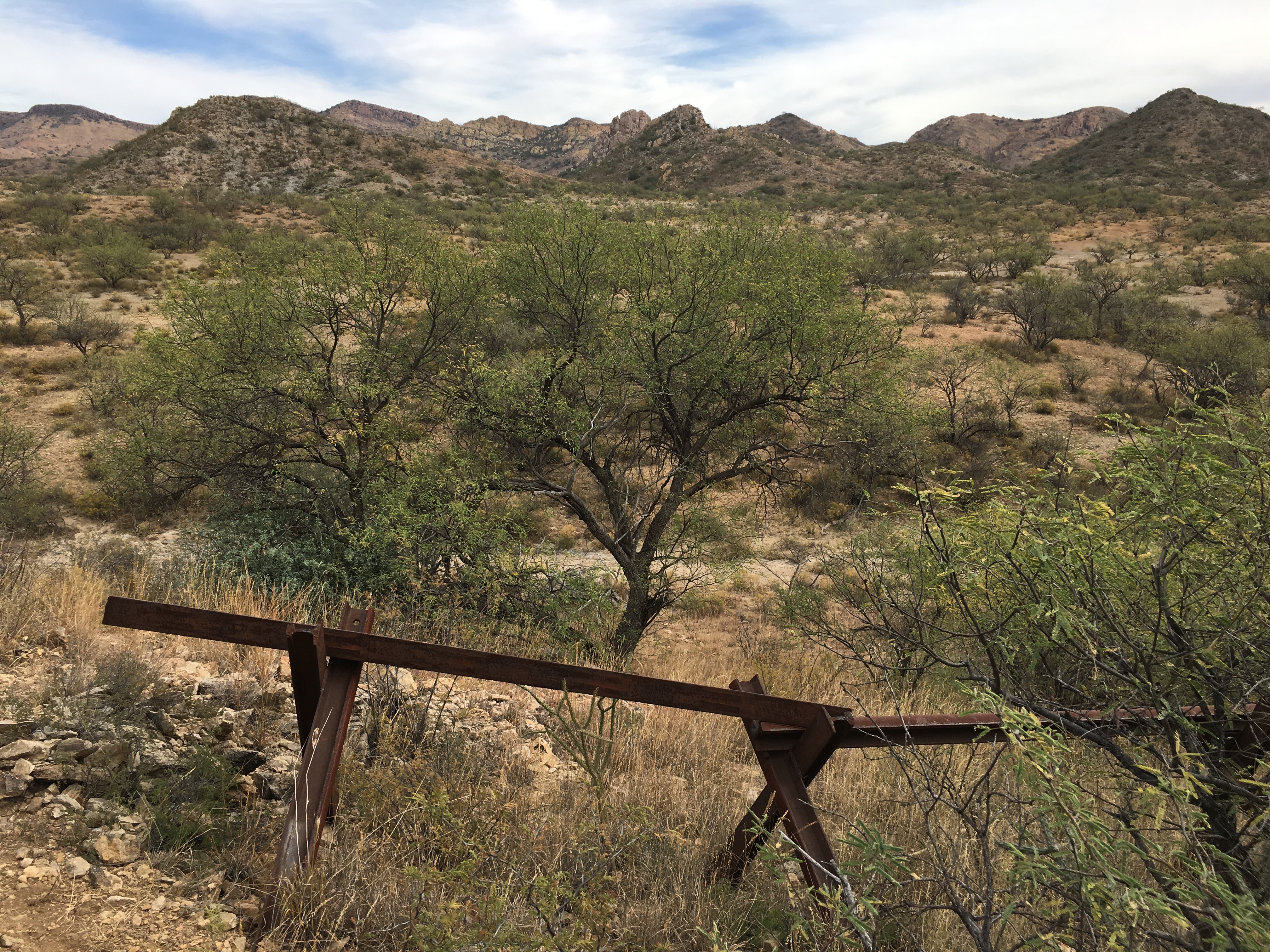 VIEW LARGER The Homeland Security vehicle barrier extends only about one-eighth of a mile along Chilton's property. Barbed-wire fencing comprises the rest of the boundary.
Michel Marizco, Fronteras Desk

Chilton explains that a wall by itself is insufficient. He's offered the use of his property to the Border Patrol for horse units and even a permanent forward operating base camp. So far, the agency hasn't taken him up on it.

Just as the new walls came up, the economy came down, and so did Border Patrol apprehensions. But Chilton said his ranch is still rife with smugglers. Trump was the only candidate whom he felt addressed his concern.

"When Donald Trump started talking about it, I was elated," Chilton said. "It was really wonderful."

Back at the ranch house, Chilton’s wife, Sue, said she also voted for Trump.

Her husband interjected: "Trump says he’s going to build a wall, and he’d better or he will have lied to the American public."

It’s still not clear whether the president-elect intends to carry out his promise or whether he used the term “wall” as a sort of metaphor for increased border security, but the Chilton's intend to hold Trump to his promise.

The Border's New Boundaries, Part II: Living On The Edge Get to Know Arizona's US-Mexican Border Through Photos Southern Arizona Leaders Invite Trump to Walk the Border
By posting comments, you agree to our
AZPM encourages comments, but comments that contain profanity, unrelated information, threats, libel, defamatory statements, obscenities, pornography or that violate the law are not allowed. Comments that promote commercial products or services are not allowed. Comments in violation of this policy will be removed. Continued posting of comments that violate this policy will result in the commenter being banned from the site.