The award was part of a larger effort to aid in the recovery of a declining Monarch population. TWEET SHARE 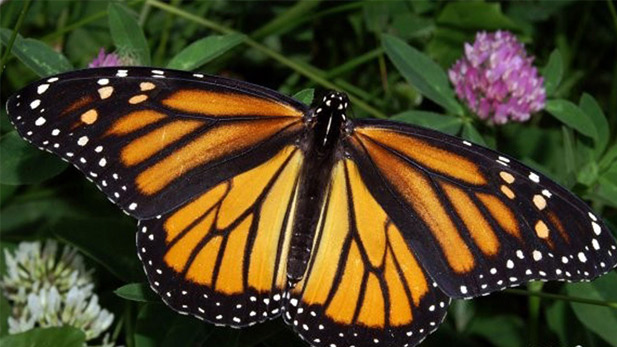 Within the past two decades, the North American monarch butterfly population has plummeted. To aid in its recovery, the National Fish and Wildlife Foundation recently awarded $3 million in grants to various programs, including one in Arizona.

The National Fish and Wildlife Foundation recently awarded nearly $89,000 to the Southwest Monarch Study, a nonprofit based in Arizona.

The Southwest Monarch Study will be using the money to tag monarchs in the state as well as to host monarch waystations — areas where the butterflies can reproduce — at eight Arizona state parks. The group plans to distribute and plant native milkweed and nectar plants, which are the primary food sources for monarch butterflies and caterpillars.

Gail Morris, coordinator of the Southwest Monarch Study, said the decline of the monarch is partly due to loss of its habitat.

“We know these habitats are getting lower in number, and so by adding milkweed to areas that are protected we’re trying to keep the amount of habitat at a healthy rate," said Morris.

The Southwest Monarch Study is one of 22 nonprofit organizations and government agencies to receive an award.

Nature Enthusiasts Help UA Researchers Tackle Butterfly Data Colorado River Delta Still Thrives 2 Years after Dam Flow Spring Is Coming Earlier and Earlier, UA Study Shows
By posting comments, you agree to our
AZPM encourages comments, but comments that contain profanity, unrelated information, threats, libel, defamatory statements, obscenities, pornography or that violate the law are not allowed. Comments that promote commercial products or services are not allowed. Comments in violation of this policy will be removed. Continued posting of comments that violate this policy will result in the commenter being banned from the site.