Canada Lifting the Visa Requirement for Visitors from Mexico 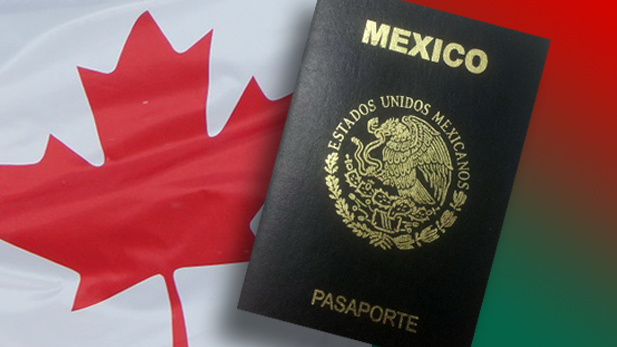 The United States' neighbors to the north and south are becoming closer, as Canada has just made it easier for Mexican travelers to visit that country.

In 2009, Canada started to require visas for Mexican citizens. Back then, it was a victory for Canadian conservatives, who claimed that there was a massive number of asylum requests from Mexican nationals.

But times change, and Liberal Prime Minister Justin Trudeau promised that he would eliminate those visas during his campaign in 2015.

By the beginning of this year, Trudeau and Foreign Minister Stéphane Dion announced a resolution.

“The visa situation between Canada and Mexico will be resolved, finished, kaput,” Dion said back in January.

Mexicans will not have to apply for a Canadian visa anymore. Instead, they will simply have to apply online for an Electronic Travel Authorization. This eliminates barriers and costs.

The application for the travel authorization has already begun, but current visa laws for Canada will remain in place until Dec. 1. Visit the Canadian government website for more information.

Mexican Mother Granted Special Visa to Visit Ailing Husband in Tucson Green Valley Hospital Files for Chapter 11 Bankruptcy Mexican Ambassador: US Needs Strong Relationship With Southern Neighbor
By posting comments, you agree to our
AZPM encourages comments, but comments that contain profanity, unrelated information, threats, libel, defamatory statements, obscenities, pornography or that violate the law are not allowed. Comments that promote commercial products or services are not allowed. Comments in violation of this policy will be removed. Continued posting of comments that violate this policy will result in the commenter being banned from the site.