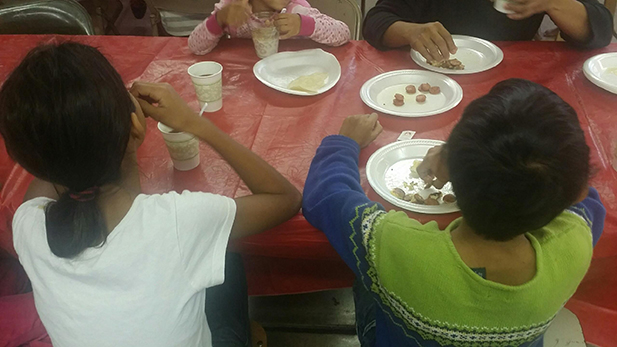 Gang violence is pushing a new wave of Central Americans to flee their country to seek asylum in the U.S., prompting Immigration and Customs Enforcement to ask for help from Tucson’s religious community.

Customs and Border Protection has not released figures on the size of the latest surge of Central American women and children crossing into the U.S., but a high-ranking CBP official asked the United Methodist bishop responsible for Southern Arizona for help.

Two Tucson churches, under the leadership of Reverend Roland Loomis, have converted one undisclosed church basement into living quarters for up to 50 refugee women with children.

Late yesterday, the National United Methodists Committee on Relief granted the churches $60,000 for the effort. That pays for food, but the two United Methodist churches say they still need more supplies and volunteers.

Forum to Explore Challenges, Misconceptions in Refugee Resettlement Tucson Refugee Resettlement Nonprofits Fear Closures Banning Vetted Refugees Puts Them In Harm's Way, Advocate Says
By posting comments, you agree to our
AZPM encourages comments, but comments that contain profanity, unrelated information, threats, libel, defamatory statements, obscenities, pornography or that violate the law are not allowed. Comments that promote commercial products or services are not allowed. Comments in violation of this policy will be removed. Continued posting of comments that violate this policy will result in the commenter being banned from the site.