The Yuma agriculture industry wants to know what carries the pathogens and how far. by Maya Springhawk Robnett, Arizona Science Desk Tweet 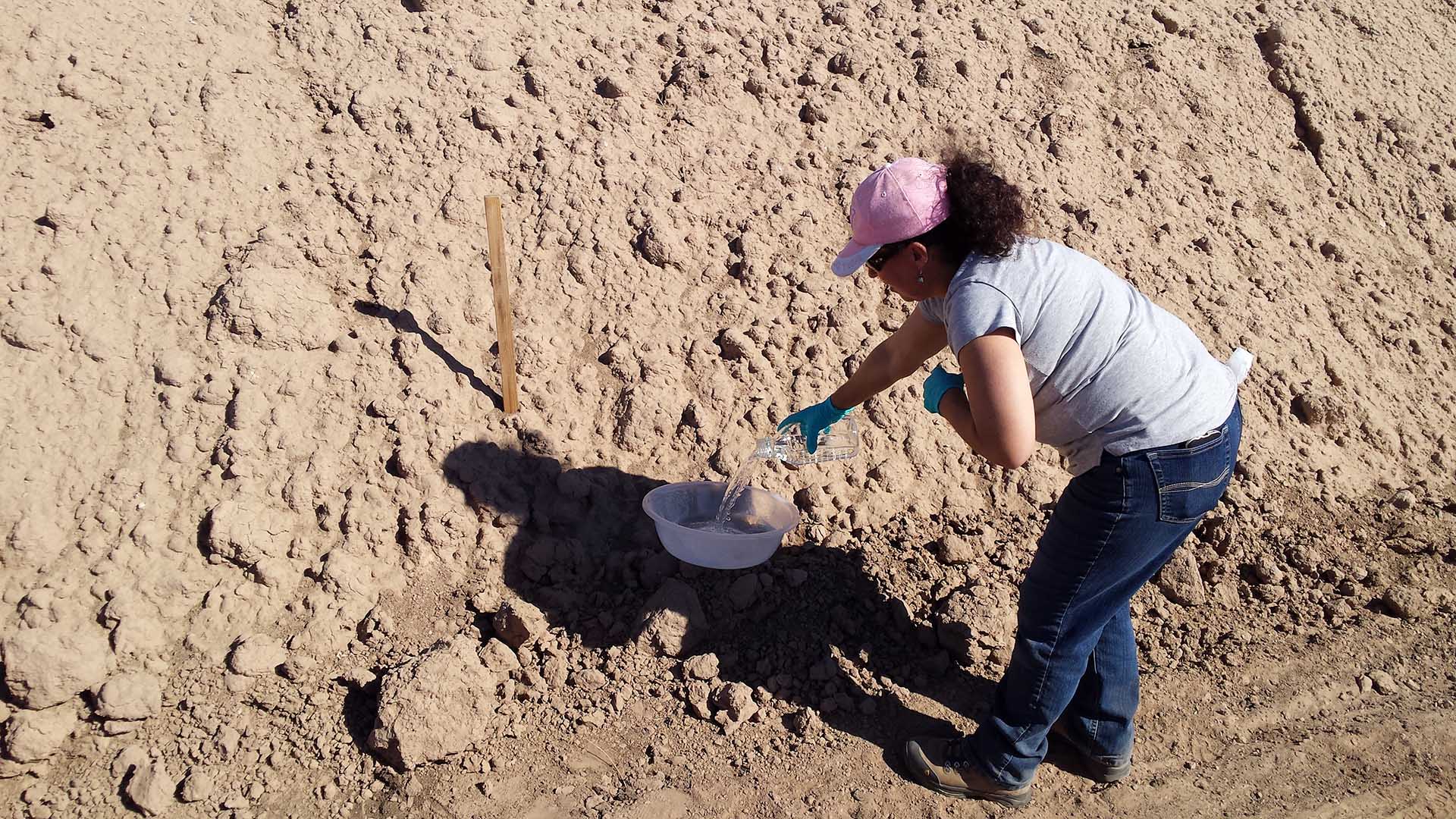 Dr. Paula Rivadeneira sets out a bucket of water to collect dust which may be carrying pathogens.
Maya Springhawk Robnett, Arizona Science Desk

YUMA - Have you ever thought about flies and pathogens? Paula Rivadeneira has. “A little fly lands on your Coke and you’re like, ‘Oh, shoo away, fly!’ You have no idea what it left behind. No idea.”

Rivadeneira has an unusual job. Her official title is “extension specialist in food safety and wildlife” at the Yuma Agricultural Center at the University of Arizona. She calls herself “Paula the Poop Doctor.” In food safety, feces are a common field contaminant.

“Pathogens are often associated with poop -- and animal poop in particular!”

Rivadeneira and her research technician, Martha Ruedas, will set out fly traps and buckets of water to collect dust samples near Yuma fields. They want to know if individual instances of pathogens in the fields are the result of flies, dust blowing contaminants, or just wild or domestic animals.

The researchers collect samples near agricultural areas on the outskirts of Yuma County. 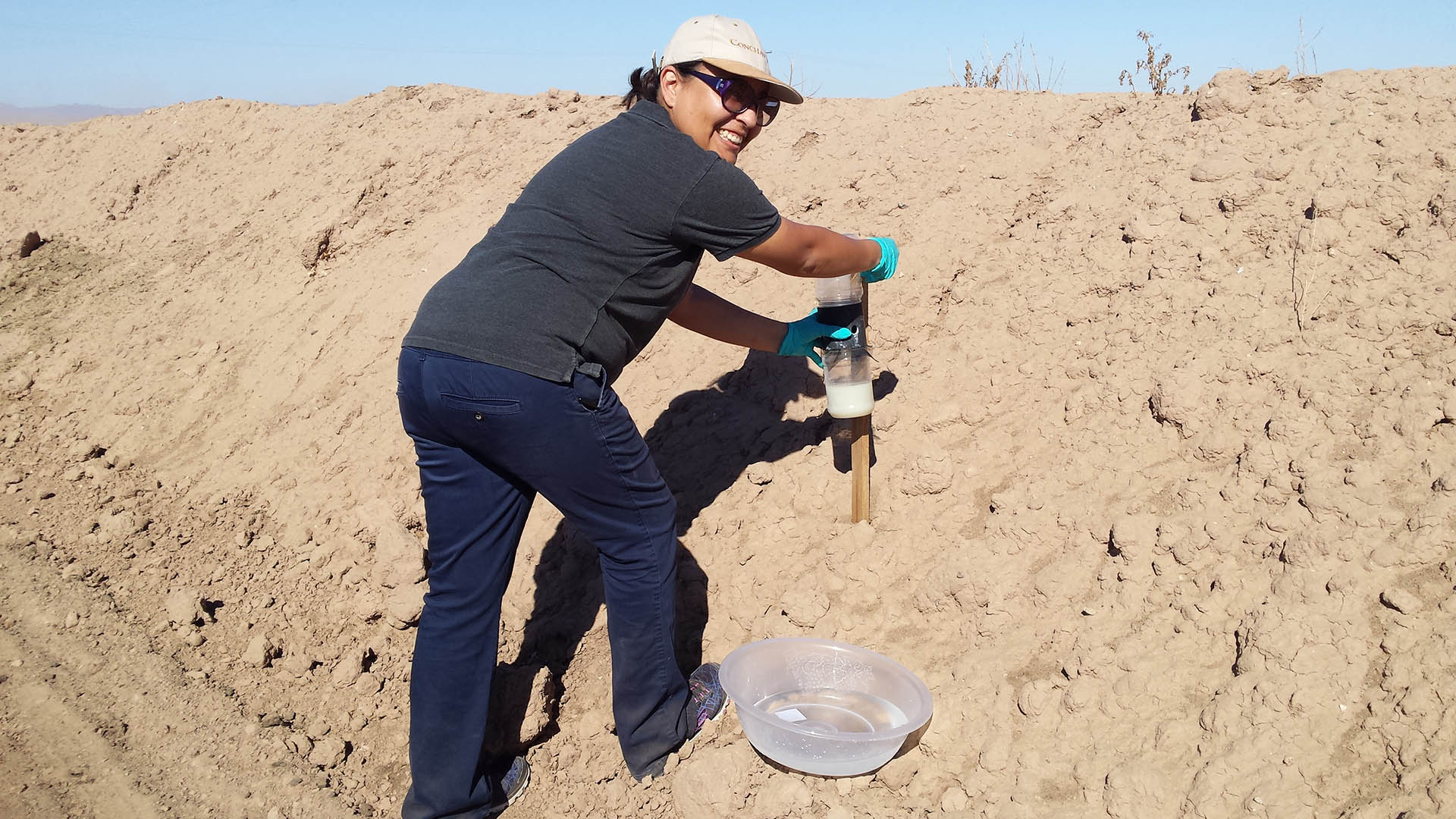 Ruedas screwed off the lid of a fly trap. It’s a container they fill with a special kind of bait.

“I’m preparing the trap with this solution that is egg fermented,” Ruedas said. “And we will see how many flies we get.”

It does not smell good.

Yuma farmers get nervous when they see Rivadeneira in their fields. If she finds a single contaminated head of lettuce or other vegetable, the policy is to condemn an entire portion of that field.

“The growers all belong to this group called the Leafy Greens Marketing Agreement. And one of the guidelines that they’re required to follow is if there is any kind of contamination in the field, a single positive hit, they’re not allowed to harvest anything around that area,” Rivadaneira said.

“You could lose acres and acres from just a couple of animals coming in overnight.”

She hopes her study will not only help determine where the pathogens come from. She wants to know whether the policy of condemning large areas around a single contaminated vegetable is really necessary.

On this day she was focused on fly traps and dust samples, but Paula the Poop Doctor couldn’t help herself. Rivadeneira stopped the moment she saw bird droppings in the dirt near a field and lit up with excitement.

Farmers don’t like talking about food safety, but contamination is a major concern for growers. It not only hurts their bottom line, it also undermines consumer trust. This became a problem in September 2006 when California experienced an outbreak of E. coli in spinach crops.

Valentin Sierra, a food safety specialist for Amigo Farms in Yuma, said that changed the conversation and the industry.

A lot of growers and shippers were already doing some kind of food safety practices, but it wasn’t really a focus then. But now, after that outbreak, it’s been one of the key focuses of agriculture business,” Sierra said.

Food safety is more costly than it was before 2006. Even harvesting equipment is far more expensive than it used to be, because sanitation requirements call for many items to be made with stainless steel and thoroughly cleaned daily. And despite the loss of product – and, consequently, money - Sierra said it’s worth it to condemn a large portion of a field.

“Let’s just say you do find just one contaminated head. Who’s to say that that head won’t contaminate the rest of the load? So, you’re already taking a step. Why risk it?”

The Yuma Agricultural Center study is scheduled to conclude in March, when Rivadeneira’s team will run the lab samples and report the results to local growers.

Researchers Give Corn a Tool to Fight Fungus Precision Agriculture Taking Off For Yuma Farmers With Drones Bridgestone Mulls "Guayule" Rubber Operation In Yuma
By posting comments, you agree to our
AZPM encourages comments, but comments that contain profanity, unrelated information, threats, libel, defamatory statements, obscenities, pornography or that violate the law are not allowed. Comments that promote commercial products or services are not allowed. Comments in violation of this policy will be removed. Continued posting of comments that violate this policy will result in the commenter being banned from the site.