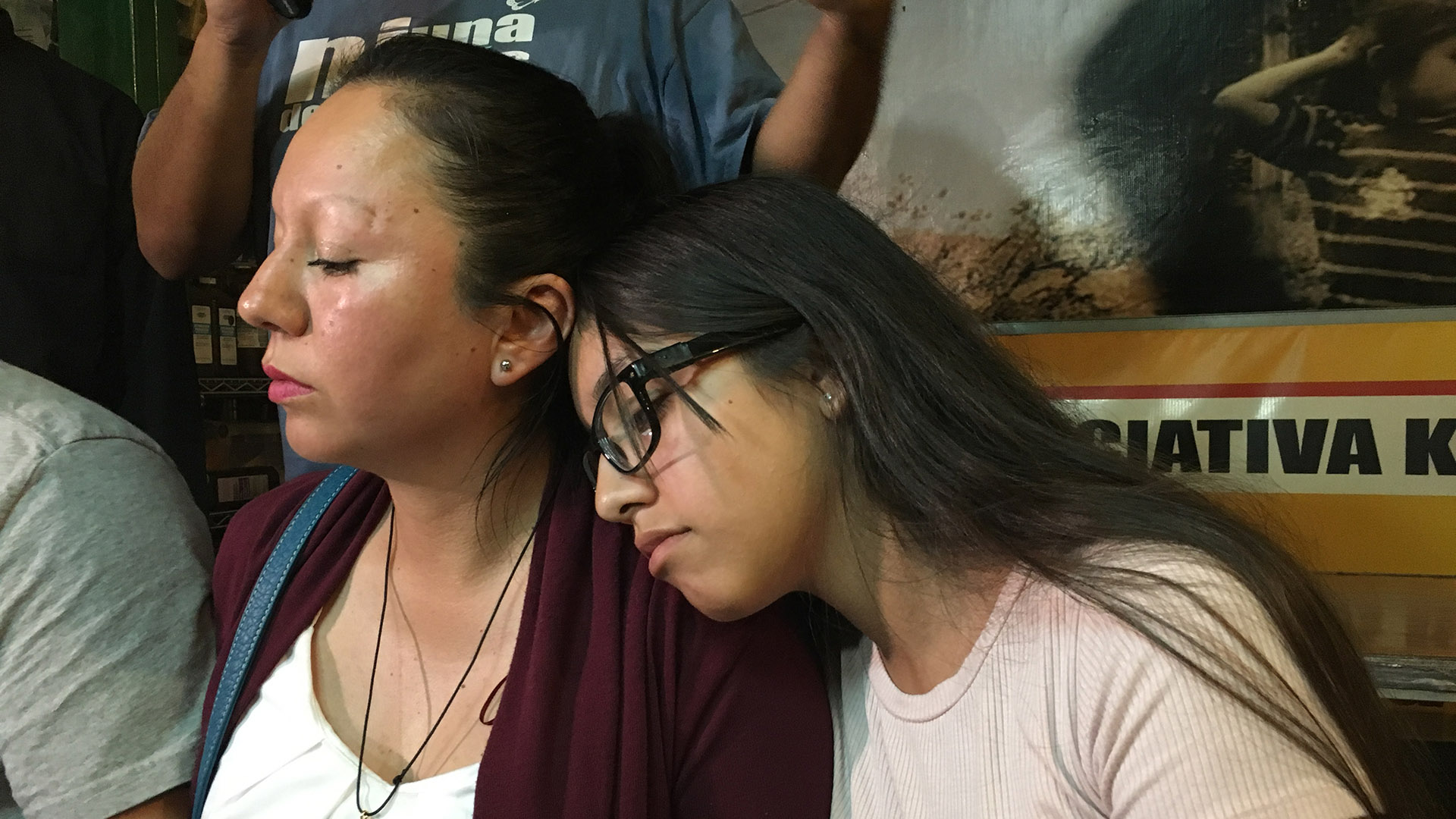 At 9:42 a.m. on Thursday, Guadalupe García de Rayos was unshackled and dropped off in a country she has not seen in 21 years.

She was met by immigration officials across the border in Nogales, Sonora, processed as a returning Mexican citizen, and then taken to a church-run shelter for other women and children like her.

García de Rayos was detained Wednesday in Phoenix during a routine check-in with Immigration and Customs Enforcement (ICE). It’s a check-in she’s made every year since she was convicted of a felony for using a stolen Social Security number to work.

She said the agents were furious and locked her in a room with three other women. She said she was then pulled out and placed in a government vehicle with a truck behind and in front of her.

"I practically felt like they were arresting that man, 'El Chapo,' who was being sent to the U.S.," she said, referring to the recently extradited cartel leader, Joaquín "El Chapo" Guzmán.

García de Rayos said she was not allowed to speak with an attorney and that ICE agents would not answer her questions.

She said she spent the night locked in a trailer. Thursday morning, she was loaded into a black van flanked by escort vehicles and driven south to the border.

Her children are U.S. citizens. They sat on either side of her at a table inside the Kino Border Initiative, a dim and clean church-run shelter with a tin roof that offers deported migrants a hot meal seven days a week and a safe place to eat it in.

"I’m just glad to see my mom," said her daughter, Jackie, crying. "Because last night, I just felt so empty without her. And I’m really happy to be here with her."

"It’s a nightmare having your mother taken away from you," said her son, Angel. "The person who is always there for you. Seeing her taken away in a bunch of vans like she was a huge criminal. It feels like a dream. But it’s reality and we have to face it. We have to keep on fighting for what we want. And yeah, we’re going to support our community and our mother. We’re going to keep on fighting."

Because of her felony conviction, García de Rayos received a deportation order in 2013 but was never deported because she didn’t fit the usual criteria for deportation under the Obama administration.

Under President Donald Trump, undocumented immigrants charged with a criminal offense are now a deportation priority. García de Rayos said she feels as though the administration is making an example of her.

García de Rayos said she doesn’t know what she’ll do yet. She is originally from Guanuajuato, a state some 1,100 miles away from Nogales’ hard-scrabble streets. She left when she was 14.

Outside the Kino Border Initiative, Oscar Chagoyen weighed the outcome of her life compared to his.

He’s a convicted felon for what he said were gang-related crimes he committed in California before he was deported years ago. Now he said he cleans windows for pesos and sleeps in a graveyard. He thinks that García de Rayos' deportation is an example set by the new administration.

"I don’t blame her. She was checking everything when Obama was president," Chagoyen said. "But now that Obama ain’t president, what happened now? Who gave her the deportation order?"

As for García de Rayos, she said she has no regrets for staying in the United States illegally and said she did so for the love of her children.

Immigrant: 'Waiting and Waiting' for Dreaded Knock on Door 680 Arrested In Immigration Roundups Across The Country White House: 'Dreamers' Not a Deportation Priority For Now
By posting comments, you agree to our
AZPM encourages comments, but comments that contain profanity, unrelated information, threats, libel, defamatory statements, obscenities, pornography or that violate the law are not allowed. Comments that promote commercial products or services are not allowed. Comments in violation of this policy will be removed. Continued posting of comments that violate this policy will result in the commenter being banned from the site.