After the Bomb Scare

How safe do Jews feel in Tucson? by Laura Markowitz Tweet 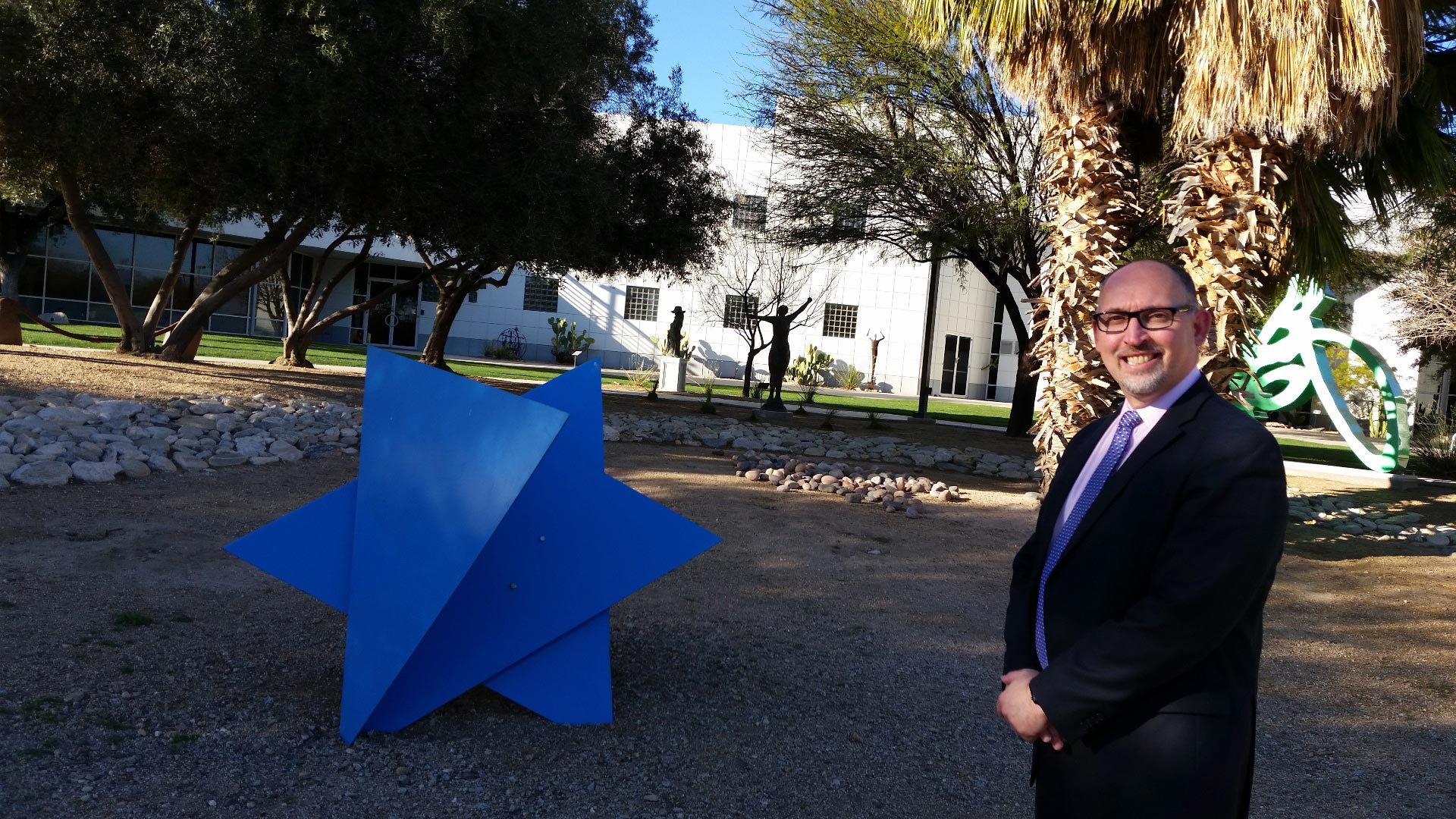 Todd Rockoff, President and CEO of the Tucson JCC, poses by his favorite piece in the community center’s sculpture garden.
Laura Markowitz

More than half of reported anti-religious hate crimes in the U.S. target Jews, according to the FBI.

This weekend, Jews around the world celebrate the holiday of Purim. It commemorates the failure of a plot to assassinate the Jews of Persia in the 4th century BCE. The Jewish community of Tucson will be celebrating with the usual costumes, carnivals and exchanges of sweets. But some will also be coping with fear and sadness after the February 27th bomb threat at the Tucson Jewish Community Center (JCC).

Starting in January of this year, a wave of 100 bomb threats targeted Jewish community centers, schools and synagogues. When the call came, the Tucson JCC staff was prepared.

“We were well-aware and well-informed since mid-January when this wave of calls to JCC’s began,” says Todd Rockoff, President and CEO of the Tucson JCC. “We used those opportunities to continue to reinforce our procedures.” 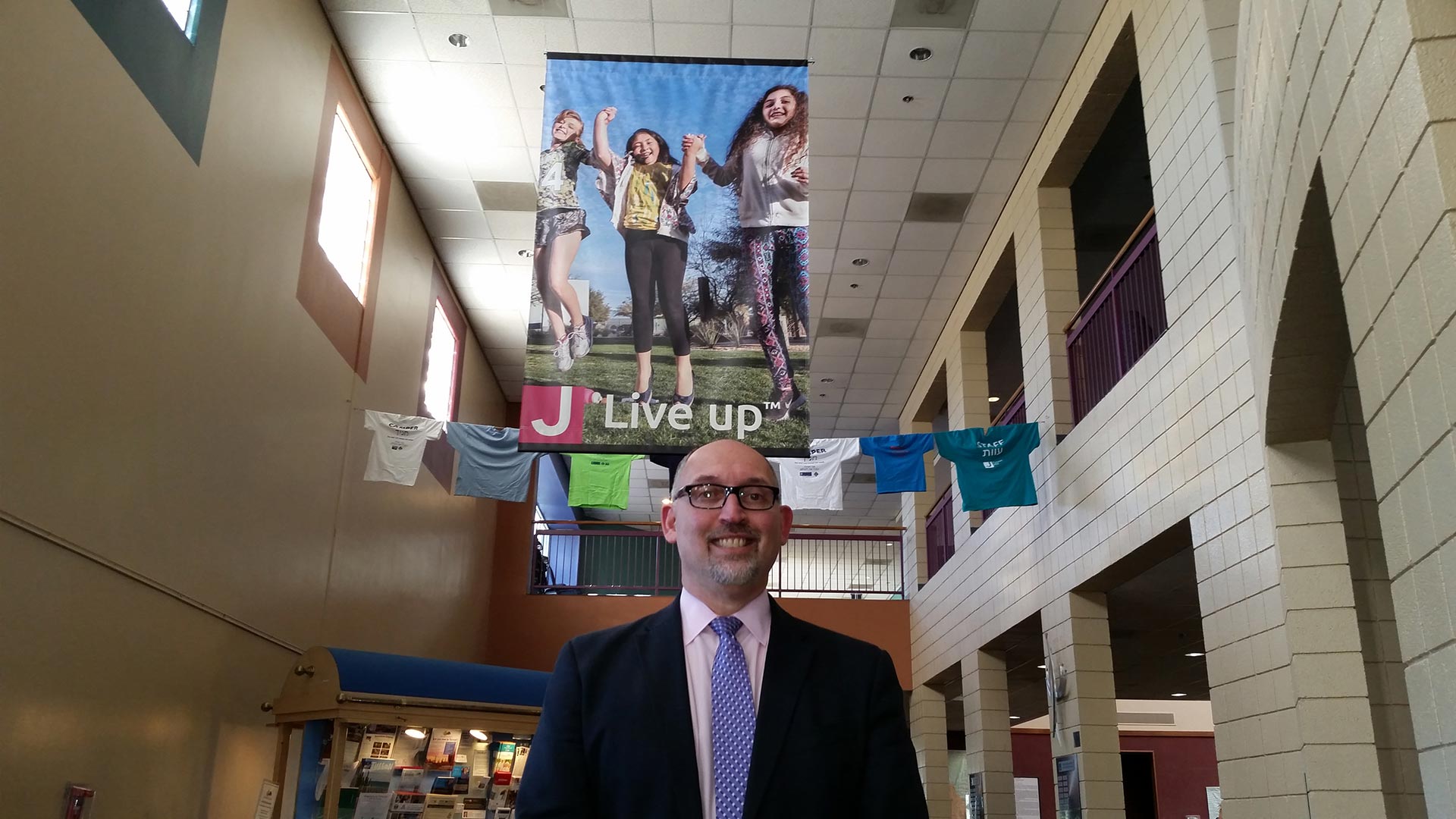 Todd Rockoff, President and CEO of the Tucson Jewish Community Center (JCC). The JCC has around 9,000 members. The majority are not Jewish.
Laura Markowitz

The JCC already had 24-hour video surveillance in place and security guards patrolling the campus. All staff members get training on security protocols from their first day of work there. None of these safety measures are unusual for a Jewish institutions in the United States. That’s because more than half of reported anti-religious hate crimes target Jews, according to the FBI.

“Nationally and perhaps locally there is reason to treat things with an abundance of caution,” says Rockoff.

Jewish people are used to walking past police officers at the doors of their synagogues, especially during the High Holidays.

“I think that there is a balance that we try to strike about being welcoming and not being paranoid,” and staying safe, says Michelle Blumenberg. She’s Executive Director of the Hillel Foundation on the University of Arizona’s campus. The Jewish student group decided not to have law enforcement at their High Holiday services, but they did install 24-hour video surveillance cameras in their building last summer.

There is a balance ... about being welcoming and not being paranoid. – Michelle Blumenberg, Hillel Foundation 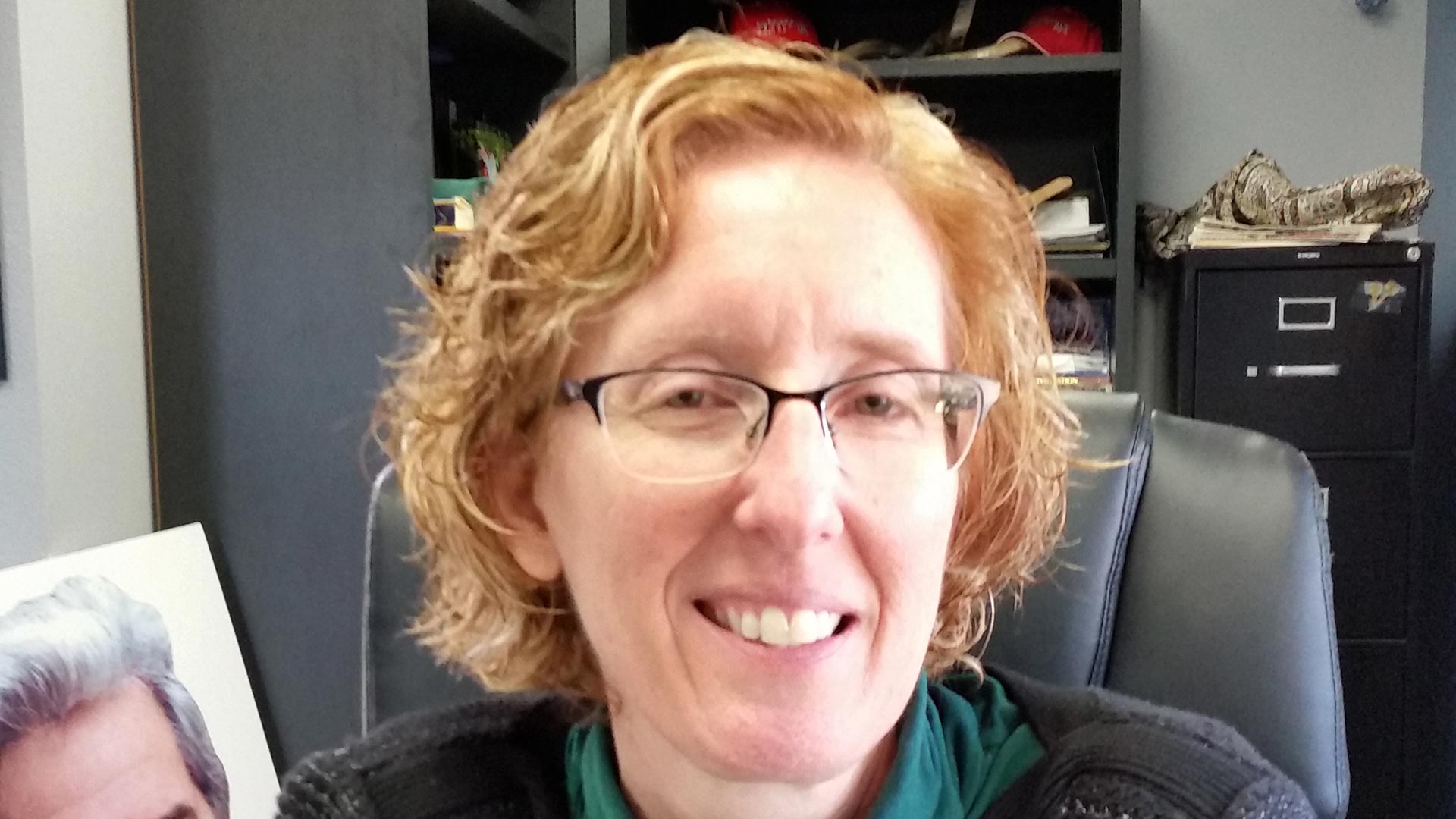 Michelle Blumenberg is Executive Director of the Hillel Foundation on the campus of the University of Arizona. The Jewish student group provides support and cultural and educational programs for the estimated 3,000 Jewish students on campus, and is also open to the community.
Laura Markowitz

“We have the bomb threat procedures and a checklist – it’s next to our phones. There was a video that we watched. We had the University of Arizona Police Department come in for what will now be an annual training: ‘What do you do when an active shooter comes in?’”

Anti-Semitism is always there, beneath the surface. - Bryan Davis, Jewish History Museum

She says Hillel is one of a number of vulnerable groups on campus that took the training. Blumenberg says there hasn’t been any reported rise in anti-Semitism on campus, but students are aware that it’s happening in other places.

“They wonder: ‘Will something happen? Do I need to be careful? I wonder if they’re going to start on Hillels?’ ” 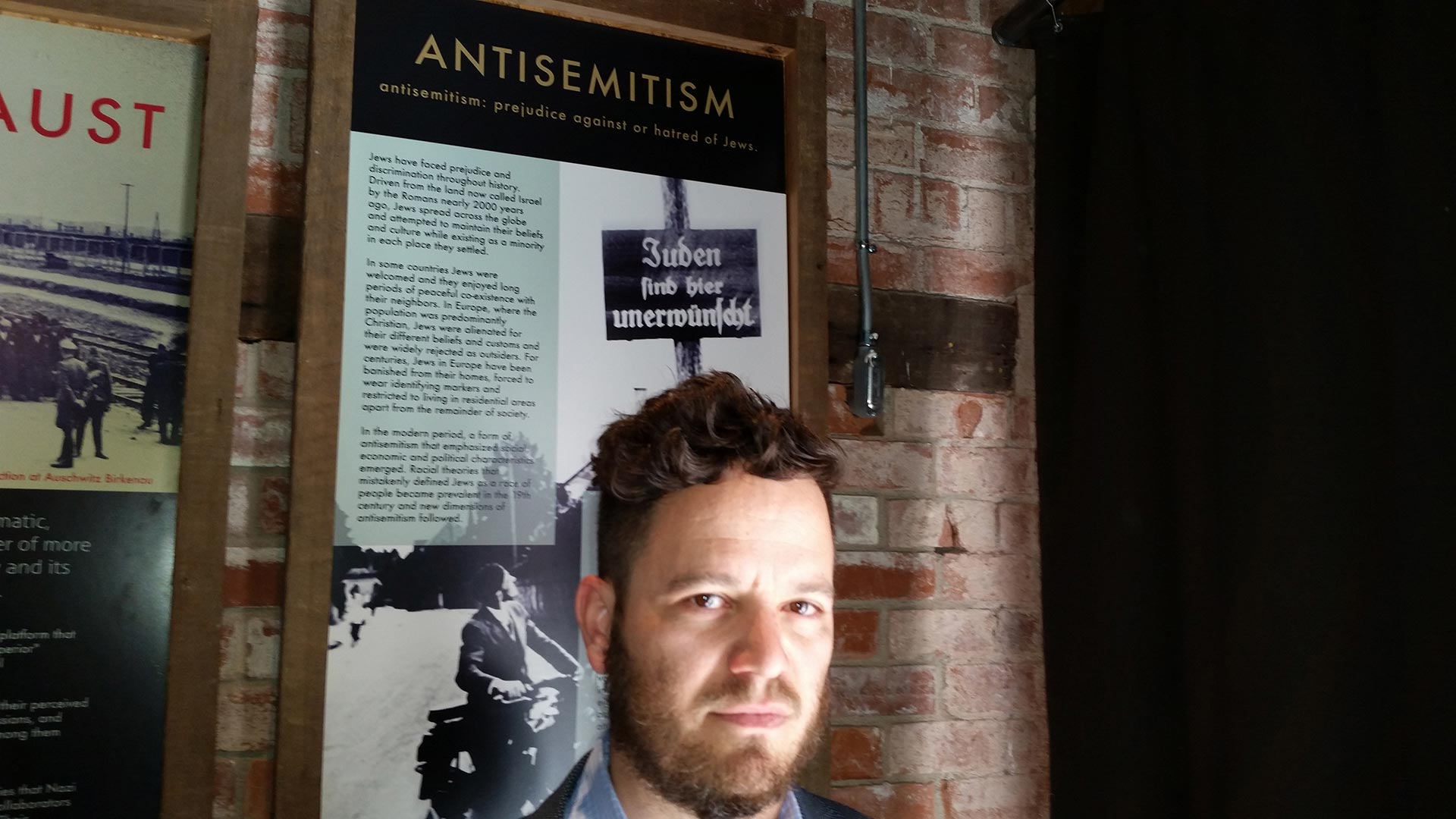 Bryan Davis, Executive Director of Tucson’s Jewish History Museum/Holocaust History Center used to work with youth on “reconciliation conferences” after acts of anti-Semitism occurred in schools. He says usually they were rooted in ignorance, or were a cry for help.
Laura Markowitz

“Anti-Semitism is always there, beneath the surface,” says Bryan Davis. He is the Executive Director of Tucson’s Jewish History Museum/Holocaust History Center. He says when Jews worry about anti-Semitism it’s not paranoia. “It’s part of the historical record and also a contemporary reality.”

Including here in Tucson. For example, the day after the presidential election, which also happened to be the date of Kristallnacht, November 9th, someone spray-painted anti-Semitic graffiti in Tucson. It said, “With Jews you lose.” The graffiti has shown up in half a dozen other locations around the city since then. On the wall of the Holocaust History Center on Stone Avenue there’s a photograph of the graffiti next to a sign from 1930s Nazi Germany that reads, “Jews not welcome here.”

“The signs are hard to read, but the way that many Jewish people read them – built into that reading is a lot of deep, intergenerational fear,” says Davis.

Our narrative in our Jewish history has a lot to do with us being the ‘other’ and being persecuted. – Stuart Mellan, Jewish Federation of Southern Arizona 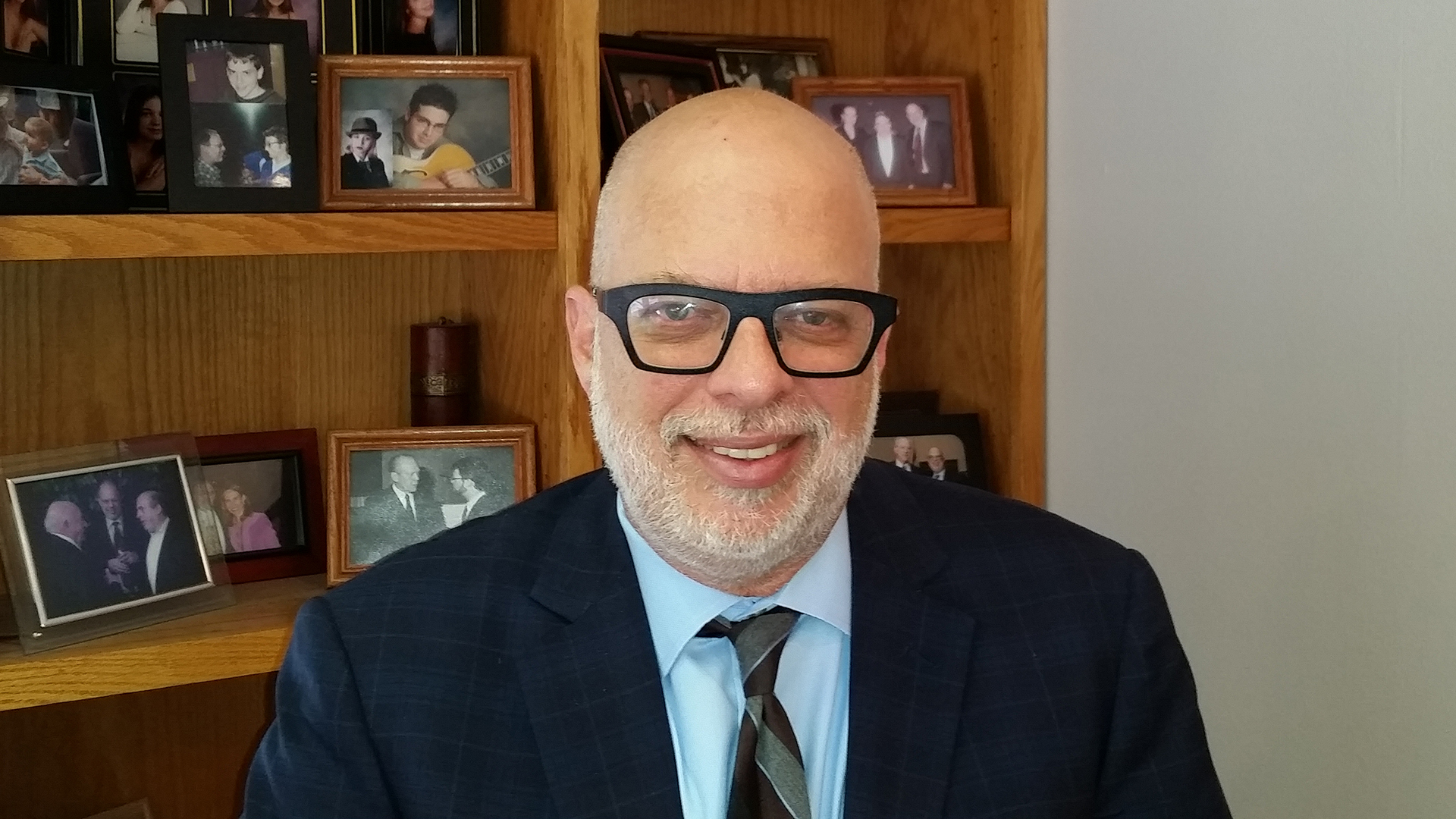 “The day after the bomb scare, people of all faiths reached out to the Jewish community to show support. That’s the best of us.” -- Stuart Mellan, President and CEO of the Jewish Federation of Southern Arizona,
Laura Markowitz

The Holocaust was only the most recent example of attempted genocide of the Jewish people, according to Stuart Mellan, President and CEO of the Jewish Federation of Southern Arizona. He says Jewish history documents attempts by anti-Semites to exterminate the Jewish people over thousands of years.

“Our narrative in our Jewish history has a lot to do with us being the ‘other’ and being persecuted,” he says.

There’s an old joke that goes: "All Jewish holidays can be summed as 'they tried to kill us, we won, let’s eat.' ” Why do Jews focus so much on past persecution?

“We’re actually commanded to remember,” says Mellan, commanded by the Torah “to remember so that it will impact on the way we live our lives.” In particular, he says, to develop empathy for others who are also targets of hate.

“This [bomb scare] is not unlike what the Muslim community has gone through, African Americans, people of color, our LGBT community,” he points out.

Mellan says the antidote to hate is building bridges and becoming allies. Teaching people how to do that is the mission of a new initiative called We Stand Together. It was recently launched by the YWCA of Tucson and the Southern Arizona Hate Crimes Task Force. Bryan Davis is co-chair.

“It’s really reassuring to get communications from across the community expressing their solidarity with the Jewish community.” After the bomb scare the JCC was showered with calls, cards and messages of support from the greater Tucson community.

We stand in solidarity with our Jewish brothers and sisters. – Umer bin Shahid, Ahmadiyya Muslim Community

Umer bin Shahid showed up in person the day after the bomb scare. He brought the JCC a bouquet of flowers.

“We stand in solidarity with our Jewish brothers and sisters,” he says. “We definitely condemn any kind of violent act, or hatred or bigotry, being a Muslim.” 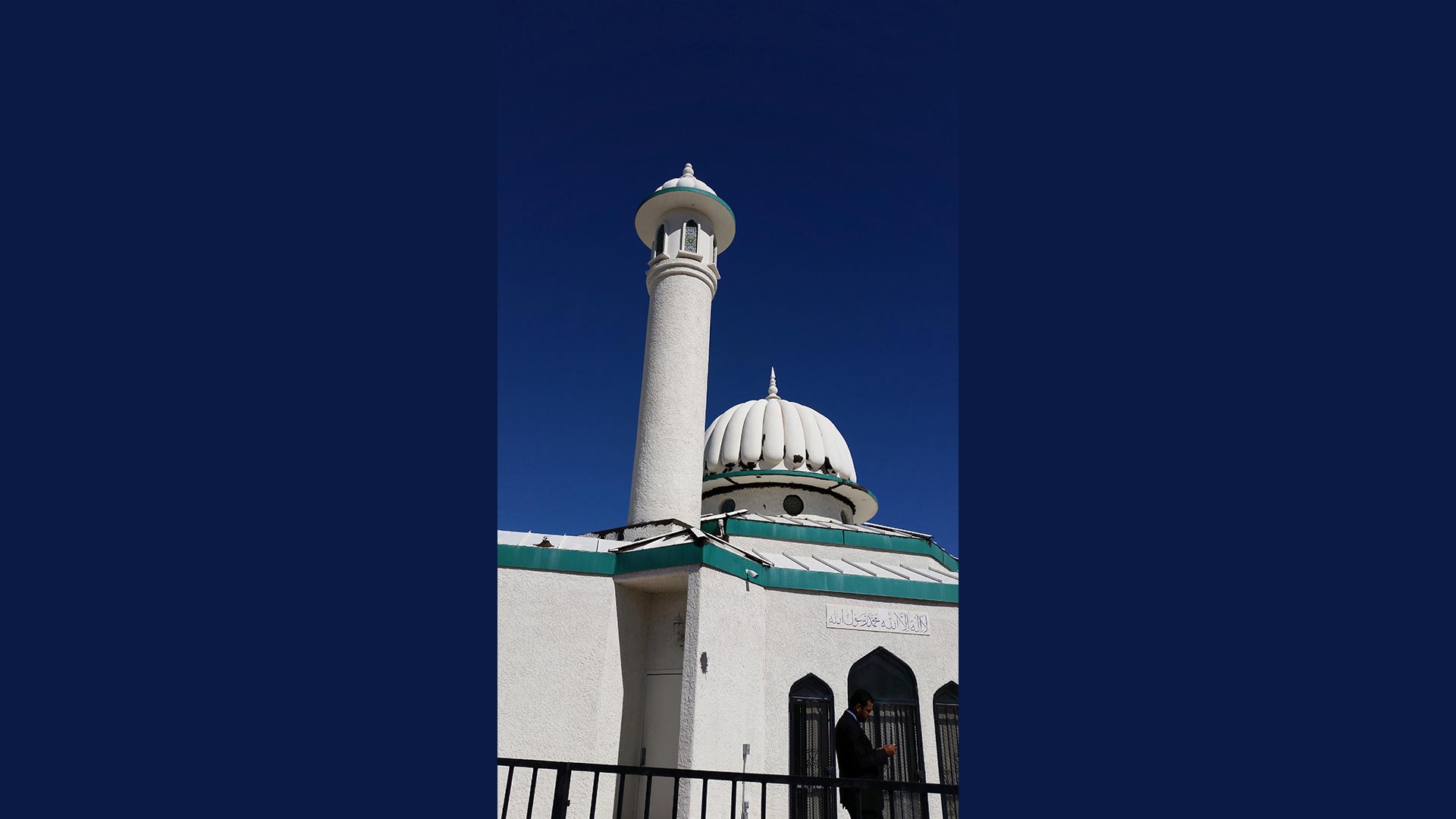 The Ahmadiyya Muslim Community of Tucson has a mosque on Speedway. Like the JCC, they have 24-hour video surveillance because of past threats of violence. They reached out to the JCC after the bomb scare and brought flowers and messages of support.
Laura Markowitz

Bin Shahid is the public outreach coordinator for the Ahmadiyya Muslim Community. He has firsthand knowledge of what it’s like to be targeted because he survived a bombing at his mosque in Pakistan. His Muslim community has raised money to restore vandalized Jewish cemeteries in St. Louis and Philadelphia. He was at the mosque when he saw an alert on his phone about the bomb threat at the JCC. He and the other Muslims began to pray for the safety of the people in the building.

The desired outcome was to divide and cause fear, but that’s not what happened. – Todd Rockoff, Tucson JCC

The JCC’s Todd Rockoff came out of a meeting to shake Bin Shahid’s hand and thank him for the flowers.

“I’m so grateful. The desired outcome was to divide and cause fear, but that’s not what happened.”

Here in Tucson it created an opportunity for diverse people to come together as allies against hate. 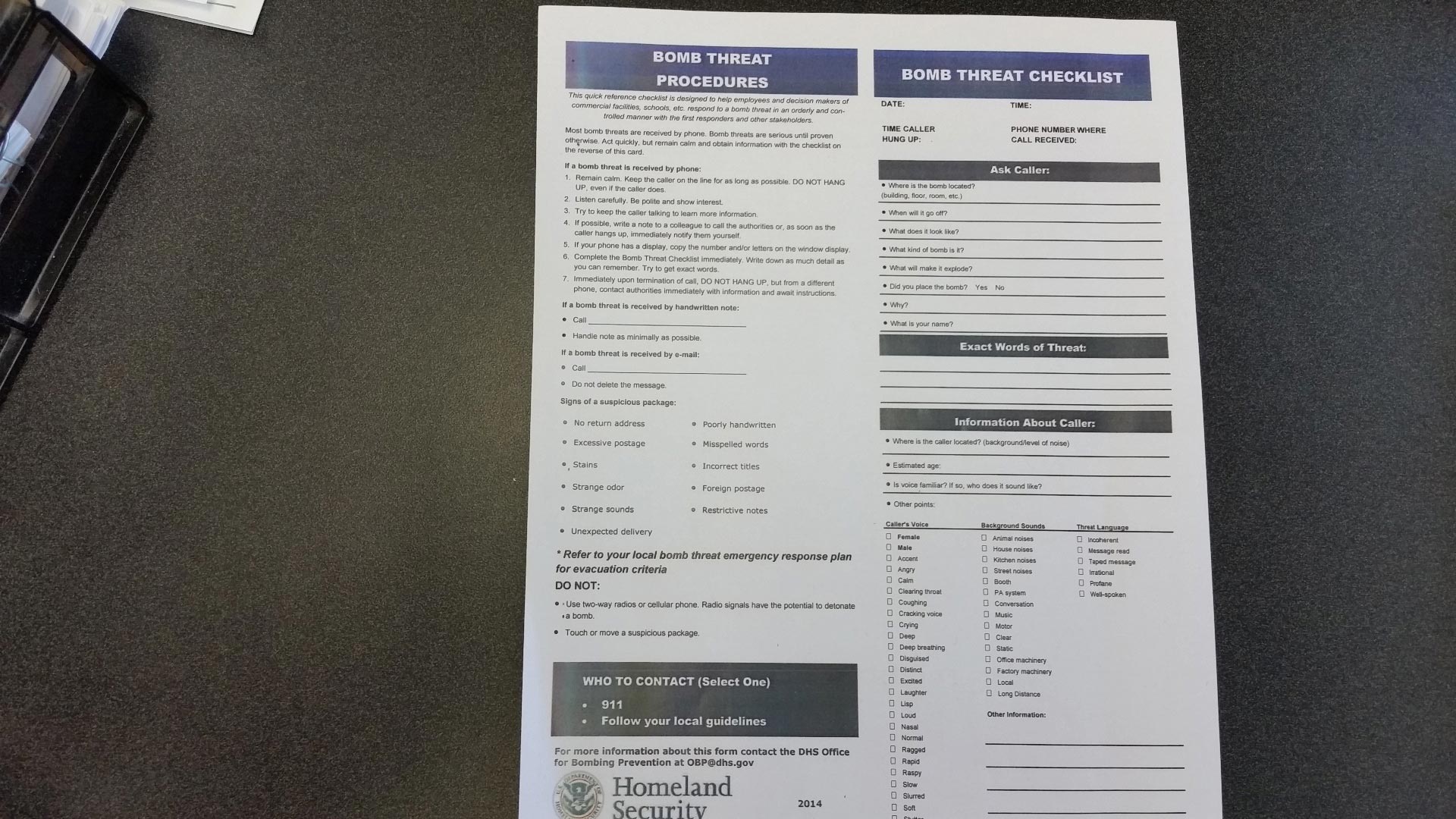 At Tucson Volunteer Fair, Activism by Lending a Hand Part 1: Diverse Alliances in Tucson Immigrant and Refugee Community A Holocaust History for Tucson; and SACASA's Mission During Sexual Assault Awareness Month
By posting comments, you agree to our
AZPM encourages comments, but comments that contain profanity, unrelated information, threats, libel, defamatory statements, obscenities, pornography or that violate the law are not allowed. Comments that promote commercial products or services are not allowed. Comments in violation of this policy will be removed. Continued posting of comments that violate this policy will result in the commenter being banned from the site.