Migrant Comic Book Tells Stories of Those Who Cross the Border 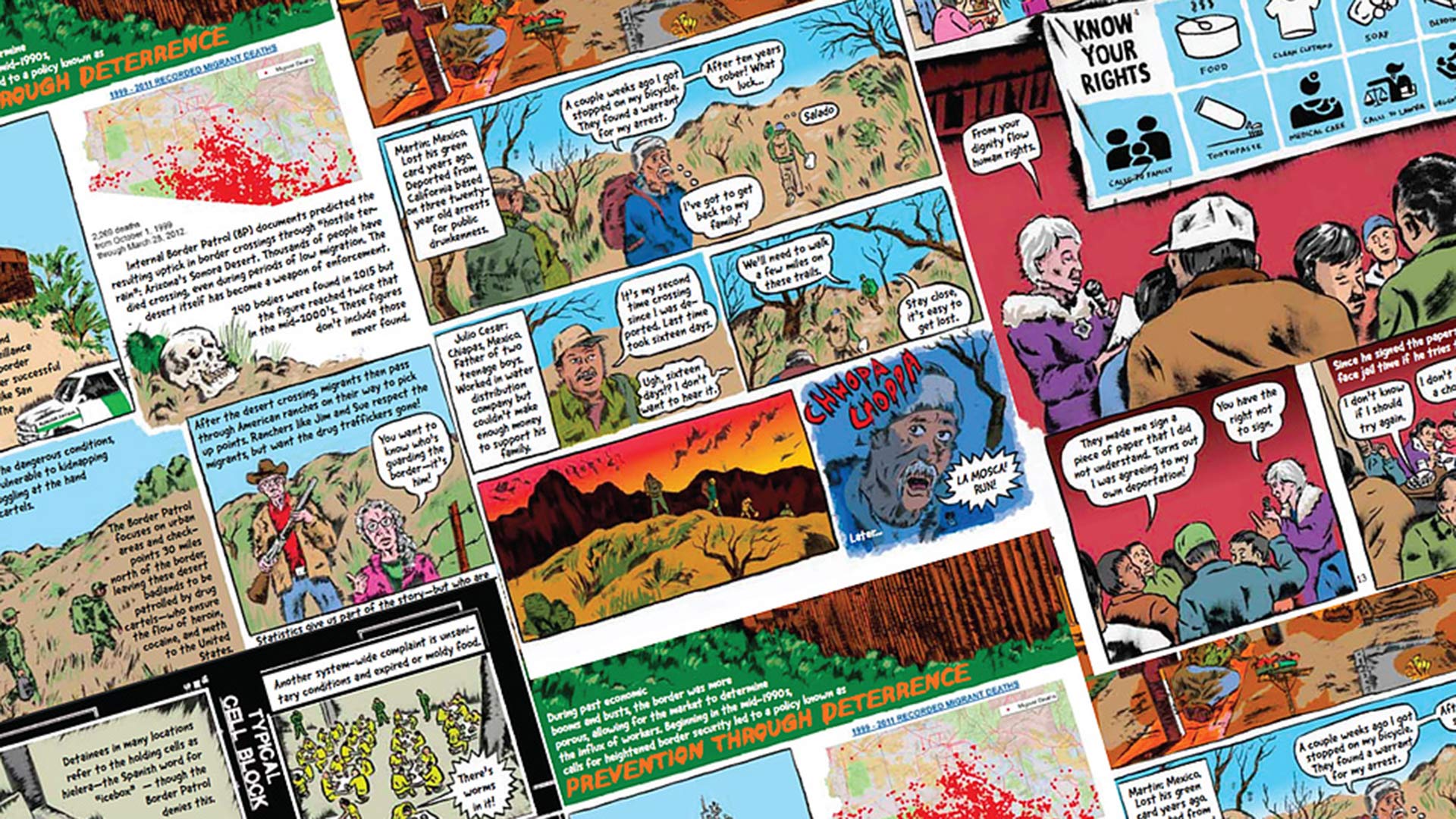 A new comic book series aimed at humanizing the statistics of those entering the U.S. illegally.
Migrant: Stories of Hope and Resiliency

The Kino Border Initiative of Nogales, Sonora, and the Hope Border Institute have partnered with an illustrator and a social-justice author to create a comic book made up of true stories of immigrants seeking to enter the United States.

The stories are about people seeking asylum in the U.S, unaccompanied minors who crossed alone, “Dreamers,” deportees and families hoping to reunite.

The comic book series is made up of true stories told in interviews on both sides of the Border. “Migrant: Stories of Hope and Resilience,” written by Jeffry Korgan and illustrated by Kevin Pyle, is intended to humanize the statistics of immigrants being arrested and deported. 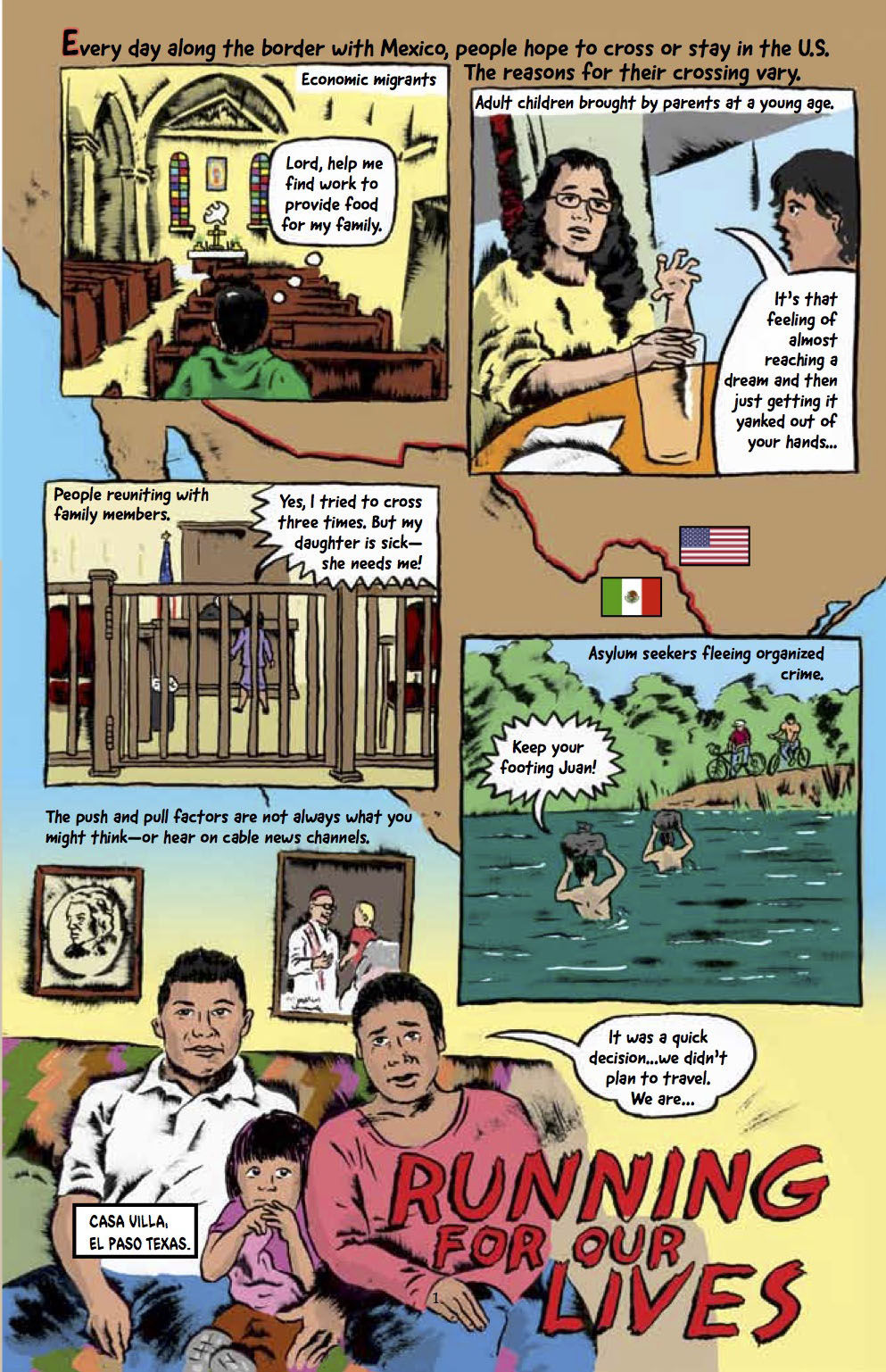 “We offer immersion experiences for students and church groups concerned about the people behind the headlines,” said Joanna Williams, director of education and advocacy for the Kino Border Initiative. “This comic book is a way of bringing their stories directly to readers throughout the United States.”

Kino Executive Director Rev. Sean Carroll added, "’Migrant: Stories of Hope and Resilience’ serves as a very helpful resource which raises the reader's awareness of the lived reality of migrant men, women and children, especially along the U.S.-Mexico border."

The first edition is 25 pages long and introduces readers to 25 people living along the border region. The full comic book can be accessed online.

Border Officials Praise Technology, Ask for More Private Prison Reports Profit Boost from Immigrants Consuls General Offer Help to Immigrants in Tucson
By posting comments, you agree to our
AZPM encourages comments, but comments that contain profanity, unrelated information, threats, libel, defamatory statements, obscenities, pornography or that violate the law are not allowed. Comments that promote commercial products or services are not allowed. Comments in violation of this policy will be removed. Continued posting of comments that violate this policy will result in the commenter being banned from the site.