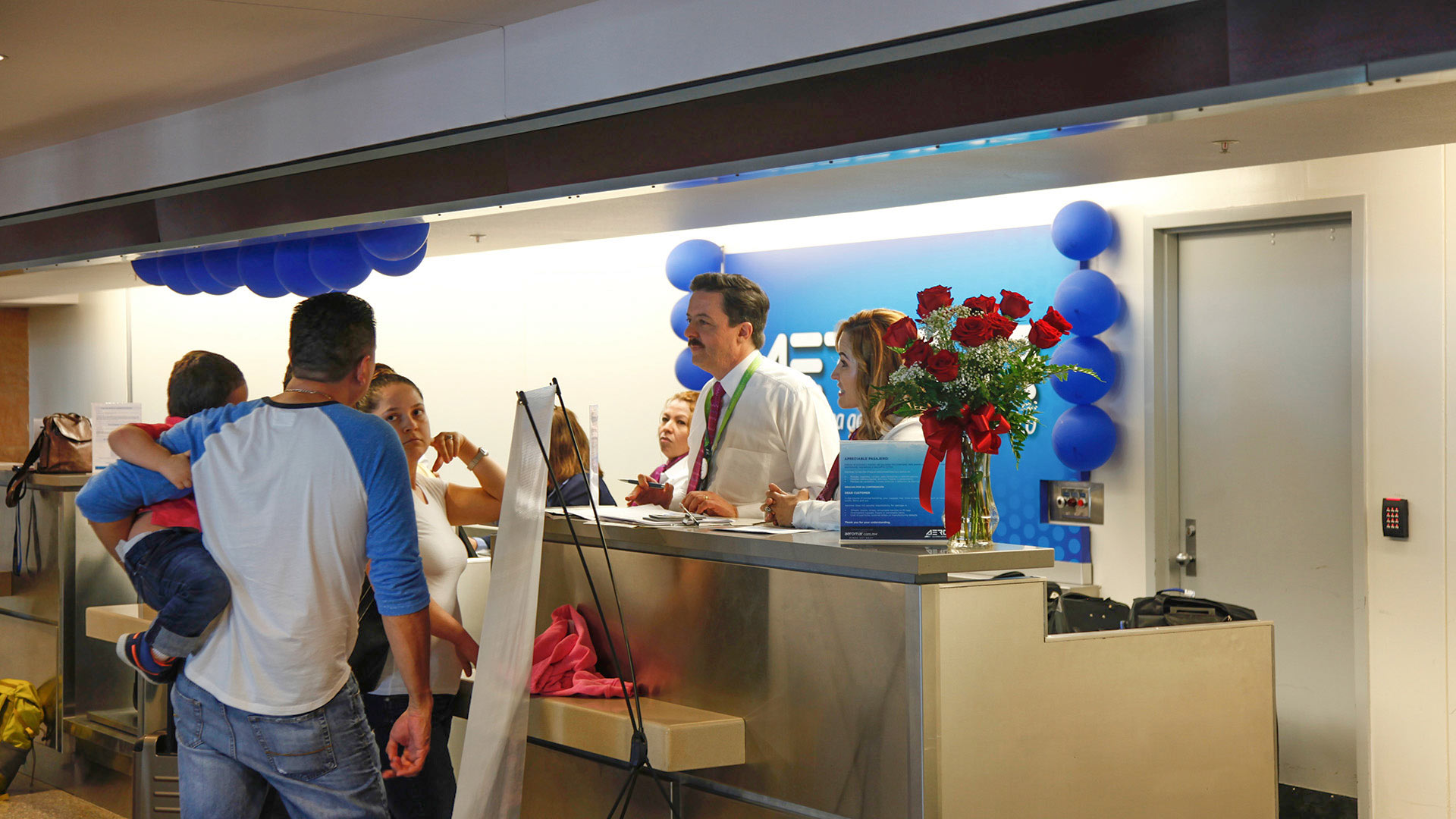 Customers check in at the ticket counter on the first day of Aeromar's 10-month service to and from Tucson.
Zac Ziegler
LISTEN

The termination of the route leaves Tucson without commercial flights to and from Mexico.

An airport officials said the change is not due to low ticket sales.

“This is not so much anything that has happened negatively in Tucson. It has more to do with some opportunities that have presented themselves for Aeromar," said Tucson Airport Authority's David Hatfield.

He said the large Mexican airlines have started to cancel routes to smaller airports, and Aeromar decided to switch its Tucson planes to cover one of those discontinued routes.

Aeromar expanded service to and from Tucson to five days a week to meet demand.

Hatfield said the airport is in talks with two airlines about adding service to and from Mexico, and one is especially interested.

“I am confident, unless something goes wrong here, that we can get this thing reinstated," he said. "It’s not anything wrong with Tucson. We proved that it works.”

An item that has proven helpful in pitching Tucson International to airlines, according to Hatfield, has been the sales data from the ten months Aeromar had a presence at the airport.

1 More Flight for Tucson Airport: Overnight to Charlotte, NC Tucson Airport Adding Route to Austin New TSA Policies Could Mean Longer Waits During Busy Season at Tucson Airport
By posting comments, you agree to our
AZPM encourages comments, but comments that contain profanity, unrelated information, threats, libel, defamatory statements, obscenities, pornography or that violate the law are not allowed. Comments that promote commercial products or services are not allowed. Comments in violation of this policy will be removed. Continued posting of comments that violate this policy will result in the commenter being banned from the site.