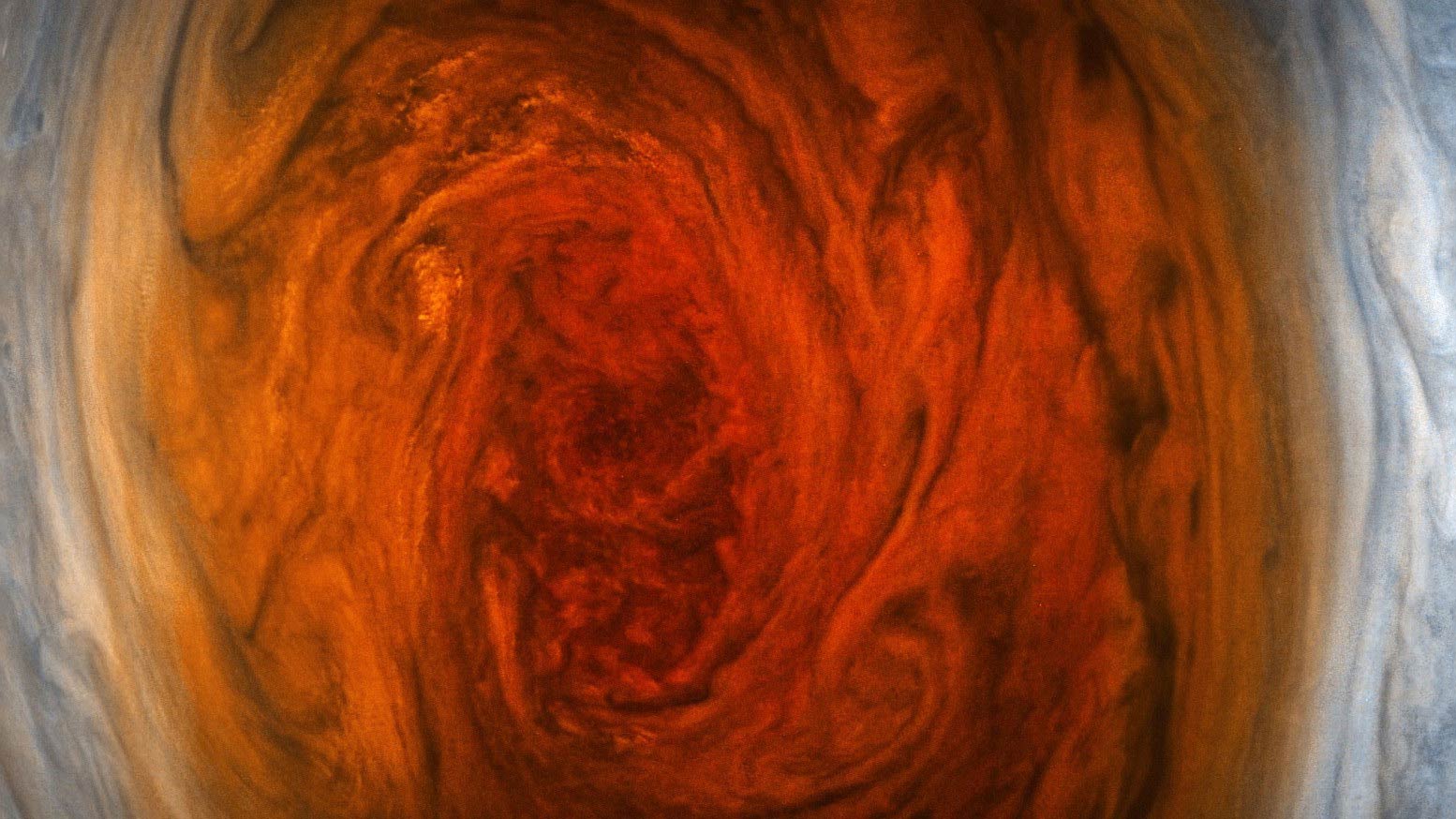 NASA’s Juno spacecraft passes over Jupiter’s surface every 53 days capturing data about the planet. It also sends back images. Last month's encounter was a flyover of the most iconic feature of the planet.

The camera took four pictures in 15 minutes of the spot from various angles, as close as 2,500 miles above the cloud tops. Amateurs couldn’t wait to start interpreting them, said Candice Hansen, the JunoCam’s leader and a scientist with the Planetary Science Institute.

“I really think people had Photoshop open and ready to go as soon as our data hit the street,” she said.

Hansen said that within a half hour of the raw data being posted to the mission’s website, people had created color enhancements and other interpretations of the images and offered them up for the world to see. Some people get creative and take artistic license with what they see.

Hansen said many more people have contributed to the gallery, which has doubled in size with the spacecraft's recent orbit.

Southern Arizona 2017 Science Highlights Tucson Camera on Jupiter Mission Reveals Cyclones Tucson Scientist Wants Public Help on Jupiter Photos
By posting comments, you agree to our
AZPM encourages comments, but comments that contain profanity, unrelated information, threats, libel, defamatory statements, obscenities, pornography or that violate the law are not allowed. Comments that promote commercial products or services are not allowed. Comments in violation of this policy will be removed. Continued posting of comments that violate this policy will result in the commenter being banned from the site.