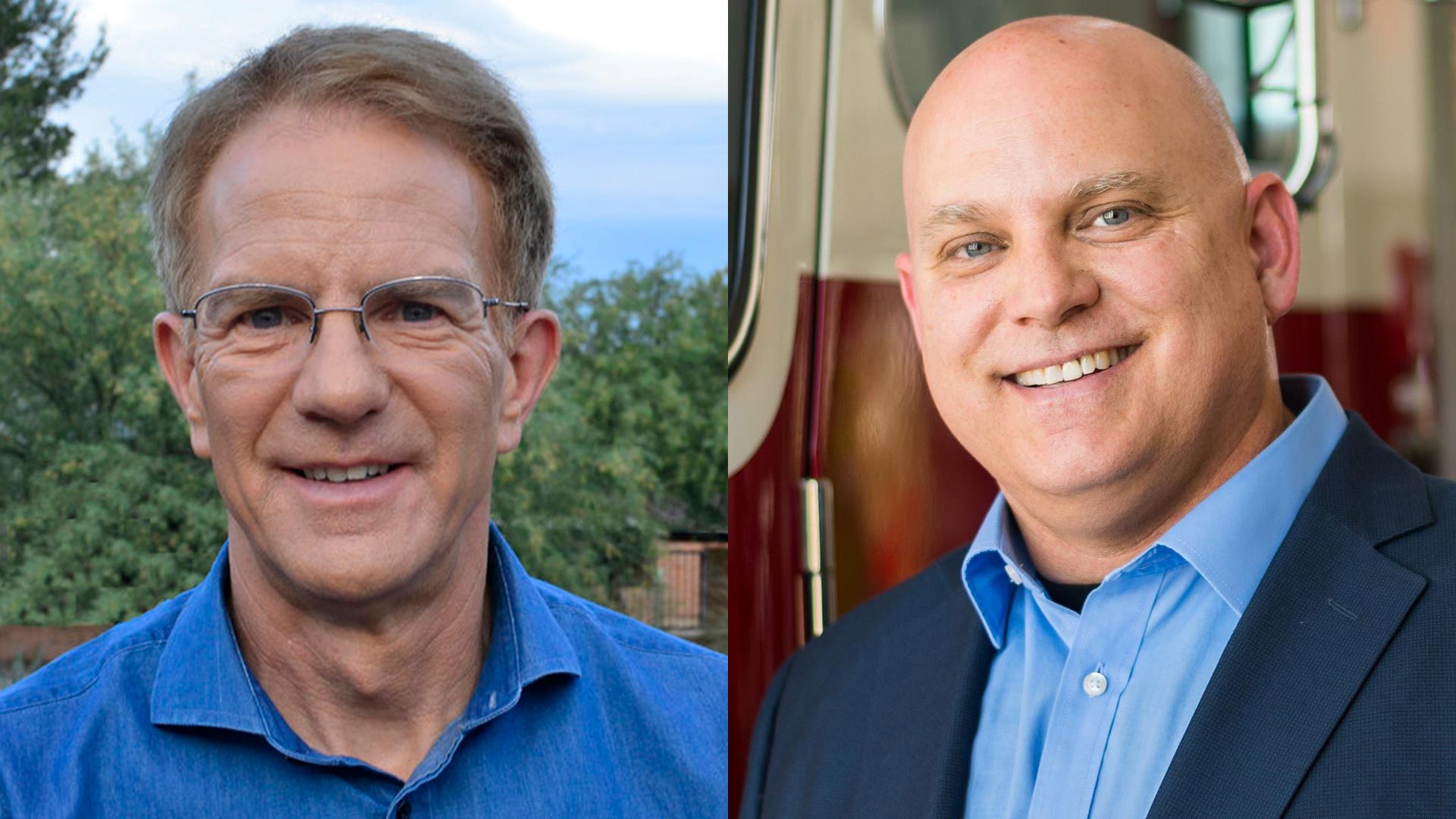 Paul Durham, left, and Gary Watson are running for the Ward 3 seat on the Tucson City Council on Nov. 7, 2017.
AZPM Staff

The race for the Ward 3 seat on the Tucson City Council is guaranteed to bring a new member to the table. That's because incumbent Karen Uhlich decided to retire when her current term ends.

The race in the general election is between Democrat Paul Durham and independent Gary Watson. Durham’s platform draws heavily from his work as a solar energy consultant. He pledges to power city operations completely by renewable energy by 2025 and said it will save taxpayers money. 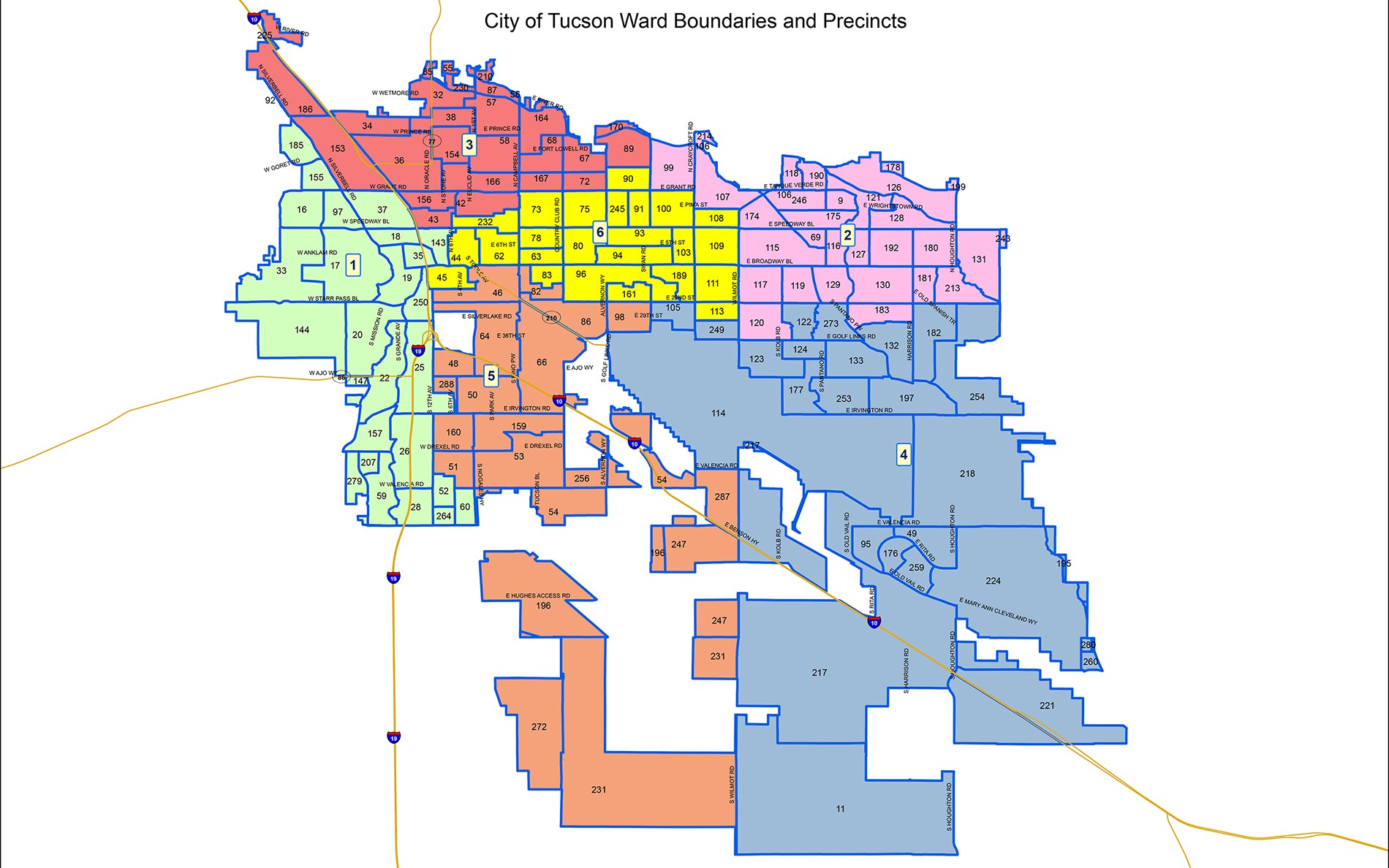 “We actually save money by converting to solar energy and renewable energy in general,” Durham said. "One of the ways we do this is by adding solar panels to city facilities across Tucson. We can save money the first month they're in operation.”

His opponent, Gary Watson, is a career firefighter and labor leader who was a Republican up until he decided to run for office. Watson said a three-hour meeting with local Republican leaders convinced both sides he wasn’t a good fit for the GOP. The deciding issue, Watson said, was the May vote on Proposition 101, a half-cent sales tax increase to fund public safety capital needs and road repairs.

“The first question is, 'Where do you stand on [Prop.] 101?' so I'm absolutely for it because our public safety is in such disarray we have to start somewhere," Watson said. "And their answer was, 'Well, no tax is a good tax and so we're against it.' And I don't believe that. Sometimes taxes are absolutely necessary because we have to take care of our community. We have to take care of our citizens that are less fortunate or that need a hand up.”

The two candidates have very different plans for stabilizing the city of Tucson’s finances, after years of deficits and budget cuts. Durham wants to speed up annexation of nearby territory, increasing the city’s share of state tax revenue.

“State shared revenues is the second largest contributor to the general fund," Durham said. “We are leaving millions of dollars on the table, and the unfortunate thing is, that table is located in Phoenix.”

Watson said Tucson needs to adopt zero-base budgeting, an approach in which every job and every project has to be justified when the budget is written. That begins with a study of city government.

“We are leaving millions of dollars on the table, and the unfortunate thing is, that table is located in Phoenix" — Paul Durham

“I want to go back and do an efficiency study, and it starts with a zero-based budget" Watson said.

"Whereas we came out of recession, we need to go back and streamline and refine, so that way, if we have another recession, we're better able to handle it. We're out of positions to cut, so we have to find those efficiencies in the budget, and then we use whatever capacity we find for that to prioritize our core services in the city.”

Watson and Durham have focused mostly on the issues in this campaign, but there has been a bit of mudslinging, too. The local Democratic party claims its candidates will “stand up to Trump.” Durham says Watson’s values are Trump values, while his own are not.

“That was a big part of the reason that I chose to run in the first place. We have many people and groups in Tucson that are under attack by Donald Trump, and we have to stand up for them,” Durham said.

Watson shrugs off the association with the president, and said if anybody in the race is being Trump-like, it’s Paul Durham.

“Paul’s running a campaign a lot more like Donald Trump than I am, with the negative ads he puts out and how he picks on people, particularly on Tom Trousdale and Felicia Chew in his primary. And then with his, he's going to take the city 100 percent solar, I'm just waiting for him to say, It'll be great, it'll be huge,’” Watson said.

Clearly neither candidate is courting an endorsement from Donald Trump, but that’s taken for granted in a city where the entire council is Democratic. Whether it stays all-Democrat is up the voters, who must get their ballots in by Nov. 7.

Tuesday is Election Day in Pima County Proposal Would Raise Sales Tax to Fund Zoo Raise Pay of Tucson Mayor, Councilmembers? Voters to Decide
By posting comments, you agree to our
AZPM encourages comments, but comments that contain profanity, unrelated information, threats, libel, defamatory statements, obscenities, pornography or that violate the law are not allowed. Comments that promote commercial products or services are not allowed. Comments in violation of this policy will be removed. Continued posting of comments that violate this policy will result in the commenter being banned from the site.