Made to Fail, Parachutes for NASA Capsule Pass Newest Test in Yuma

The capsule will eventually be used to bring astronauts safely back to Earth from deep-space exploration. by Maya Springhawk Robnett, Arizona Science Desk TWEET SHARE 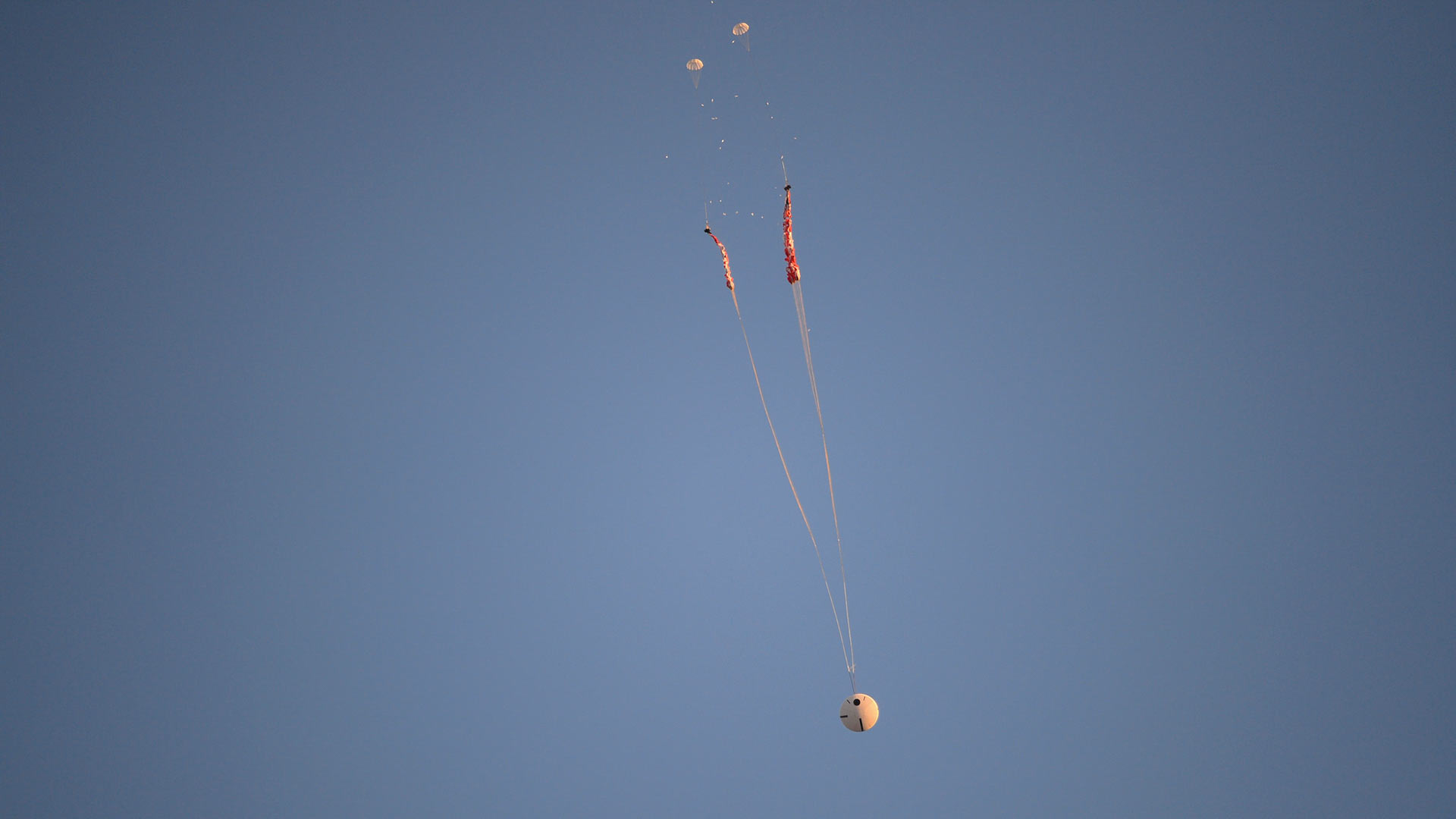 The most recent test for NASA’s Orion capsule parachute system at the Yuma Proving Ground was postponed last week. But a successful test did take place, several days later than scheduled.

The Orion Capsule parachute system was scheduled for the fifth of eight qualification tests on the Yuma Proving Ground early last Wednesday morning. The capsule will eventually be used to bring astronauts safely back to Earth from deep-space exploration.

Before the test could take place, the "back door" of the Boeing C-17 aircraft set to drop the capsule mock-up failed to open. The event was postponed, eventually taking place Friday.

The real capsule will re-enter the atmosphere at 24,500 mph before slowing to 300 mph. Butch Wilmore, a 17-year NASA astronaut who has re-entered Earth’s atmosphere in both a shuttle and a capsule, said descending at that speed necessitates a reliable parachute system.

"And that creates a lot of heat, a lot of friction. I mean, you’re inside a fireball. And when you get through that portion, you can actually feel the trajectory. And then, of course, the parachutes start to open and it is quite a ride."

NASA Mission Passes Key Milestone With Yuma Parachute Test Seven Arizona Small Businesses Receive NASA Funding South-Side Development Makes Way for Aerospace Industry
By posting comments, you agree to our
AZPM encourages comments, but comments that contain profanity, unrelated information, threats, libel, defamatory statements, obscenities, pornography or that violate the law are not allowed. Comments that promote commercial products or services are not allowed. Comments in violation of this policy will be removed. Continued posting of comments that violate this policy will result in the commenter being banned from the site.