Lifeblood of the Desert: Can Technology Solve Yuma's Water Woes? 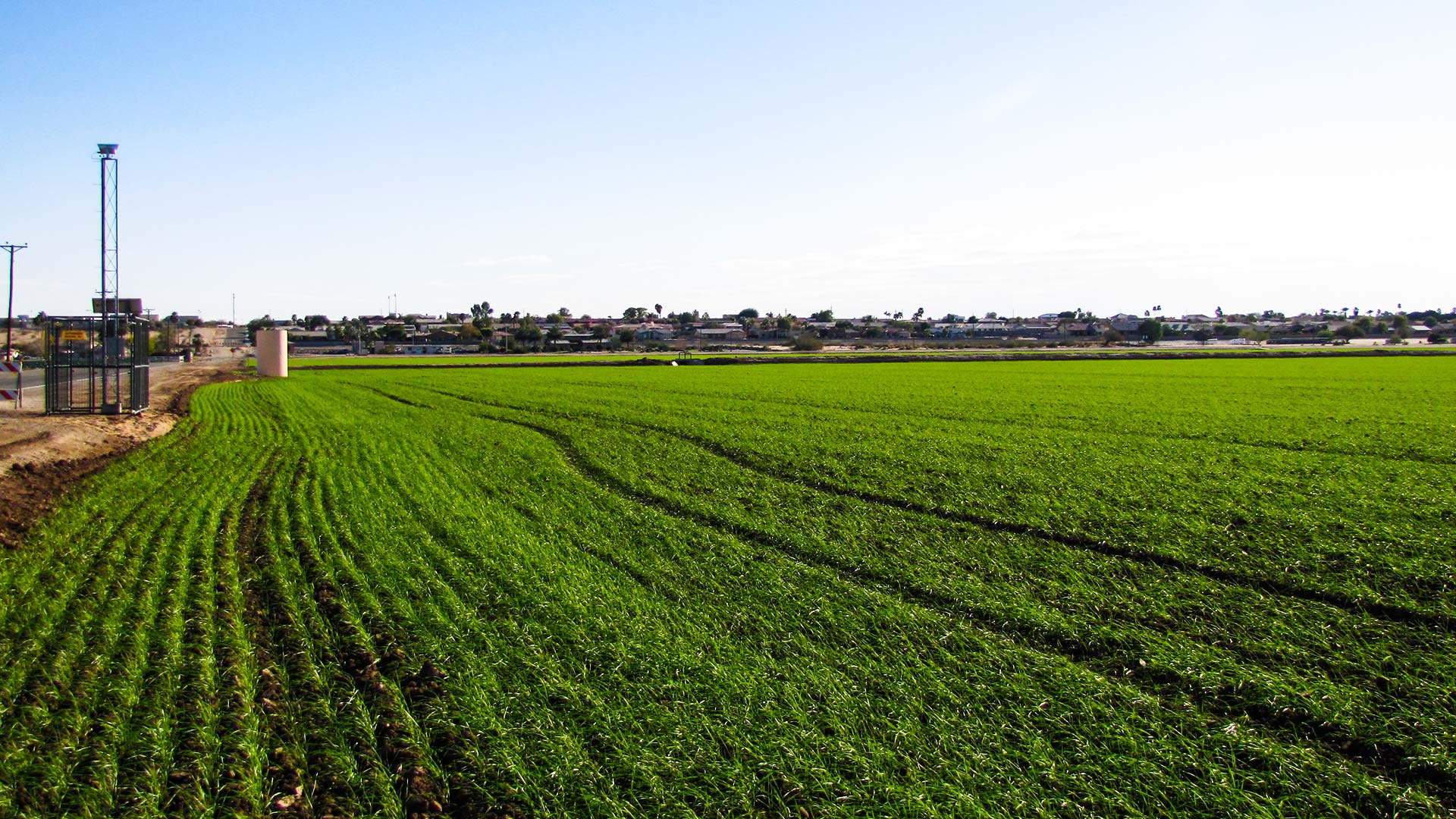 Lifeblood of the Desert is a three-part series on how cities in Arizona manage one of the state’s most critical resources, done in collaboration with KAWC in Yuma and KJZZ in Phoenix.

In Yuma, Arizona, the Colorado River is not what it was. For thousands of years, its raging water deposited rich soil in the delta, creating one of the most verdant agricultural areas in the world. Today, the river flow is 1 percent of what it was a century ago, but agriculture continues to thrive even as the water needed to maintain it dwindles due to over-allocation and drought.   How does the area’s No. 1 user of Colorado River water survive in the face of a vanishing water supply? The answer: technology.

Tractors throw dust in the air on a road next to a green field of durum wheat in Yuma, Arizona. We’re miles from the Colorado River, the lifeblood of agriculture in this desert region, but we’re surrounded by water. The over-burdened river quenches every crop here.

More from this series 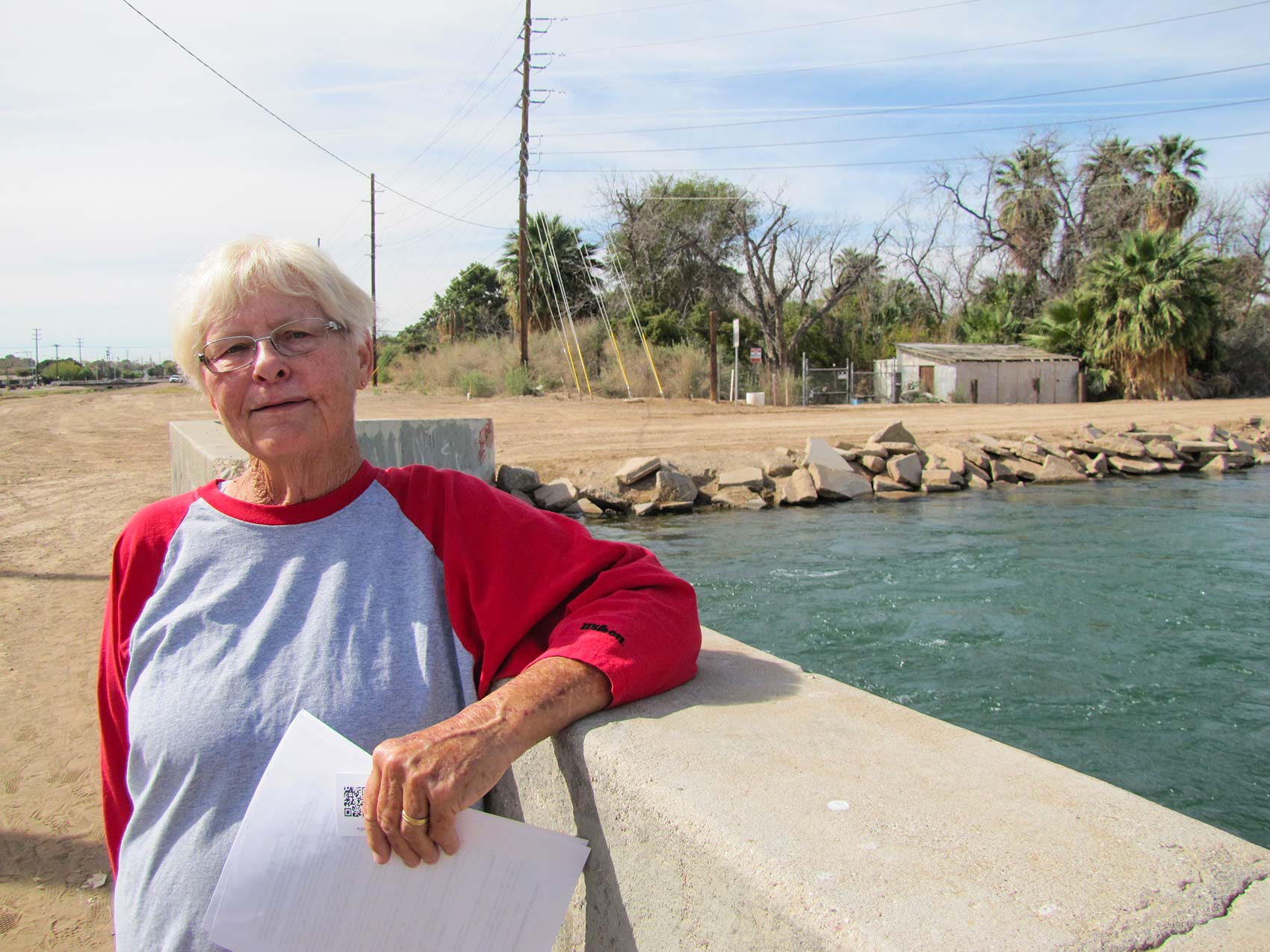 "Our average on-farm efficiency, as has been documented, at between 75 and 80 percent efficiency," said Bobbi Stevenson-McDermott, a retired conservationist for the United States Department of Agriculture. "So, there is no system that is more efficient than the Yuma County irrigation system."

Yuma County’s agriculture generates $2.5 billion in economic activity each year and produces 90 percent of all leafy vegetables grown in the United States from November to March. Stevenson-McDermott said that means Yuma County relies on Colorado River water for its very survival.

"One in four jobs in Yuma County is somehow related to agriculture. If we aren’t farming, we are going to turn into a rural wasteland. Because it all depends on our combination of water, soil, and climate."

Taking all of that into account, YCEDA, the University of Arizona, Yuma farmers NASA, are trying to quantify exactly how much water is needed for any given crop.  With the Southwest in an 18-year drought and the river over-allocated, this objective is more pressing than ever.

Charles A. Sanchez, a professor of soil, water and environmental sciences with the University of Arizona, is using special sensors to measure salt and evaporation levels in crops.

"This is a large-aperture scintillometer," he said, displaying the measuring device. 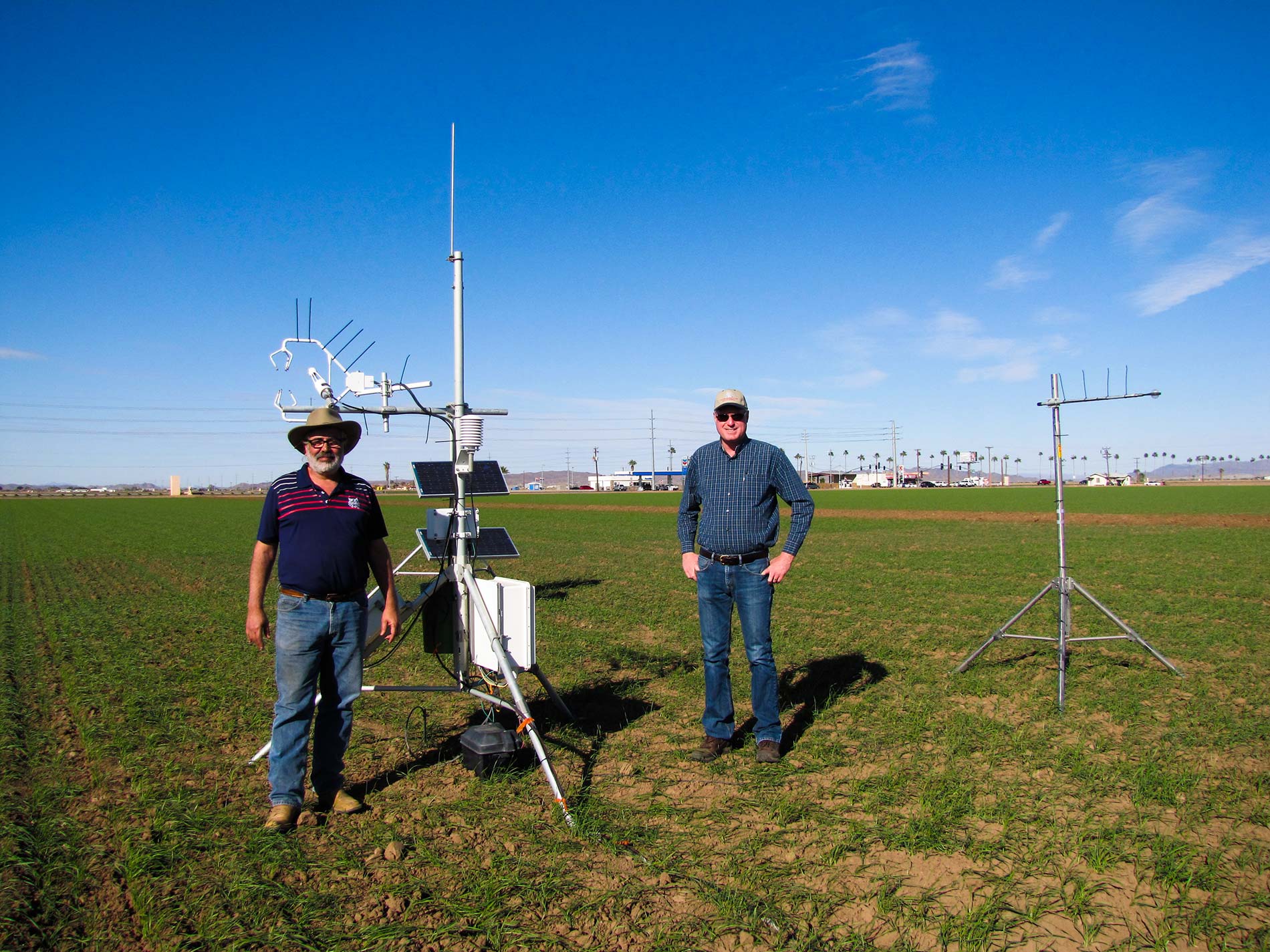 The scintollometer is a tall, thin metal structure. Other equipment being used includes an eddy covariance system and an electromagnetic conductor. They are high-tech names for sensors that collect data about heat in the air and salt in the soil.

"So we’ll know the water and salt balance throughout not only a given crop system but the multi-cropping rotations we use in this region."

Sets of these instruments have been set up in seven locations across Yuma. The data from this equipment and other sources will be used to "groundtruth" — or validate — data that NASA has agreed to share from its satellites. The entire project will cost about $1 million.

"If we aren’t farming, we are going to turn into a rural wasteland. Because it all depends on our combination of water, soil, and climate."

"These are very expensive instrumentation — they’re research tools. But, ultimately, we want to put a tool in a grower’s hands he can use."

In other words, they want to make an app for that, an app that would allow farmers to adjust water usage without fear of damaging their crops. They hope to have it available within five years.

None of this was technologically possible in 2015 when the Yuma Water Coalition thought they’d reached the limits of water efficiency. Now, Paul Brierley of YCEDA said, with science, Colorado River water users are closer than ever to accounting for every drop.

"Much of the equipment we’re using and the sensors are leading edge, they’re just coming out now. These new technologies and new ways to be able to collect data allow us to be more efficient in ways that we couldn’t before because we just didn’t have the data."

Lifeblood of the Desert is a three-part series on how cities in Arizona manage one of the state’s most critical resources: water. See more from this series.
MORE: Agriculture, Arizona Science Desk, News, Water

Understanding the Issues in Arizona's 3rd Congressional District Arizona Utility Company Customers Advised to Boil Water Arizona-based Solar Firm Draws Drinking Water From Air
By posting comments, you agree to our
AZPM encourages comments, but comments that contain profanity, unrelated information, threats, libel, defamatory statements, obscenities, pornography or that violate the law are not allowed. Comments that promote commercial products or services are not allowed. Comments in violation of this policy will be removed. Continued posting of comments that violate this policy will result in the commenter being banned from the site.