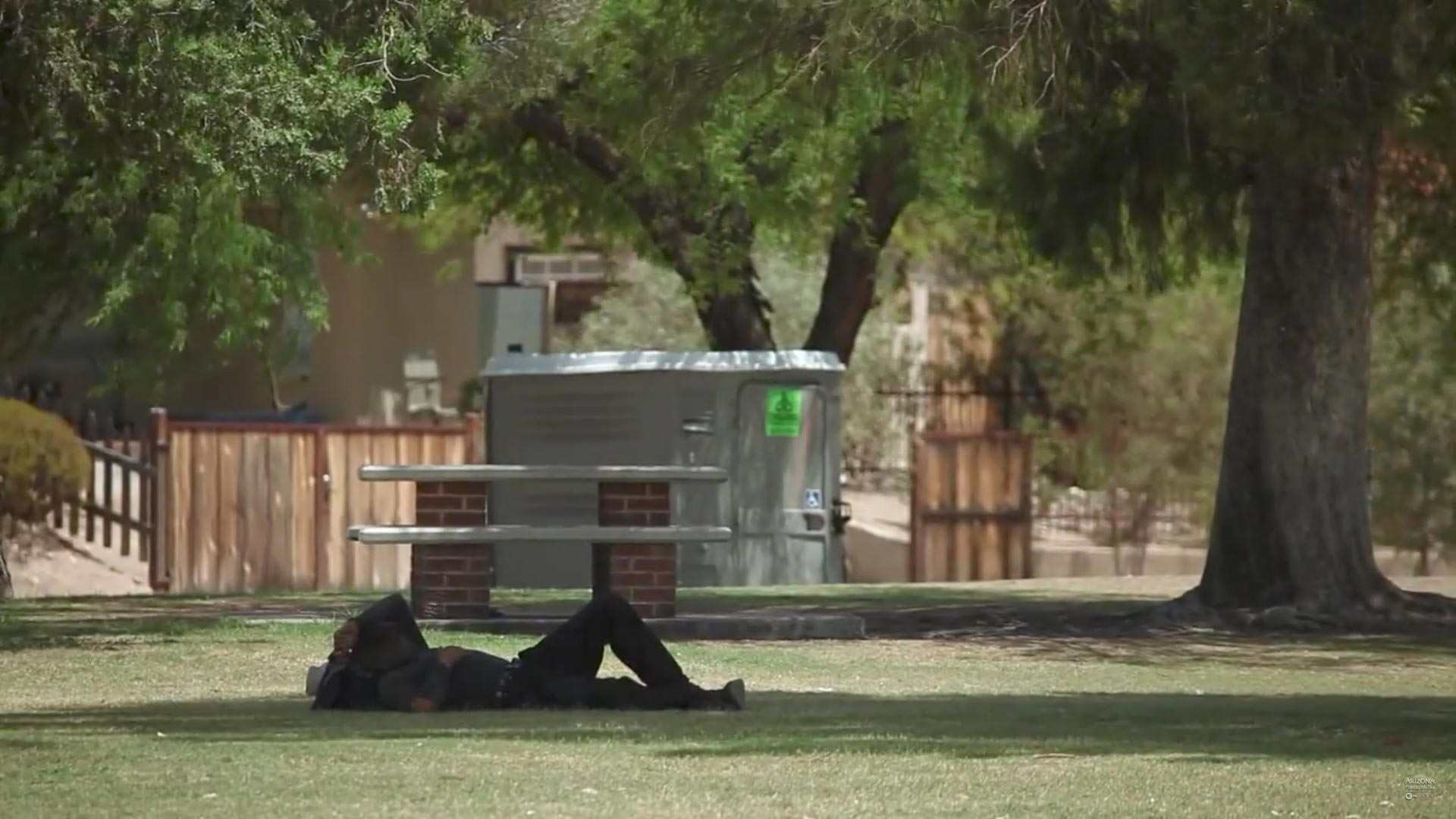 A man rests in the shade on a hot day in Tucson.

Those hoping for a summer that does not include talk of record-breaking heat may be in for a disappointing season.

Predictions from the National Weather Service's Tucson office show above-normal heat will most likely stretch from the spring into the summer.

"It looks like that's going to hold true again this year," he said. "We are expecting above-normal temperatures in June. There could be some very hot days."

That heat is often the weather event that begins the process that draws storms north from the Gulf of California and triggers the monsoon.

"We're not indicating a below-normal rainfall at this time," said Drozd. "We're at least having a chance to see normal or even above normal."

Last year's monsoon was among the wettest on record. Most of that rain came in July, which was the second-wettest month on record in Tucson.

4 More Weeks of Monsoon, Tucson Has Beaten Normal Rain Totals Monsoon Lightning Zaps Tucson Weather Radar Tower Train Traffic Moving Again Through Arizona Derailment Site
By posting comments, you agree to our
AZPM encourages comments, but comments that contain profanity, unrelated information, threats, libel, defamatory statements, obscenities, pornography or that violate the law are not allowed. Comments that promote commercial products or services are not allowed. Comments in violation of this policy will be removed. Continued posting of comments that violate this policy will result in the commenter being banned from the site.