Melania Trump makes stops in Tucson and Phoenix during her visit. by Associated Press Tweet 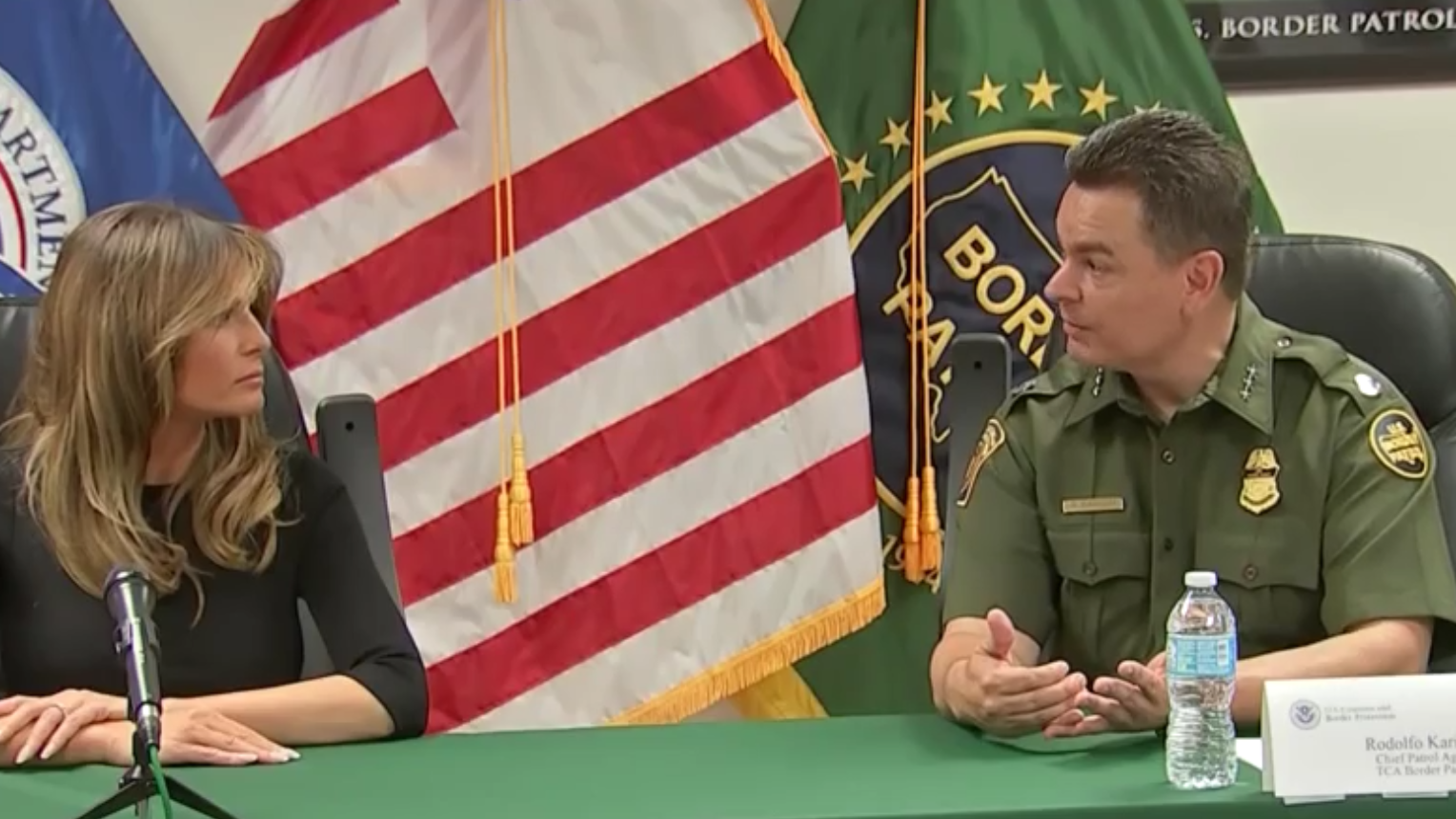 First Lady Melania Trump arrived in Tucson Thursday morning to meet with officials and citizens to talk about conditions on the border.

She then traveled to Phoenix to tour facilities where migrant children are being held after entering the U.S. illegally.

Shortly after arriving at Davis-Monthan Air Force Base, the first lady took part in a round-table discussion with representatives of federal law enforcement agencies.

Border Patrol sector chief Rodolfo Karisch showed her pictures of a six-year-old boy abandoned by smugglers in the desert earlier this week:

The first lady also visited what officials described as a short-term holding center for migrant minors.

This is her second trip to the border amid outrage over her husband's now-suspended policy of separating migrant children from their families when they cross the border illegally.

Recent Events Empower US Border Patrol, Immigration Advocates Warn Border Patrol Works on Reputation One-on-One, Over Coffee Grijalva Adds Voice to Call to End ICE
By posting comments, you agree to our
AZPM encourages comments, but comments that contain profanity, unrelated information, threats, libel, defamatory statements, obscenities, pornography or that violate the law are not allowed. Comments that promote commercial products or services are not allowed. Comments in violation of this policy will be removed. Continued posting of comments that violate this policy will result in the commenter being banned from the site.