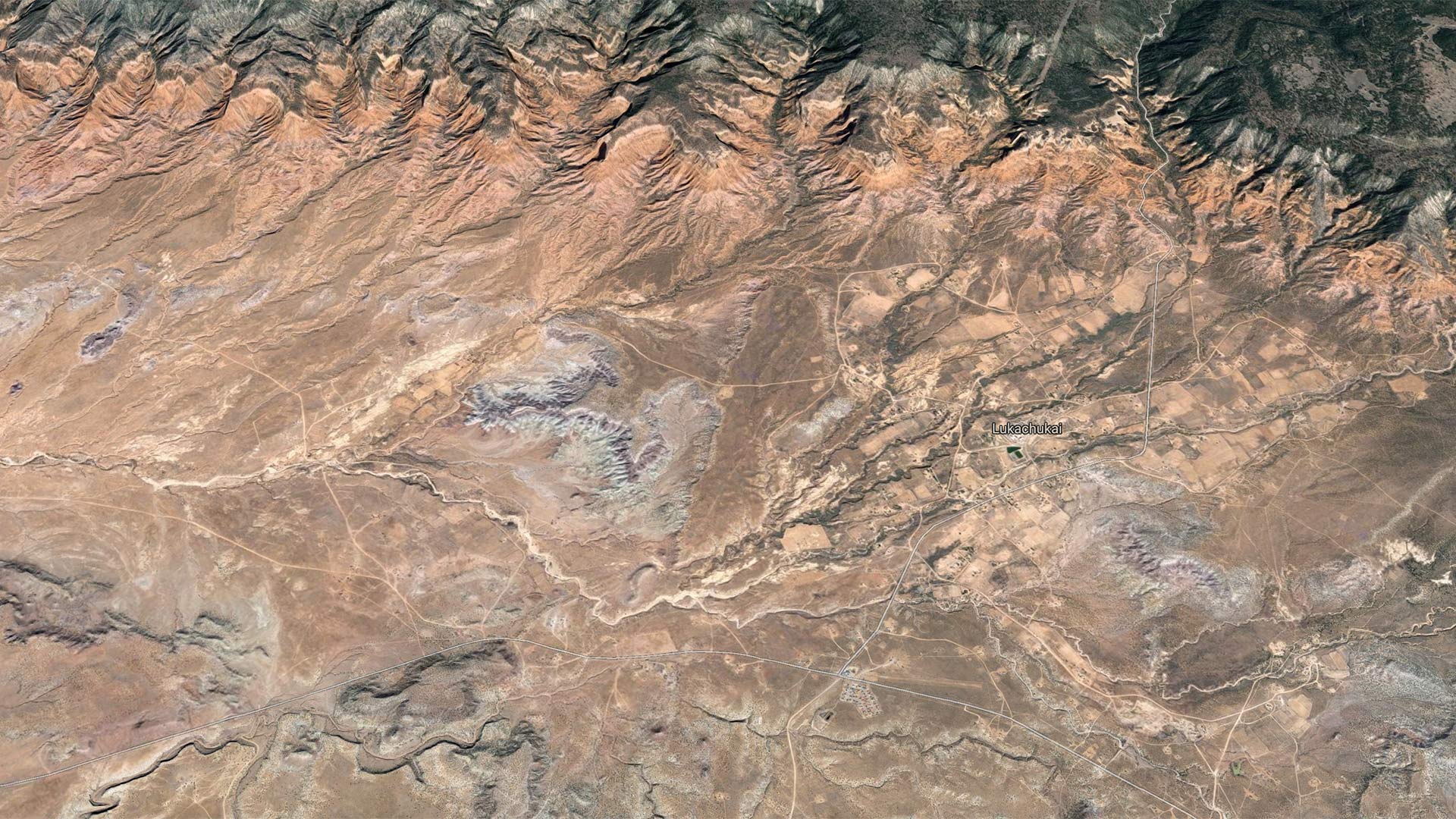 FLAGSTAFF — Down the road from Hank Blair's trading post in the tiny community of Lukachukai on the Navajo Nation, a sign occasionally would pop up in a corn field saying the crop was ready.

But the announcement wasn't for corn. It was a sign that a local gang was dealing a fresh supply of cocaine and methamphetamine.

For 15 years, the Red Skin Kingz terrorized this remote section of the vast reservation near the Arizona-New Mexico border. Dealing in drugs, murder, kidnapping, arson and aggravated and sexual assaults, the gang intimidated the community where law enforcement is more than 45 minutes away on a good day.

"They were the most organized, worst people that we've had around here forever," said Blair, who has owned the Totsoh Trading Post for 34 years. "It was scary."

Now, after the recent sentencing of three high-profile gang members, including a mother and son, authorities believe they have shut down the gang that meted out a level of violence not seen by gangs on the reservation since the 1990s.

Authorities conducted more than 300 interviews in the investigation of the Red Skin Kingz, using a task force made up of tribal, state and federal officials, said Michael Caputo, an FBI assistant special agent in charge for the Arizona district. It was formed in the mid-1990s when the Navajo Nation saw an explosion of gang activity in and around its capital of Window Rock, with turf wars, drive-by shootings and retaliatory killings. The model since has expanded to other parts of Indian Country.

Navajo Nation residents, numbed to silence by a gang that raised its profile on social media and threatened people to keep them from talking to police, are encouraged but still wary.

"This investigation did cut off the head of the snake, if you will, and we took out all the main players that were involved in this gang," Caputo said.

"Did we get everybody? Hard to say," he said.

Lukachukai is at the base of the mountains, about 10 miles from Dine College, the first college established by an American Indian tribe in the United States. The community of about 1,700 has a boarding school, gas station, post office, the trading post and mostly scattered housing.

Community members witnessed the gang's crimes for years, Blair said. But with the closest police district so far away, no one was sure authorities would or could make a difference, he said.

The death of a man in late 2014 was a turning point. Tim Saucedo's family in Gallup, New Mexico, reported him missing, and authorities discovered he was shot in the chest by two gang members at a picnic area in Wheatfields Lake where they met for a drug deal. Saucedo's body was dismembered and burned in a fire pit, according to court documents.

"It started falling together, looking at all these and doing the research all the way back to the 2012 time frame," he said.

The Red Skin Kingz didn't match the level of gang violence in the 1990s, but the drug trafficking operation was among the most organized police have seen on the reservation, Henderson said. The planning of criminal activity centered mostly around a steamed corn business, according to court documents. Members would gain status by selling drugs, collecting debts and assaulting community members, court documents state.

The charges against the five Red Skin Kingz under a federal racketeering statute meant to combat organized crime are rare in Indian Country, prosecutors said. The other two defendants — Uriah Shay and Randall Begay — will be sentenced later this year.

Getting the community to talk was difficult because people feared retaliation. Some lived near the suspects and others are family or related by clan. Many who worked up the courage to talk would only do so anonymously, Henderson said.

Philip Sandoval Jr, the vice president of the Lukachukai Chapter, was hesitant to say anything even after Gray, Leonard and Leonard's mother, Lucille, were sentenced to lengthy prison terms.

"You start opening your mouth and saying this and that," Sandoval said. "You don't know who is still out there."

After Saucedo was killed, the gang kidnapped a witness and threatened to harm her child if she told anyone what happened. Gang members also stole vehicles and burned the dwelling of one of their victims because they believed the family was cooperating with law enforcement, court documents state.

Samuel Yazzie, the Lukachukai Chapter president, said that even after the arrests, some residents remain afraid, unwilling to photograph or report suspicious activity, or publicly call out suspects, he said.

"I understand, but I think that's the way it goes," he said this week.

Henderson can't say for sure whether the arrests of the gang members have made the community safer. But he points to drops in the number of felony sexual assaults, homicides, robberies and aggravated assaults since the arrests in the police district that includes Lukachukai.

"It's interesting to see those numbers," he said.

Navajo Nation Latest to Sue Over Opioid Epidemic in US Navajo Allocate $3 Million to Area Stuck in Poverty for Decades NPS closes route to Quitobaquito Springs
By posting comments, you agree to our
AZPM encourages comments, but comments that contain profanity, unrelated information, threats, libel, defamatory statements, obscenities, pornography or that violate the law are not allowed. Comments that promote commercial products or services are not allowed. Comments in violation of this policy will be removed. Continued posting of comments that violate this policy will result in the commenter being banned from the site.