The company previously said children were at the facility Phoenix for a few hours, but changed their story at the end of last week. by Christopher Conover Tweet 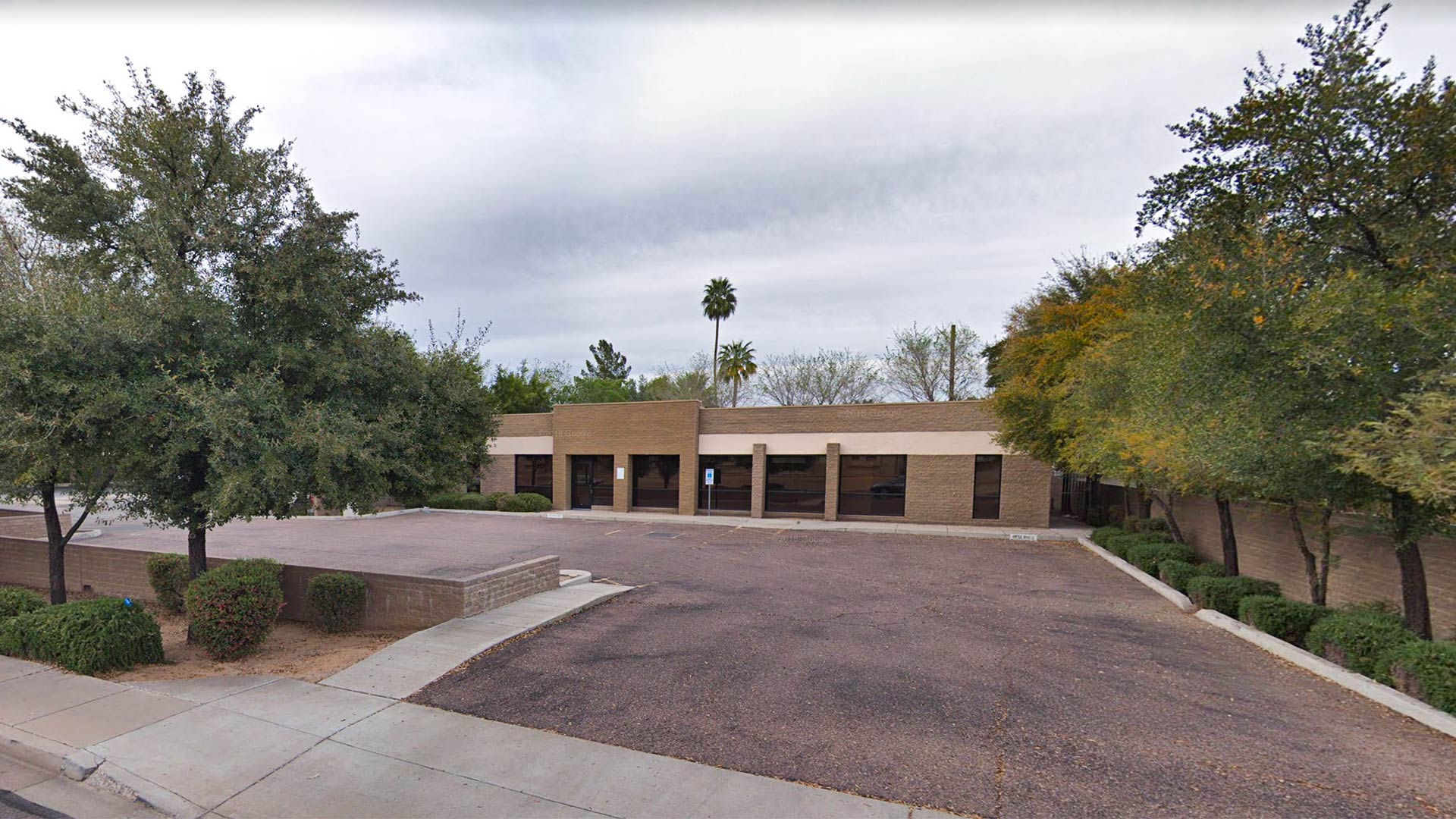 Google Streetview image of a Phoenix building run by MVM. The company eventually acknowledged housing migrant children overnight at the facility after denying it did so.

Virginia-based contractor MVM now says it did keep migrant children at a Phoenix-area office building overnight. That change comes after days of denying the accusation.

MVM first admitted the change to Reveal in a story published Thursday night.

On Monday, July 9, MVM sent a strongly worded statement to Arizona Public Media denying it ever kept children at the facility in Phoenix.

MVM spokesman Joe Arabit wrote, “Children are not housed at the office building.”

But when questioned on Friday about the Reveal story, Arabit that night wrote in an email to Arizona Public Media: “I confirmed that we recently discovered some instances where children stayed for more than several hours, including overnight, at the Phoenix building because of travel delays and placement issues by [the Office of Refugee Resettlement)]. It was not a routine practice and one that violated MVM’s own policies regarding children’s accommodations, which has led us to do a full program review.”

According to the MVM website, the company offers investigative and legal support, professional and administrative services, information technology services, and mission solutions to a list of clients that includes a number of federal agencies.

Democrats from across the state gathered at the building Monday, July 9 demanding an investigation and inspections of the facility.

Gubernatorial candidate Steve Farley said, "This is right in the wheelhouse of our Department of Health Services, who is given the legal charge to license childcare facilities, and this facility is currently in violation of that."

Fellow Democratic candidate for governor David Garcia issued a statement that said, "The Phoenix facility should be closed and investigated."

MVM officials said they contacted the Bureau of Child Care Licensing with the Arizona Department of Health Services to see if they needed a license for the facility and were told they do not because no children are spending the night in the office building.

Officials with the bureau could not confirm any conversations with MVM. They did confirm that MVM has not applied for a child care license for that location.

On Monday, July 9, inspectors from the Arizona Department of Health Services did conduct an onsite investigation of the facility.

In an email to Arizona Public Media, Colby Bower with ADHS said the inspectors were "unable to verify the allegations of an unlicensed child care facility." According to the email, inspectors encountered a "locked, empty, unoccupied building."

When asked if MVM operates other facilities, Arabit wrote he was "unable to provide any additional details on sensitive information regarding facilities."

Judge Temporarily Halts Deportation of Reunified Families Former Employee Shares Experiences Inside Shelter for Immigrant Children State Lawmakers Visit Child Migrant Detention Center in Tucson
By posting comments, you agree to our
AZPM encourages comments, but comments that contain profanity, unrelated information, threats, libel, defamatory statements, obscenities, pornography or that violate the law are not allowed. Comments that promote commercial products or services are not allowed. Comments in violation of this policy will be removed. Continued posting of comments that violate this policy will result in the commenter being banned from the site.