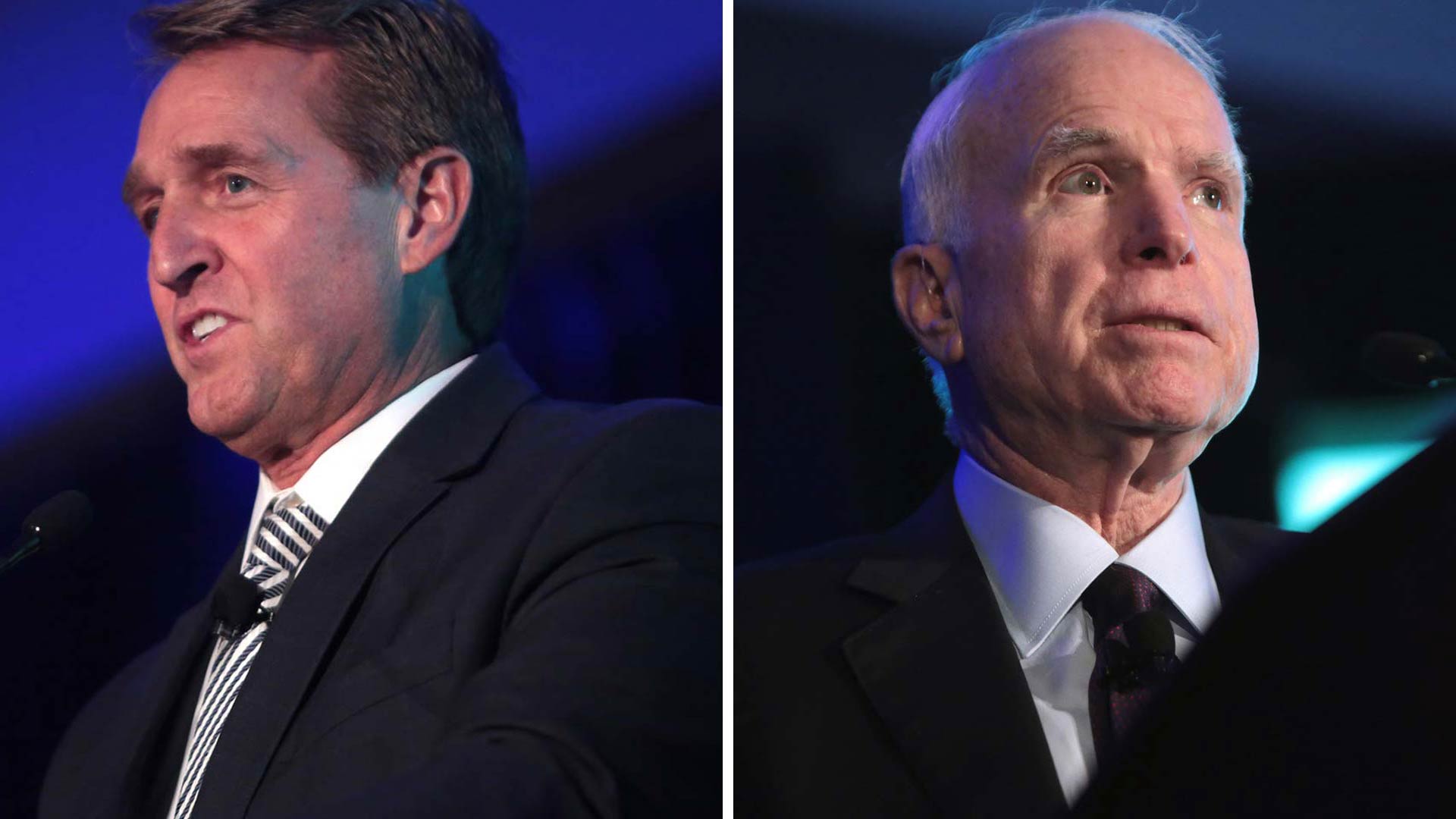 Some Democrats say Congress should hold up the confirmation of Supreme Court nominee Brett Kavanaugh, to show its outrage over the president's attitude toward Russia, but in an MSNBC interview today, Flake refused to go that far:

"No, I'm not going there yet. I think there are things that we can do to let the president know where we stand, and imposing additional sanctions if we need to, if that's what's appropriate in terms of response, is what we need to do," the Arizona Republican said.

Flake refused to elaborate on what he meant by using the word "yet."

Arizona's other Republican Senator, John McCain, issued a stinging rebuke of the president, saying Trump made a "conscious choice to defend a tyrant."

Flake Warns of Looming Trade War Flake Faults Fellow Republicans for Following President's Lead Flake and McCain Denounce Trump's Attacks on the Media
By posting comments, you agree to our
AZPM encourages comments, but comments that contain profanity, unrelated information, threats, libel, defamatory statements, obscenities, pornography or that violate the law are not allowed. Comments that promote commercial products or services are not allowed. Comments in violation of this policy will be removed. Continued posting of comments that violate this policy will result in the commenter being banned from the site.